Immortalised in The Beatles song Dr. Robert and in Richard Hamilton's Swingeing London 67, a brilliant new show at Pace Gallery celebrates the huge importance and influence of legendary art dealer to the stars Robert Fraser

Pretty much the first thing you see when you walk into Pace London’s new show, A Strong Sweet Smell of Incense, is the drum featured on the cover of The Beatles’ Sgt. Pepper’s Lonely Hearts Club Band album, created by Sir Peter Blake in the late '60s with his then wife, Jann Haworth. It’s one of the many artworks in the show that arguably would never have come into existence were it not for the subject of the show, the infamous 1960s (and 80s) gallery owner, Robert Fraser, or Groovy Bob, as he was colloquially known to his famous friends, more of whom, in a moment. 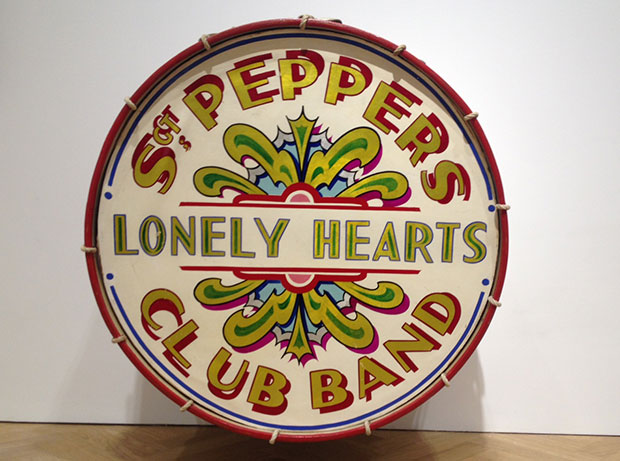 Fraser (famously the Dr. Robert of The Beatles song of the same name, and the chap pictured handcuffed to Mick Jagger in the back of a police van in Richard Hamilton’s iconic Swingeing London 67 painting) was the man who hooked up the emerging artists of the early to mid-1960s with a rock n roll audience, eager to adorn the walls of its Chelsea pads with the new and exciting art forms coming out of New York and London. Like most of the events that characterized Fraser’s life there’s a story attached to the Pepper cover. 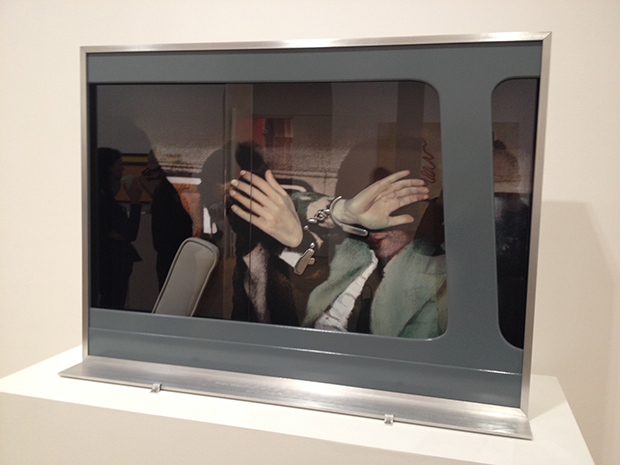 Fraser biographer Harriet Vyner, the show’s co-curator along with artist Brian Clarke (whose beautiful work Fraser showed in the early eighties, shortly before his death from AIDS in 1986) tells Phaidon that Sir Paul McCartney originally wanted to use Dutch design collective The Fool to create the cover of the album. Fraser, with the confidence of a man instrumental in the early careers of future greats such Francis Bacon, Gerhard Richter, Claes Oldenburg, Gilbert and George, Eduardo Paolozzi and Bridget Riley among others, told McCartney, the biggest pop star on the planet,  he was making a mistake.

Despite Sir thumbs aloft’s protestations – “Robert, it’s our record, we’ll do what we like!” – Fraser won McCartney over and Sgt. Pepper became one of the rock and art world’s most famous crossover moments. As the various versions of the story goes, Fraser later sold The Beatles bassist the René Magritte apple painting which apparently informed the design for the band's record label, Apple. 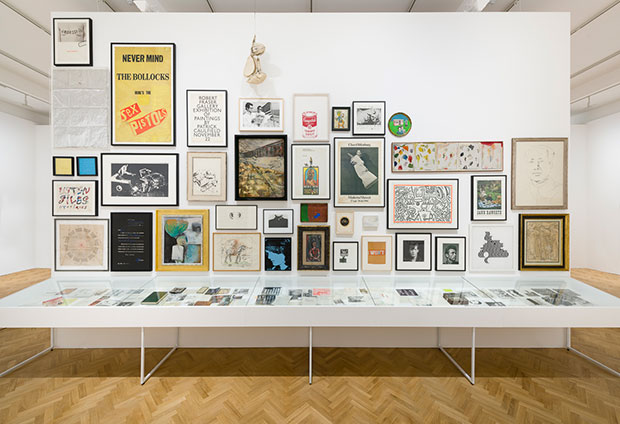 So The Pace London show, A Strong Sweet Smell of Incense: A Portrait of Robert Fraser is a fascinating one on many levels – not least because it features a huge and varied body of work by the likes of: Francis Bacon, Keith Haring, Gerhard Richter, Claes Oldenburg, Jean-Michel Basquiat, Andy Warhol, Gilbert and George, Elsworth Kelly, Eduardo Paolozzi, Bridget Riley, Jean Dubuffet, Robert Mapplethorpe, Jamie Reid, Mies van der Rohe, Ed Ruscha – but also because it provides a good opportunity to reassess the career and impact of a gallerist whose life and career was so intertwined with swinging London that the effervescent fizz of that era often threatens to overshadow his very real influence in inspiring and championing the artists he debuted on his gallery walls. 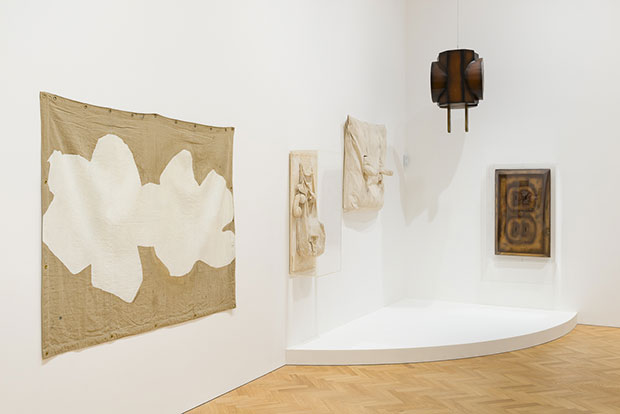 “The word ‘celebrity’ is very low down on the list of words that come to my mind when I think of Robert,” Brian Clarke tells Phaidon. “But it’s often the first word that comes to most people’s minds. ‘Dangerous’ is the word I think of when I think of Robert. Not because of his consumptions" (Fraser eventually, inevitably, succumbed to alcohol and heroin addiction) "but because he  was agreeably unpredictable," says Clarke. "He made you feel alive. If anything was likely to happen in London that night you were in the right place for it if you were hanging out with Robert. Because if it didn’t happen he would go somewhere elsewhere it was happening, or he would make it happen.”

“The very first night I went out with Robert we were walking through Soho and a chef came out of a restaurant waving a meat cleaver – proper Hollywood movie style," laughs Clarke. "This guy was screaming and shouting, and Robert was whispering under his breath, ‘Ignore him, move on. Ignore him, move on.’ He’d obviously run up a huge bill there that he’d never attempted to pay and instead of paying had just moved on to dining in another restaurant.” 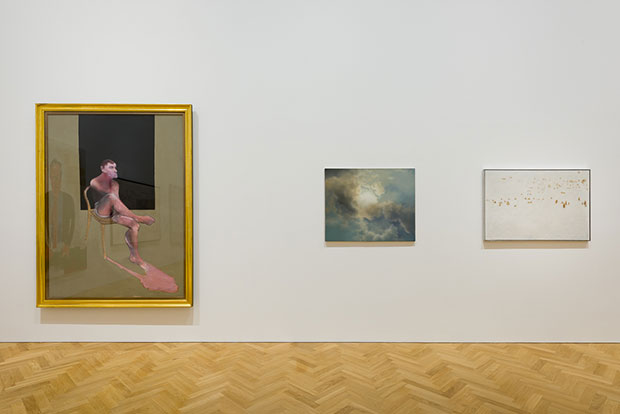 The grandson of Lord Selfridge’s butler and the son of an army officer Fraser was by Vyner’s description, precocious from an early age. “He was always interested in art from a child. He was very precocious in that way. He wrote one letter to his parents when he was about eight saying ‘I don’t think you like or understand the new Picassos whereas I think they have great rhythm.’ "

That certaintly served him well throughout his working life. Fraser was, according to legend, the first person to hang against a purely white gallery wall (though when the hang of a Bridget Riley show wasn’t quite working he unhesitatingly painted everything – absolutely everything – black). The designer of his first gallery was the legendarily avant-garde architect Cedric Price and the artists he worked with were of the collective opinion that if you weren’t with Robert, you weren’t really anywhere. 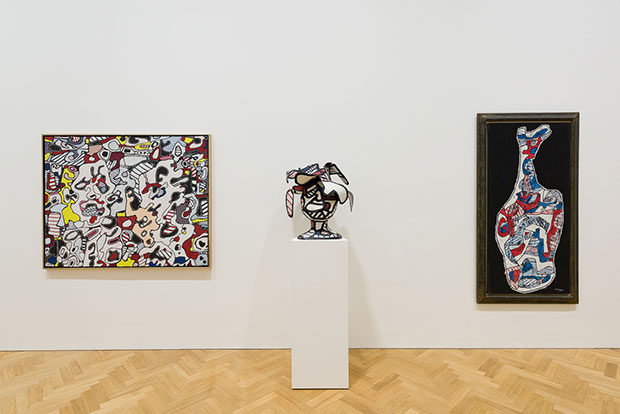 “He was kind of up for most things and interested in a lot of stuff, there was a level of curiosity and humour to him," says Vyner, who was a teenage friend of his god daughter. "He radiated a certainty about an artist’s work." Clarke calls it a “fuck you-ery” which he inculcated in the artists he showed.

“The first time I met him I was a teenager and we went with Malcolm McLaren to see Adam and the Ants,” Vyner says. “This was before his pop star success and Malcolm was interested in managing them. It gave me a taste of the energy of Robert. He would look around the room and he wasn’t at all fazed by all the punks. I thought he was very odd indeed and I liked him very, very much, although he got quite agitated when we teased him about the name Groovy Bob." 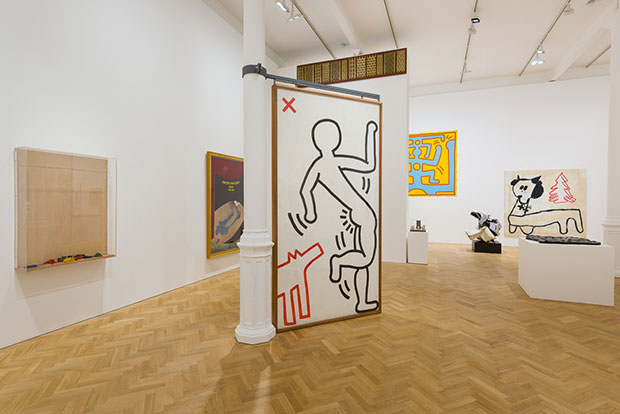 From the outset Fraser was an avid supporter of Neo-Expressionism, Pop Art and Op Art – and the works on show at Pace represent his wide-ranging influences and eclectic taste. There are works that Fraser owned, ones he showed and others that reflected the cultural background in which his gallery flourished. In addition to the work from the 1960s there is work by artists who Fraser showed and championed in the early 80s among them a painting of him by Jean-Michel Basquiat, a Keith Haring painted on a sliding wall in Fraser’s studio and a selection of documentary photos, texts and artifacts from back in the day.

He hooked up with Haring and Basquiat on his return to the gallery scene from India where he'd retired to lick his wounds in the '70s, following vindictive drugs prosecutions by the British judiciary – as an ex-Eton boy and son of an army officer “he ought to have known better” said one judge, commenting on his drugs bust with Jagger, and a largely trumped up charge of vagrancy for showing rather vanilla Jim Dine images depicting male and female genitals. 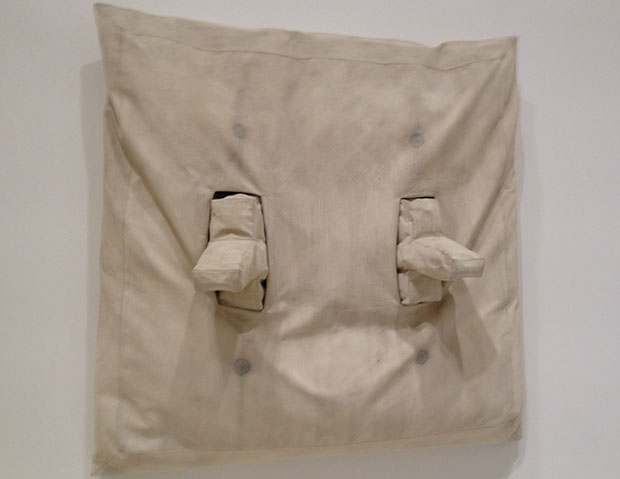 “People are so obsessed with the 60s gallery they forget that the 80s gallery was just as important as it was to the 60s guys," Clarke tells Phaidon. "To people like Keith Haring and Jean-Michel Basquiat it was where you met each other.”

Nevertheless, it was many of the sixties artist who Clarke says made their best work with Robert and he was touched when they reached out to him with offers of help in putting the show together. Richard Hamilton’s second wife Rita Donagh gave him the go ahead to use the original Swingeing London 67 along with a new version Hamilton completed just five days before his death in September 2011. "Everybody said we wouldn’t be able to get it, and really, without that you couldn’t do the full show," says Clarke. 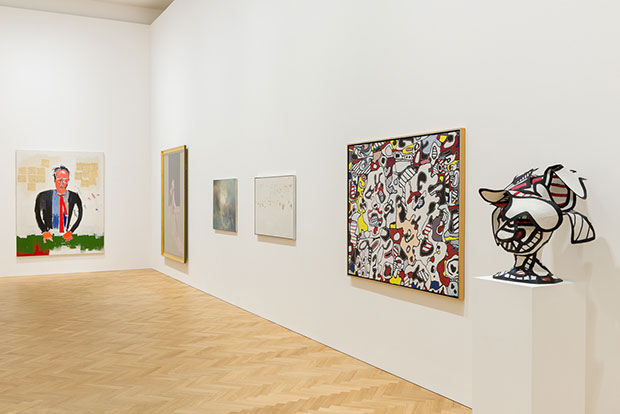 The most difficult works to get were the Claes Oldenburgs. "Their preciousness is incalculable and Oldenburg was quite rightly concerned about their fragility," Clarke told Phaidon. "But Arne (Glimcher – Pace founder) interceded with him on our behalf and you know, Rob obviously meant a lot to him - as he meant a lot to Robert - he came through."