How artists as diverse as Lou Reed, Kanye West and Bach influence and inspire the painter's work

Dexter Dalwood is that rare beast - an artist able to examine how history is constructed and interpreted through the making of paintings which are both intellectually challenging yet visually seductive. Not only does Dexter Dalwood possess a profound cultural and historical knowledge, he also perceives the connections between art history, politics, music, literature and personal experience, which he intimates with a remarkable lightness of touch. The artist’s juxtaposition of quotations and references from a broad and eclectic range of subjects is reflected in his transposition of the cut-and-paste of the collage technique to canvas. A technique he values in music but doesn't see so much of in the art of others.

You may be surprised to find that he spent his early life pacing the stage as bassist with punk band The Cortinas. “We supported the Stranglers at The Roxy and were signed by Miles Copeland (manager of The Police)," he says. "We had a mad year-and-a-half signed to CBS then it all went pear-shaped. So I went back to Central Saint Martins School of Art when I was 20, which was a little strange as I’d had a bit of a life by then!” 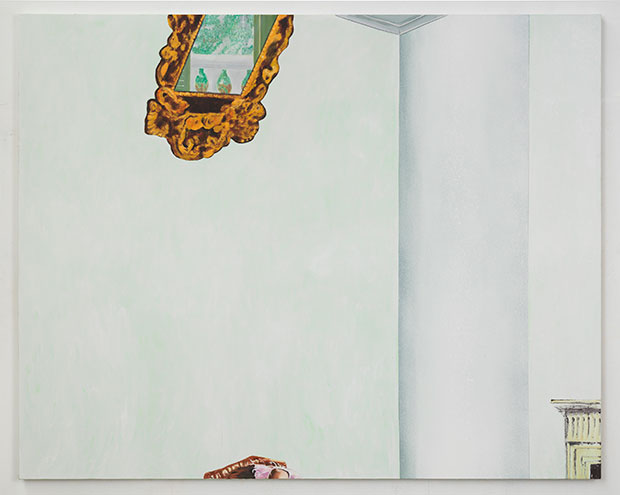 London, as a setting and subject matter, has recurred throughout Dalwood's career. However, his latest series of paintings (The London Paintings, on show at Simon Lee from tomorrow) present us with an entirely new and unexpected narrative through which to view a seemingly familiar city. Specific London locations or sites are reconstructed from a collage of memory, cultural and political history and subjective association.

“I don’t usually play music while I’m painting but if I do the occasional night session – which I do less of now – I have a big speaker system here in the studio, there’s no one else in the building so I can have it very, very loud. I do like that Mulholland Drive type phenomenal racket, having Rammstein or something like that going really loud. That results in a different kind of painting, really going for it. Playing bass has definitely coloured what I’m into. I like a stripped down track. I like Bach because it’s like Cézanne – there’s not a note wrong, everything is precise but, incredibly, it's so much more than that.”

Dalwood’s paintings reward a similar close observation. The event or situation depicted is reflected in the styles of painting that were developed during the periods referred to in the work. He not only examines and celebrates the medium of painting in terms of its history and legacy; he also demonstrates the enduring contemporary relevance of painting as a way of communicating how we experience the world in which we live. 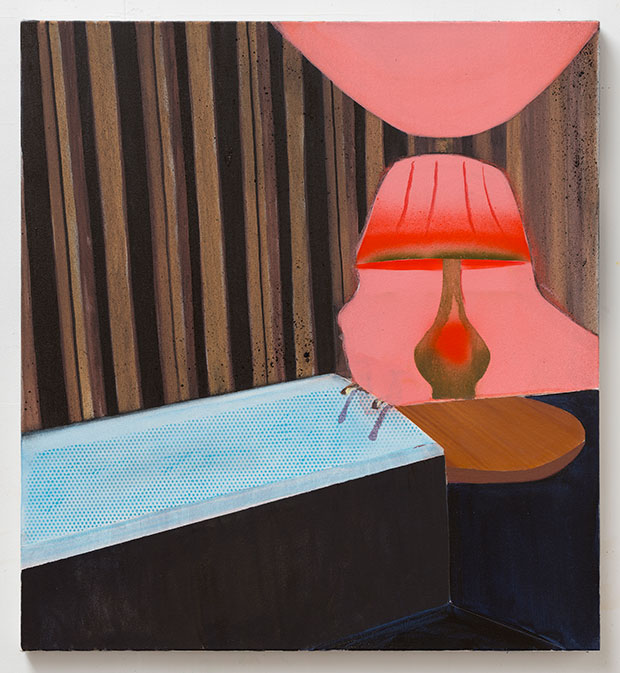 “I’ve often wondered why a lot of visual artists aren’t able to make work that incorporates lots of different aspects of their life in the way that musicians make different kinds of music for different reasons,” he says. “The musicians I’m interested in somehow manage to wrap all sorts of genres of things and push things to a different level, using all sorts of other references." You'll find Dexter's Spotify playlist below. First though, read what he says about how the songs on it impact on his art.

Ian Hunter A Nightingale Sang in Berkeley Square  - This live version is amazing for many reasons. I love the fact that it’s a genuine voice, working-class, cockney. It’s a voice you would never hear on The X Factor, a voice that’s been extinguished from popular culture. He makes this song his own and it makes you think about London. And when the strings come in, there’s this huge great overwhelming warmth to it all.

Janet Jackson featuring Q-Tip and Joni Mitchell _____ __Got ‘Til It’s Gone __- _After the opening of a show in New York a while back, I went to a club called Tabletop and Q-Tip was DJing. He had so many well-known songs — things like Talking Heads’ Once In a Lifetime — and he’d speed them up and put beats on them and the whole thing would just turn into this epic juggernaut of sound. The way he’s embedded this Joni Mitchell song into the track led me to the idea of quoting other paintings in my own paintings – to have at the core a previous painting of someone else’s and to try to ‘tamper’ with them. The whole idea of sampling is so integrated into how we hear things now but visual culture is a bit behind in that way. 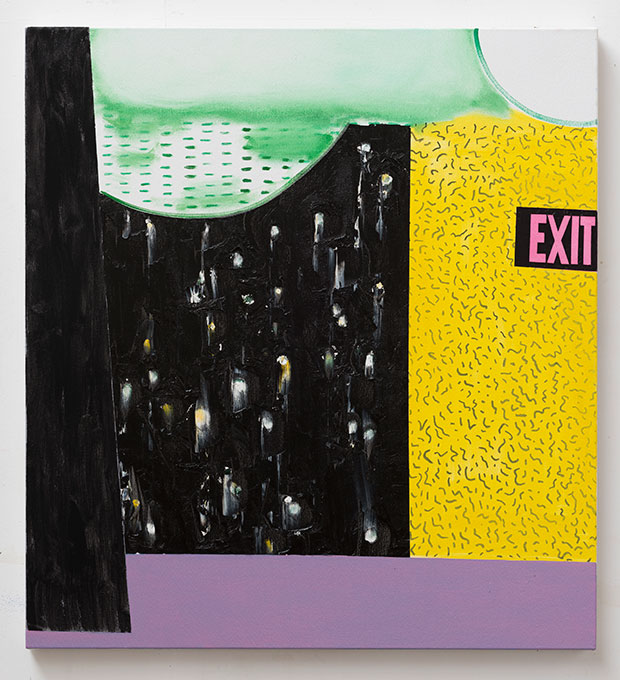 Lou Reed _Intro /Sweet Jane  (live, from Rock n Roll Animal) - _This shows how old I am, I saw him in Bristol around this time and it was the best gig I ever saw. It was through Lou Reed and The Velvet Underground that I realized there was someone called Andy Warhol and that he had this place called The Factory in New York that was linked to artists. As a teenager I saw this as someone at the core of things that were going on and that’s how my connection with art  came about. When this came out it wasn’t this fragile tentative sound - it was a full-on tough, clean, hard, almost glam rock sound with balls. Reed was at his most heroin-thin-blonde-cropped-hair weird. The guitar players were just epic, it was an extraordinary sound and it was so uncompromising. When he died I felt incredibly upset because for me, when I was stuck in my painting it was always, What would Lou do?

Nils Frahm Familiar - He’s a German pianist. I went to see him at the Barbican recently. He has a grand piano and these old Moog synths. He’s a classically trained boy genius who turned into a crossover artist. It doesn’t really fall into one genre or another. It’s a cross between mad, full-on dance music and Richard Clayderman but it never gets kitsch. It’s a phenomenal noise.

_Chic I Want Your Love (extended 6.55 version) _ I like the song, but especially the extended version from about the 3:30 mark — it’s just instrumental, it’s basically the riff and strings and bass and it’s just something else. Then the brass comes in, then jazz guitar, then it’s just bass and guitar piano and finally, tubular bells! A song is still great when just the bass and drums are playing and everything is cream on top and they’re carrying it. That’s what I want in a painting. I like the idea of things being underpinned with a structure. It’s one I’d definitely have on a desert island, blasting out while being attacked! 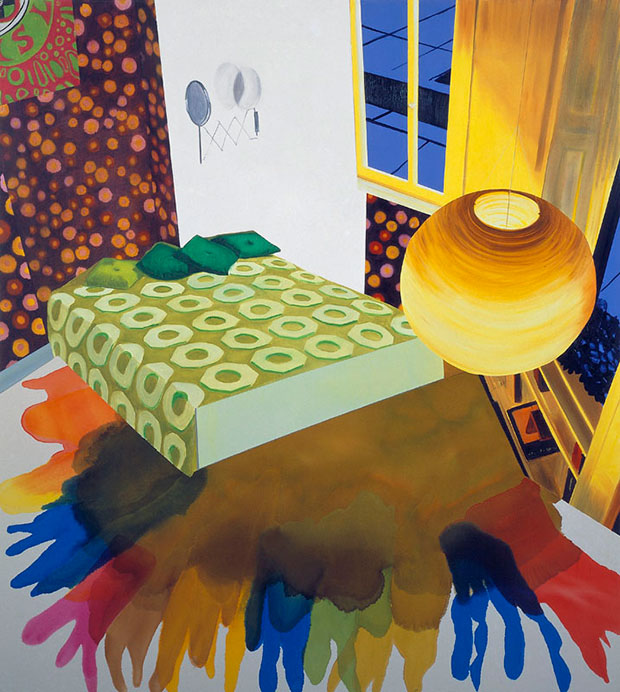 _The Jimi Hendrix Experience Little Wing (instrumental) - _ Here’s something that George Condo and I share. My step brother played along with Jimi Hendrix records. I was playing bass by 12 and I used to stumble along to Hendrix with him. The bass playing on this is off the beat, sublime —what he does is amazing. The lead guitar is a foreign country for me when you hear it raw and in a way without his voice. I read a bit about all his recording techniques. He was continually trying to push the sound of the guitar, doing things like putting it through the organ speaker to see if the sound could maybe become softer or adding glockenspiels into the backing tracks. Even in the recording studio and production it was so anarchic.

Jay-Z and Kanye West featuring Frank Ocean and Jay-Z Made in America - I’m interested in the way Kanye West takes music to another place via that cut-up collage thing. It’s incredibly intellectually thought through, and so engaged, and involved in the process. I like this so much because of  Frank Ocean’s voice which sings the chorus song so mellow and beautiful  but when Kanye raps “This ain't no fashion show, motherfucker, we live it” it’s just so telling. It makes me think of America. I’ve been in LA a lot for shows and it makes me think of low rider cars turning the corner of Sunset and Vine; it’s that softness of production, like hearing something under a duvet or through a wall. 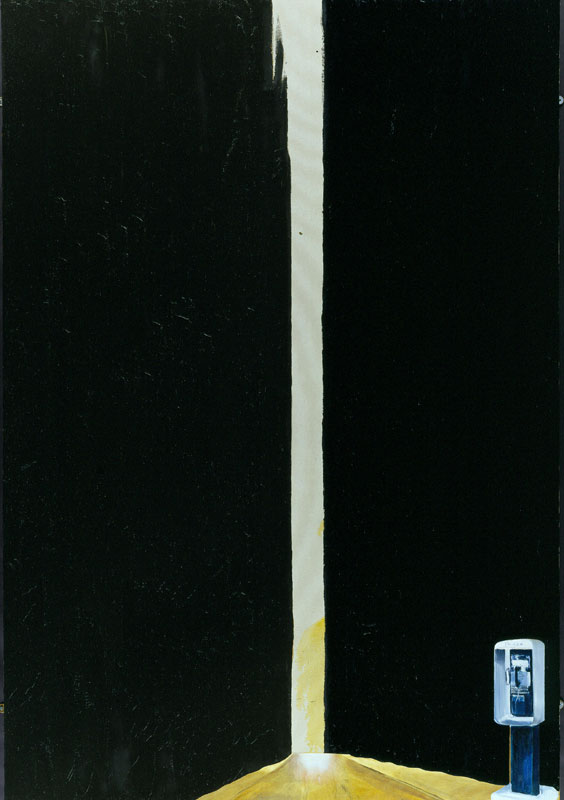 _Cello Suite No: 2 in D Minor, Sarabande Bach (Alexander Kniazev) _The most beautiful piece of Bach ever. When I listen to it I have this synesthesia thing going on where it makes me see the colours purple and black. How that’s possible I don’t know. It’s such a piece of European music — the sadness of it…but enjoyable sadness. That’s what’s peculiar about music — that when it works it can be crushingly sad but enjoyable at the same time. Apparently on hearing of the death of the baby daughter of a friend, the cellist Rostropovich flew to Tokyo, took a 1 1/2 hour cab ride to his house and played this outside for him. Then got back in the taxi and returned to the airport to fly back to Europe.

Hell Is Round The Corner Tricky - I think he was like Kanye West in the way that he was ahead of things. It’s that 90s moment when music was in a bit of a state — when it was harder to find things you thought were interesting either with production or song structure.  As I get older, and especially with the new work I’m doing it’s a slower, more austere kind of project. Patience takes a long time to learn! Not to be in too much of a hurry. The way things are speeding up, I think people want things more considered. I believe we’ll look back at this decade and its snippets culture, as one in which we really suffered from a lack of concentration.

Pale Blue Eyes_The Velvet Underground -_ The fragility of it is like having a bad hangover on a bright spring New York morning when your hands are shaking and you’re dying to have a cigarette. It’s a post-drug thing. It’s just so fragile.