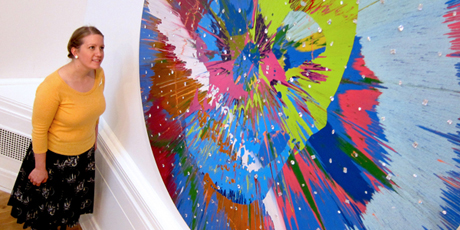 Jarvis lends Hirst to Sheffield Jarvis Cocker, singer and Sheffield native, has lent a painting given to him by Damien Hirst to his hometown's Graves Gallery, after the city lost out on Arts Council funding. The piece, Beautiful Morana Dysgeusia Painting for Jarvis (with Diamonds) was installed this week and will be on display for the next three years.

Doug Aitken wins the 2012 Nam June Paik Art Center Prize The Californian multimedia artist has been awarded this Korean prize, established in 2009, which singles out artists whose work has "opened up new horizons and with the art world'. Jurors said Aitken's 'attitude and achievements can be characterised above all by an experimentalism that facilitates an extension of the possibilities of the media."

Art arrests in China  A German art handler and his Chinese associate have been detained in Beijing, on charges of undervaluing imported works, in order to avoid customs duties. The news has shaken the country's nascent contemporary arts business.  One Beijing gallery manager told the New York Times, "they can't arrest everybody, but everyone is nervous." 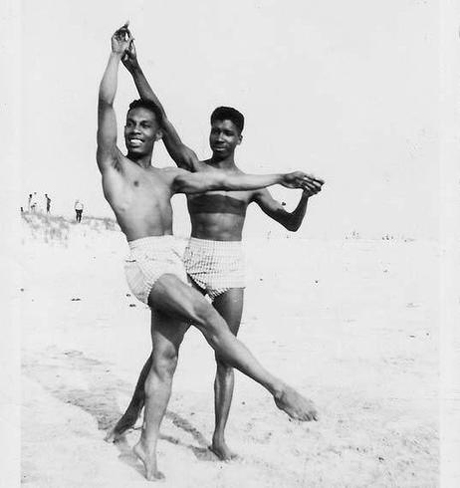 From Hidden in the Open

Playwright gathers gay black photography  US playwright Trent Kelley has drawn-up a Flickr gallery, Hidden in the Open, of images he believes features homosexual, African-American couples, shot in a before gay liberation. Kelley says he wants today's black gay community to be "aware of those generations of black gay men who came before them and showed pride, strength and courage despite whatever circumstance."

Steve McCurry shoots Pirelli One of Phaidon's favourite photojournalist is shooting next year's Pirelli calendar. While the Milanese tyre firm's calendars are notoriously smutty, early reports suggest McCurry will be toning down the raunch. His shoots feature Adriana Lima, the first visibly pregnant Pirelli model. McCurry says the 2013 edition will be a "calendar of the soul."

Is Instagram debasing real photography? That's the charge of The Guardian's Kate Bevan. The technology writer and amateur photographer loves digital image making, but thinks the cutesy, retrograde treatments of Instagram, Hipstermatic and others "are the antithesis of creativity. They make all pictures look the same. They require no thought or creative input: one click and you're done." 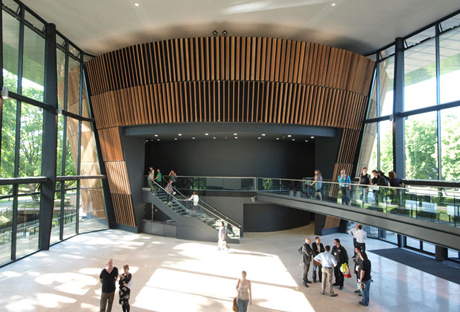 The Royal Welsh College of Music and Drama

Welsh Music College up for World award  Having received a RIBA award earlier this year, The Royal Welsh College of Music and Drama has also been shortlisted for The World Architecture Awards, to be given out this October in Singapore. It joins Beijing's Liyuan Library and Austria's Martin Luther Church, among others on the list.

Made of straw  How should you soften the brutal exteriors of London's postwar housing blocks? One of the city's recent architecture grads suggests covering them in thatch. Watch the video; it's not as daft as it sounds.

Architect's wages are up The latest RIBA salary survey shows that average earnings have risen to just over £41,000 a year. Could this rise, the first rise in two years, signal an end to the construction downturn? 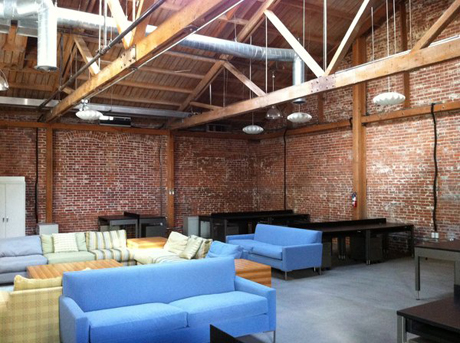 The prototype iPad Court documents, drawn-up in Samsung's legal battles against Apple, reveal how the iPad may have looked, were it launched in 2002. Initially dubbed 035, the prototype was far thicker than today's tablet, and went onto serve as the basis for the first iPhone.

From beams to cups   LA architect and coffee geek began as an amateur barista, but as the building-design work dried up and the hot-drinks obsession took over, he built himself a mobile coffee bar, inspired by the art world's shipping containers.