The new Frieze director talks about when Rembrandt went to Hull, whether she'll be drinking United Brothers' soup from Fukushima and that ultimate first world problem - just where do you put a Joseph Beuys grand piano?

Since founding Masters three years ago, Victoria Siddall has progressed Frieze Art Fair's posh cousin from the place you go to sit down for some peace and quiet among the hustle and bustle of the main, contemporary fair to the place where young people get turned on to old art and - in increasing numbers - begin to invest in it. She's been instrumental in gaining the support of the old master dealers and, just as importantly, successfully building in that exhilerating sense of discovery one feels at the main contemporary fair. A couple of weeks ago she was named overall director of Frieze a role she takes on in November. Frieze previews tomorrow (Tuesday) and we'll be there tweeting our annual virtual tour of it before it opens to the public 15 – 18 October in Regent's Park, London. We caught up with Victoria as the fair was in its final build late last week.

What do you think played a major role in the success of Frieze Masters? I think because it’s Frieze we do bring in an audience that wouldn’t normally go to a historical fare and I do know from visitor data that on average they’re much younger that they would be at other historical fairs. I think that does happen to an extent partly because it’s Frieze organizing it and the reputation that we have already. But it’s also that we engage contemporary artists in the fare. For example our talks programme consists of leading contemporary artists talking about old masters or about renaissance sculpture or whatever it is that inspires their work and that provides a great way in to looking at old masters through fresh eyes. Instead of thinking of them as the past, artists can bring them into the present and make them feel very fresh and relevant and you look at them a bit differently. 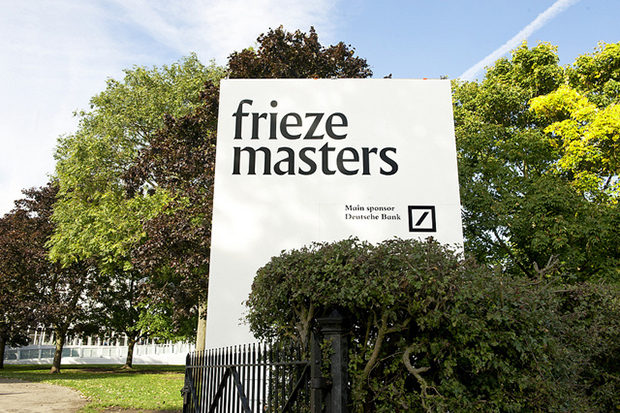 You’re selling a Rembrandt aren’t you? Well, not me personally, but Otto Naumann is bringing a Rembrandt, Man with Arms Akimbo, which apparently was painted while Rembrandt was in Britain, so it may be a portrait of an Englishman. Apparently Rembrandt spent some time in Hull. Who knew!? It’s 48.5 million dollars if you’re interested. . . 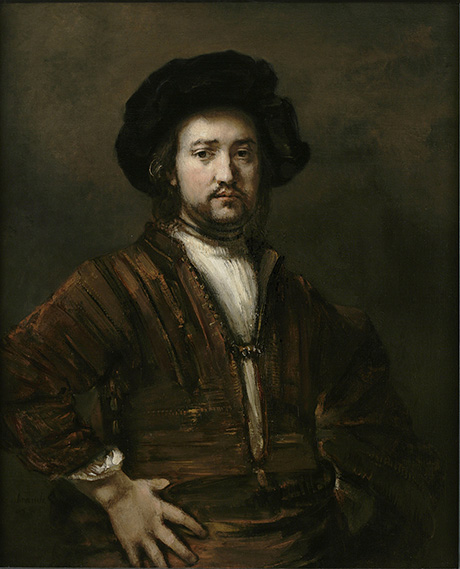 Portrait of a Man with Arms Akimbo (1658) by Rembrandt

Is that the highest priced item you’ve ever had there? As far as I know yes, I think it is. The Marlborough are also curating a presentation of Francis Bacon work this year. There have been sales of work around the 20 million dollars mark before but as far as I know the Rembrandt is the most expensive, and a very significant work to have in the fair.

Gerhard Richter has said artists 'are all entertainers now, Anselm Keifer has disagreed, saying 'art is difficult'. How does Frieze bridge the gap? Difficult one, it is a big question. You know, I don’t think art has to be just serious or just playful - the best art manages to be both. That’s been the case throughout history. You can see an extraordinary Caravaggio that still manages to delight you in some way and I think that’s the case with most of the best work and so I think it’s not one thing or another and I think the fair reflects that. We don’t want it to feel dry and didactic but we also don’t want it to feel like a show, in a way. And the balance we’ve managed to strike is a good one and appeals to a very broad audience of people. Top collectors know they can come and find things and curators can come and discover artists they want to do shows with and the general public can come and really enjoy art and learn something. It’s a good breadth.

We’ll be posting this story on Monday – what will your final Frieze weekend be like?   There are always unexpected things that come up but at this point (Friday) the fair is nearly done. The exhibitors will have been in on Saturday to set up. The cafés will be working and it’s all nice and calm. That’s the plan anyway! But something that is unique to Frieze Masters is that we have an entire day dedicated to vetting the fair after it’s installed. So we fly in museum experts from all over the world. The galleries get a day off and the experts spend the day going through every single work in the fair confirming that it is what it says on the label. That always throws up some interesting discussions. The reason we do it is because we want anybody to be able to come to the fair, even if they know nothing about, say, medieval sculpture, and be able to buy something knowing that not only is this one of the best dealers in the world but also it’s been looked at by museum experts and they say it is what it says on the label. The story of Rembrandt painting this portrait when he was in Hull – the research it took to find that out it’s really extraordinary. 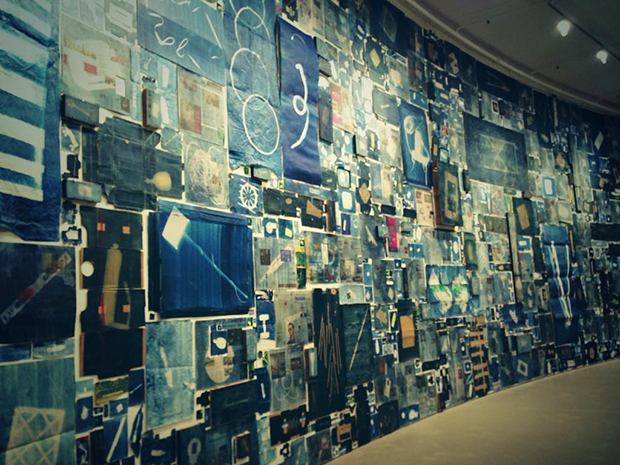 A Partial Disassembling of an Invention Without a Future: Helter-Skelter and Random Notes in Which the Pulleys and Cogwheels Are Lying Around at Random All Over the Workbench (2014) by Walead Beshty. Image courtesy of Victoria Siddall's Twitter account.

Obviously Frieze week is as much about what’s going on elsewhere in the capital as it is within Regent’s Park what shouldn't our readers miss? Wow! There’s so much. I went last night to Walead Beshty at the Curve, Barbican, which is amazing, it’s quite extraordinary, around 10,000 cyanotypes printed on to cardboard and newspaper and bits of wood all installed in the Barbican Curve. Then there’s Rembrandt at the National Gallery, which I think will be quite incredible. It’s a really important exhibition and it goes on to the Rijksmuseum afterwards. 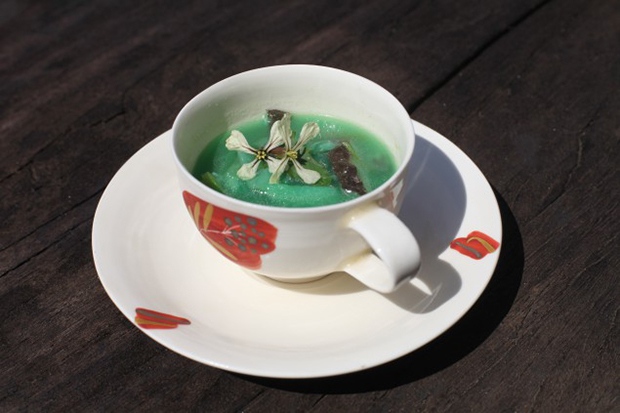 Does This Soup Taste Ambivalent? (2014) by United Brothers (Courtesy of Green Tea Gallery)

What else have you got your eye on this year? I imagine there’ll be plenty! There’s a 7,000-year-old Neolithic sculpture idol 10 cms high – how extraordinary to own something like that, with that weight of history.To own that would be incredible and then there’s a stand of Louis Khan’s architectural drawings. Something like that would be incredible to own. There’s going to be a Joseph Beuys grand piano as well but you know, who’s got the space?!

And will you be sampling United Brothers' soup from Fukishima? Ha. If I have a Geiger counter!

Sketch of Four Freedoms Park, 1974 by Louis Kahn. Image courtesy of Louis I. Kahn Collection, University of Pennsylvania and the Pennsylvania Historical and Museum

And if someone is not intending to buy what can they take away with them? The dealers at Frieze Masters love to talk about the works on the stands and I would say to anybody visiting the fair ask them questions. Because quite often these are the people who know the most in the world about the works that they are showing. And you can find out some extraordinary fascinating things from them.

The Frieze Art Fair takes place 15 – 18 October in Regents Park, London. For more on brilliant contemporary artists such as those featured at Frieze buy a copy of The 21st Century Art Book. For Rembrandt and others take a look at our Colour Library series. For advice on how to establish your own collection, pick up a copy of Collecting Art for Love, Money and More, and look out for our interviews with more Frieze artists, curators, designers and collaborators over the coming days.