Artist hopes his work, Brother, might lead some Jamaicans to question their attitude towards the male form

What differences do you notice between the two statues above? On the left, Michelangelo’s David, was carved from marble in the early sixteenth century, while on the right, is one of the two seven-foot tall bronze figures from Jamaican sculptor Laura Facey Cooper's public monument, Redemption Song, dating from 2003.

Yet the difference, at least in the eyes of the Jamaican public, lies not in media used, or in the art-historical details, but in earthier, anatomical details. Over the past decade, visitors to Jamaica’s Emancipation Park have remarked on the size of this male figure’s penis.

While the artist, a Jamaican national, says her work is an accurate representation of her model’s features, the figure and the controversy surrounding its proportions raises interesting questions of gender and identity on an island where acts of male homosexuality are illegal.

So, what will the Jamaican public make of the British artist Simon Fujiwara’s plans to build, parade and display a nude sculpture at this December’s Jamaican Biennale? 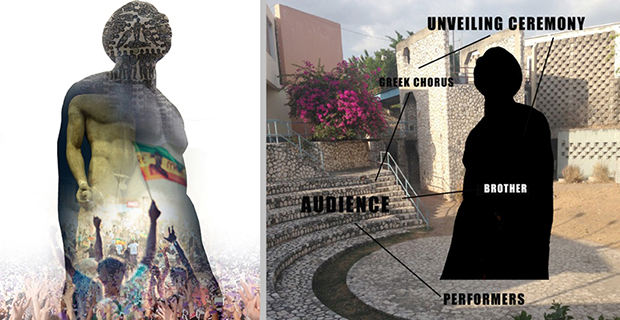 The artist, who is gay, said during a panel discussion at last week's Frieze Art Fair, that "homosexuality is a very convenient enemy for the large population of disenfranchised Jamaican men who have highly diminished career prospects or power."

Yet Fujiwara’s biennial project, entitled Brother, isn’t a simple, didactic assault on Caribbean sex issues. Instead, next month, he intends to begin with a subtler approach, by collaborating with students from one of the island’s leading art institutions, the Edna Manley School of Arts, to make a ‘Frankenstein-like public sculpture’ of a nude man, inspired by and created from “a data bank of hundreds of images of the male form from art to advertising.”

Fujiwara's work poses the questions: “Can a group of people create a work that is a summary of problems in society, and of history, but is also, in its frankness, a new proposition?”

Once complete, the new figure will be paraded as part of the event’s opening ceremony on 6 December, before being placed on display at the National Gallery of Jamaica from 7 December-14 March 2015. 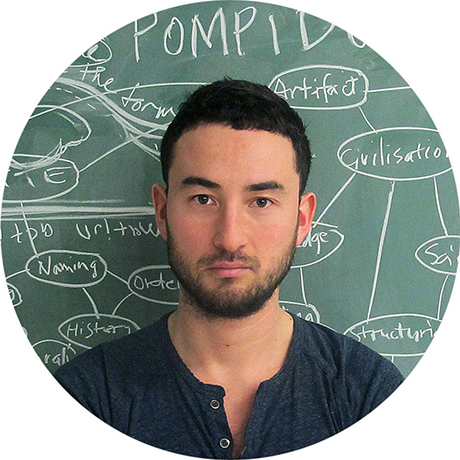 Fujiwara says the project was inspired by an imagined brother, whom his mother might have conceived, had she remained married to her first husband, a Jamaican bass guitarist. Should we credit this convenient biographical detail? As is often the case with this artist’s work, certain personal facts seem sometimes to be stretched a little to suit Fujiwara’s work. Nonetheless, Brother remains a compelling way to examine a nation’s take on the male form, no matter what its shape or size.

For more on great contemporary artists like Fujiwara, buy a copy of The Twenty-First Century Art Book and for a more detailed dissection of current artistic practice check out the peerless Defining Contemporary Art.