We're getting good reports from attendees who've visited the New Art Dealers Alliance (NADA) booth in Miami over the last couple of days - Jemima Kirk, from the HBO show Girls, was spotted yesterday sporting one of our cool Art Cities of the Future tote bags. We've also had a great reaction to our daily interviews with some of the artists exhibiting at NADA who are from the cities highlighted in our Art Cities of the Future book and whose work can be seen in the NADA booth.

Today it's the turn of Beirut artist Pascal Hachem who has some fascinating insight into the influence on his workof his hometown Beirut, a city he describes as "caught between danger and hope." The artist often uses industrial design in his work and says this allows him to "apply a detached sensibility and a spirit of observation" that allows him "to comment on the more subtle contradictions found in contemporary social contexts." 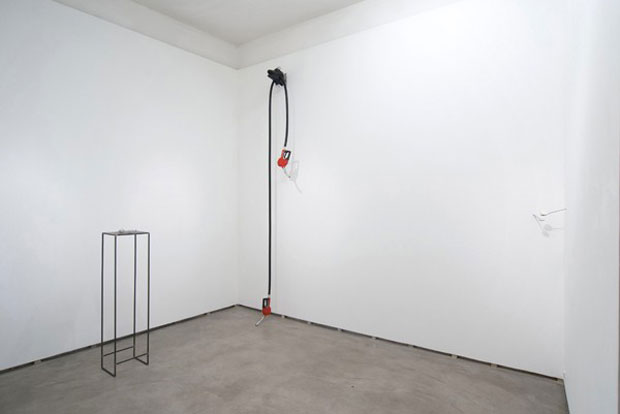 You Always Want What The Other Has - Pascal Hachem 2013

He goes on to say that his practice "is inspired by and materializes my feeling of being trapped by a lot of things that surround me in everyday life. Even my religion can feel suffocating," he says. "My way to deal with these elements of everyday life is by simple action of happenings, making use of them to express my condition of existence. My obsessive attention to the details which hide themselves within the folds of our communities and human relationships, is the result of my daily approach to life in Beirut, a city caught between danger and hope, excitement and disappointment." 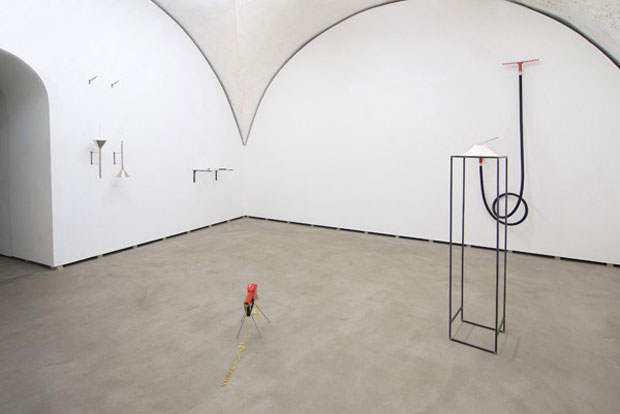 You Always Want What The Other Has - Pascal Hachem 2013

Hachem says he's inspired by aspects of everyday life in Beirut, which tend to contextualize his way of thinking so that they influence the work "in an unconscious way that I cannot escape. A hammer that slowly destroys a wall in a very rhythmic movement,'I'll Race You'; a t-shirt that is ripped apart by an exceedingly gradual accumulation of sand, 'Split', the self-portrait of me sitting under a table under a bridge of a highway in Beirut, 'Under the table, Under the bridge'… through these artworks, I place the viewer in uncomfortable situations that also seem puzzlingly familiar. My reflection involves displacing actions. They are real actions, not videos, performed either by me or by objects that I set up. I don't impose any set of rules upon myself, but rather am prompted by nothing but a single impressionable moment, to declare!" 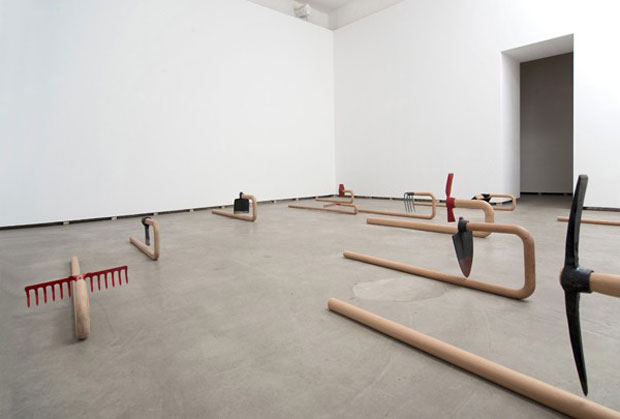 You can see more of Pascal's work at Artsy and catch him at Federica Schiavo Gallery (Booth 204). For greater insight into Beirut and other avant-gardes around the world, pick up a copy of Art Cities of The Future from the people who made it, here. And don't forget to visit the NADA booth if you're in Miami!