Phaidon's A-Z of The Venice Biennale

A ustralian Pavilion:  Designed by Denton Corker Marshall and the first new building to rise in the Giardini this century. Opened to a media scrum by Cate Blanchett.  ‘Seven in, seven out!’

__B__ oltanski French artist Christian has installed a video of Japanese bells in the Chilean desert, arranged like the celestial constellations on the day he was born.

C igarettes: Sarah Lucas’ visual prop, lodged in the genitals of her sculptures. It’s sexy, deathly and sort of funny. And in gloriously bad taste. 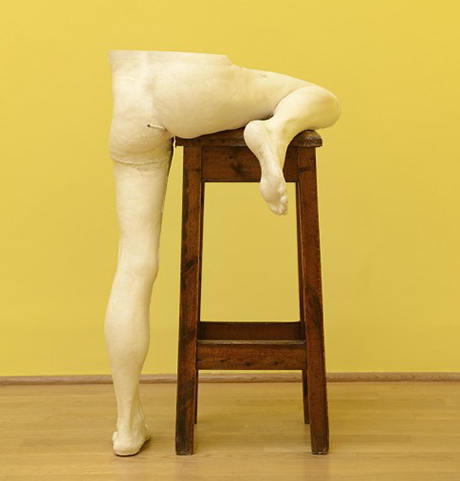 F rieze New York, not Art Basel, will benefit from the new Biennale date. The old credo ‘see in Venice, buy in Basel’ is apparently up for revision. . .

G ormleys on the Grand Canal. "Look up! There! Oh, no, it's a gondolier eating lunch." 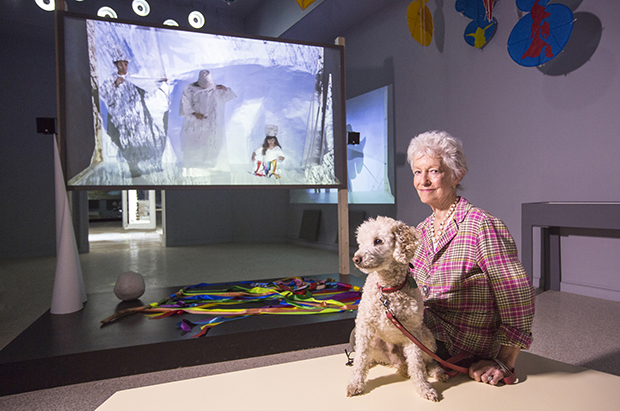 Joan Jonas and her dog Ozu. Photo by Moira Ricci

I mpossible to see everything according to Boris Vervoordt, Director of Art & Antiques at Axel Vervoordt. So "Don’t plan your trip too much, let the art in the city surprise you." 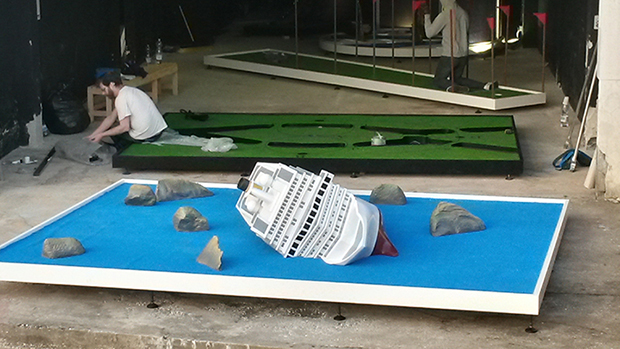 M ural Jackson Pollock’s colossal 8-by-20-foot ab-ex work at the Guggenheim (originally commissioned by Peggy for the entry of her New York residence).

__N__ auman, Bruce: Look out for his iconic 1970s neon text sculptures in the International Exhibition.

O neiric and organic islands in the French Pavilion. Go check 'em out.

P erformance Art: You know about the reading of Karl Marx in Adjaye’s Arena but in conjunction with Christodoulos Panayiotou's presentation for the Cyprus Pavilion, The Parting Discourse will see participants dive into the Mediterranean. Chilly!

Q uestion: What’s the actual point of Venice? Director Paolo Baratta says it lets us formulate aesthetic judgments on contemporary art, following the demise of the avant-gardes and “non-art”. . .

S candal: Of the eight artists featured in the Kenyan pavilion, six are Chinese, and only one ethnic Kenyan, Switzerland-based Yvonne Amolo.  “It's like people have just chosen to step into my space and decided I do not exist as a Kenyan artist," said Wambui Kamiru. 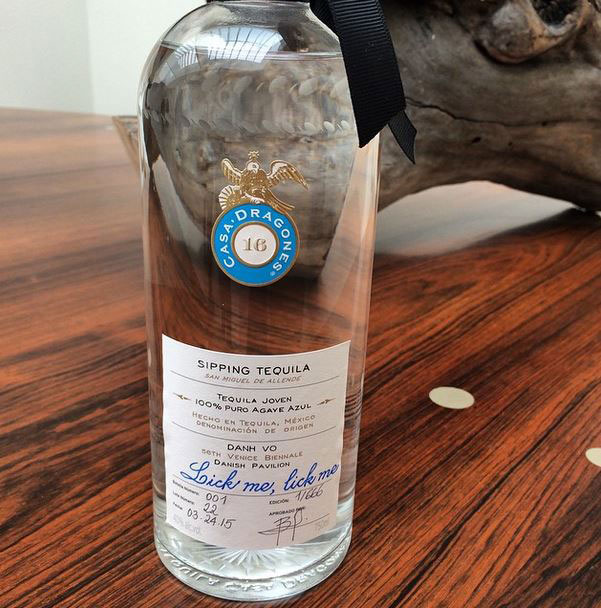 U nderdogs: 88 of the 136 artists in the main exhibition, including Kim Ayoung and Nam Hwa-yeon of South Korea, are appearing in Venice for the first time. Mid-tier dealers rejoice.

V enetian Blinds, a series of performances by art-bands including Emily Sundblad and Matt Sweeney; the Rodney Graham Band; the Cornichons (which boasts Jose Martos and Jon Kessler as members); and Martin Creed.

__W__ arhol Why on earth is Mr 15 Minutes of Fame represented in the Azerbaijan Pavilion in a show dedicated to artists' concerns about the planet's social, political and ecological future?

Y achts. Yes there are a lot of rich people in Venice. Get over it.