Turner Prize 2011 winner Martin Boyce has put together a very special Phaidon Muse Music playlist of the music that has helped inspire his art over the years.

The Scottish sculptor says an important element to his work is how it relates to the space around it and this notion is reflected in some of the key pieces of music that inspire him, notably songs by Portishead, New Order and Mogwai. Boyce's sculptural arrangements and installations are like fragments, functioning in the space in the way a memory might function. The objects don’t belong together, they’re non-linear, but the combination of them together constructs a memory. The Turner Prize winner says he wants them “to feel like they’ve been found. I want the viewer to feel like they’ve found them. I want to get as close to that as possible as well.”

You can hear his musical choices on Spotify but before you play them, read what he has to say about how they help inspire him. Oh, and by the way Martin, congratulations!

"I like listening to mostly instrumental music, quite sound-track-y sort of stuff in the studio. I travel all the time and I love just daydreaming and looking out of a train window going through Germany or somewhere while listening to some good music. It’s one of my favourite things to do. Music’s always been really important to me. I spent the latter years of my school life hanging out in a record shop in Hamilton, (near Glasgow, Scotland) to the point where the guy actually offered me a job! I spent as much time checking out the record sleeves as listening to music. The records were all behind the counter but the record sleeves were what was out on display. It was kind of my art gallery I suppose, because I never really went to art galleries. I was magnetically drawn to certain record sleeves. Some of them didn’t say anything on them, they were just these enigmatic, mysterious things which turned out to be sleeves for New Order and Joy Division. I fell in love with the record sleeve for Unknown Pleasures by Joy Division in Woolworths to the point where I stole it. I put it up on my wall but was convinced the police would break down my door at any moment. Peter Saville (who designed the album cover) has been a constant influence in my work and a few years ago I met him. We’ve become friends and yes I did tell him about the theft!"

Mogwai Music For A Forgotten Future  – This is something I listen to in the studio a lot. I think a lot about my work in terms of landscapes and I think of their music as big soundscapes. This is an epic 20-minute track from their last album and it’s kind of like floating over Tokyo in slow motion. There’s a refrain that just keeps on appearing. I guess I quite like repetition, it comes up in my work as well – the repetition of shapes and forms. I quite like loops and repetition – they’re quite simple structures that slowly change over time and this song does that it slows and fades and you think it’s going to finish but then it come back and grows and builds and then it fades out again. You lose track of how long it goes on for I could have it on all day and not get bored of it. Their work has a real sense of space, it’s really epic. Gallery spaces that are big enough to feel like a landscape appeal most to me - big enough for the journey between one thing and another thing. I don’t really have any fear about filling space and I think the space inbetween the works is just as important as the works themselves; you can charge that space.

New Order Age Of Consent  – I was a wee bit too young to be into Joy Division but New Order were just about the right time for me. Again it was the combination of the music and the record sleeves. The record sleeve for Power, Corruption And Lies is an oil painting of a bowl of flowers and has this colour code in the corner, it doesn’t have the name of the band on the sleeve, and it’s just so mysterious and so beautiful. It’s one of those I used to look at in the record shop. At that age you’d get maybe one record at Christmas, one for your birthday and maybe you’d be able to save up for one, but you really had to make your choices count because you didn’t have any money. I heard the music, but it was years and years later before I actually got to own this album. The record sleeves definitely influenced me to start drawing and painting. These are the first introductions to visual communication you come across. I used to just stare at the record sleeve, listening to the music sat on my bed in my bedroom. You didn’t really have anything else to do but give it 100% of your concentration. I started to copy the record sleeves and then I used to design my own record sleeves for imaginary bands. I thought ‘that’s what I want to do when I grow up, I want to be involved in all that stuff’ I thought it would be the best job possible. I didn’t realise it at the time but the stuff I was looking at turns out to be the best stuff that’s ever been done.

Happy Mondays __ Wrote For Luck_ _ – It was my final year at art school and a lot of the music we were listening to in the studio was all stuff that had happened over the previous five years. There didn’t seem to be much new stuff around and we thought, is this it? Maybe music won’t ever matter like it did when you were 13 or 14. Then there was The Stone Roses, Happy Mondays, The Las;  the Manchester scene just exploded and it introduced this crossover with dance and we started going to clubs and drinking. This really takes me to those blowout years, I think I lost a lot of brain cells over those years.

The Who Sad About Us _ – _It’s a very simple song in one way but it’s got amazing harmonies. The Jam, Primal Scream and The Breeders also covered it, so I’ve been YouTube-ing my way through all the versions. I think it’s the repetition in it that I like. It’s also a classic break-up song. The Who are incredible and it’s such an uplifting song, I could listen to it over and over.

The Jam Thick As Thieves – I was a big Jam fan. My first record was Chic, which is actually quite cool now, then it quickly went downhill to ELO then the Police. I was a massive Police fan and then I got in to The Jam. I hadn’t listened to this for years, then I downloaded the Setting Sons album and this track came on when I was on a plane. I don’t know what it is about being on planes, whether it’s something to do with the altitude, but emotionally I find you become quite sensitive, and you start crying at a Jennifer Aniston rom-com or something, Maybe you’re supressing some deep trauma because you’re so far up in the air? but this song came on and I really almost welled up because it hit me so hard emotionally because it’s all about old friends, being thick as thieves with people in your youth, people you went to school with. It just really hit me emotionally and it still continues to do that, I can’t stop but think of specific people whenever I hear this song.

Portishead _Magic Doors _ - The first two albums were amazing but they were so omnipresent and got played so much you just couldn’t listen to them anymore. I couldn’t put them on in the studio because you would just hear them at every party or dinner party. So when the third album came out I bought it but didn’t listen to it much. But over the past year I’ve started to listen to it and it is really one of my favourite albums. It’s an album I go back to a lot especially when I’m travelling and it sounds great on headphones because the production's so good.

Public Enemy Do You Wanna Go Our Way – They had a really tough sound, but really stripped back. It sounds like a sort of Link Wray kind of guitar riff in it. I love the way it just really drives forward.

U.N.P.O.C.  Come into Darkness  – I think these guys have only released one album. They’re a Scottish band, I came across them because they were on the soundtrack to the David McKenzie film ‘Hallam Foe’.

_The Jesus And Mary Chain Sometimes Always ___ – They’re from East Kilbride which is right next to Hamilton, where I’m from. The first album came out in 1985 and I was so excited about it. The record shop I hung out in had a sister shop in East Kilbride and the Hamilton shop didn’t get one of the albums delivered only the East Kilbride shop did. So the guy shut the shop and we drove to East Kilbride just so we could get it. It’s a duet with Mazzy Star singer Hope Sandoval – the structure of it is a simple country duet, it’s a kind of call and response, it’s really simple but it just does it for me and her voice is just incredible.

_Life Without Buildings Sorrow _ _– _The band are from Glasgow and made up of people who were young artists at the time. The singer’s Sue Tompkins, a fantastic artist who's now doing spoken word art. Everyone else in the band was significant in the Glasgow art scene - the drummer’s now a curator in Oslo, the guitarist designs art catalogues and the bass player is an artist in Berlin. So they did the perfect thing - they formed this band, made one fantastic album and split up. Sorrow’s got a real sort of Pale Blue Eyes (Velvet Underground song) feel to it and Sue does a kind of spoken voice, abstract stream of consciousness, poetry that’s just so beautiful. 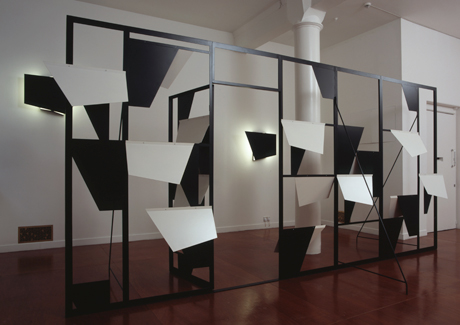