While it seems Radiohead and Atoms for Peace frontman Thom Yorke isn't the biggest fan of music streaming service Spotify, street artists, it seems are queuing up to make its new New York office a great place to visit and work. 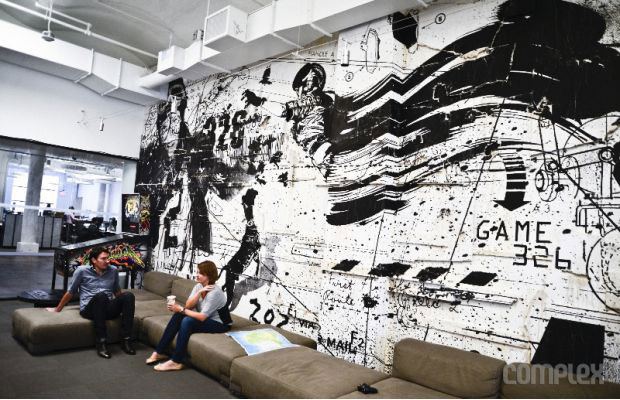 Complex reports that Spotify commissioned four local street artists—WK, ASVP, ChrisRWK and Kostas Seremetis to create a suitable backdrop for its new office. The results would sit well on the pages of our great new book, Wild Art. 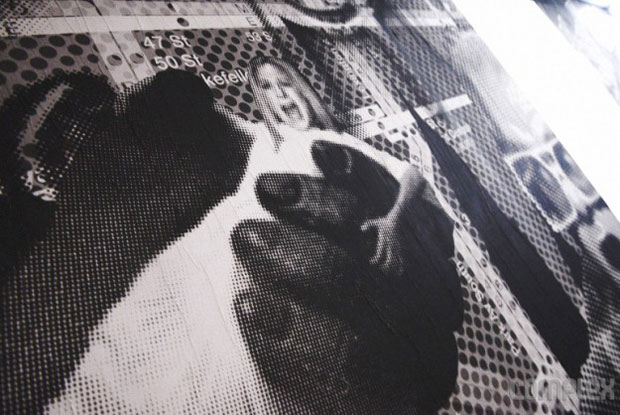 In the conference rooms ASVP modeled its images on legendary US music venues such as the Apollo, Harlem, the Viper Room, LA, and the Fillmore, in San Francisco. 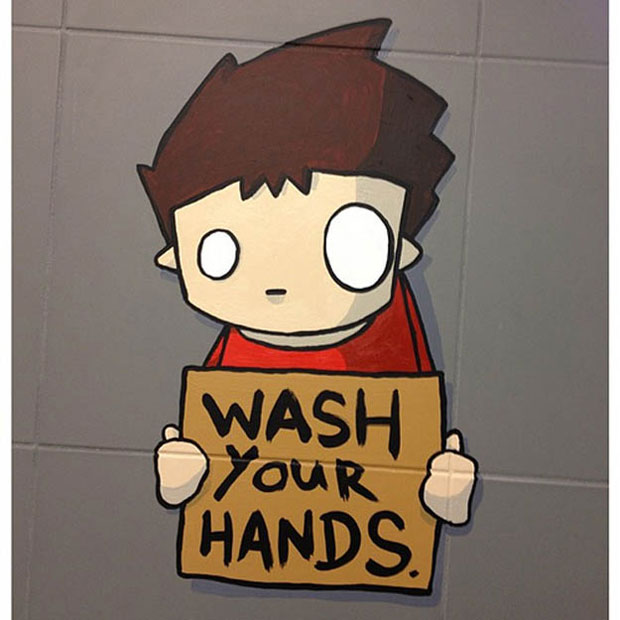 The bathrooms meanwhile feature playful reminders to ‘wash your hands’ by ChrisRWK. We like the clever use of iconic venues as well as the images themselves. If you do too we suggest you take a look at our new book Wild Art which looks at all kinds of art created outside the traditional gallery system. You'll find it here.