We're more likely to associate French luxury goods firm Louis Vuitton with handbags and luggage costing thousands of dollars or pounds rather than small, acrylic action figures. Nevertheless, when the brand chose to open a new store in the Shinjuku neighbourhood of Tokyo, it decided to display 42,000 such figures at the very centre of its new retail space. 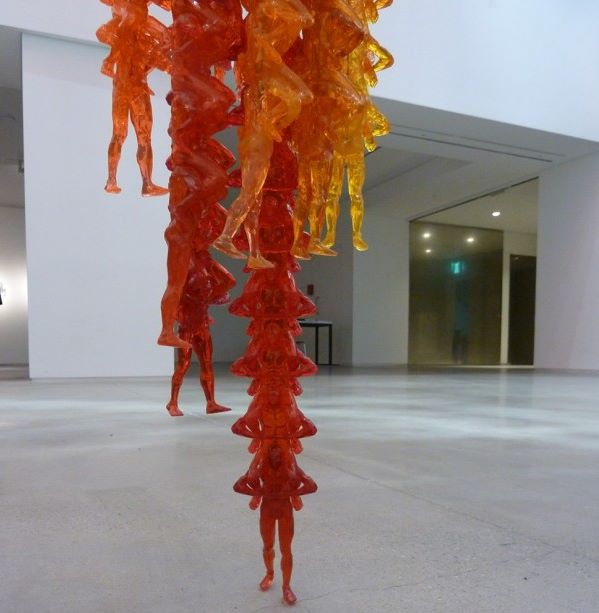 The figures have, however, been arranged into a multi-coloured chandelier-style artwork by the great Korean artist Do Ho Suh. The piece is a version of his 2007 work, Cause and Effect, wherein the artist, who was born in South Korea and trained in the US, joined together these tiny men into a series of illuminated 'chains'.

As we explained back in 2012, the artist often includes miniature figures in his work, which examines ideas of individuality and collective force, particularly in an East Asian setting. Previous pieces, such as Floor (2012) wherein thousands of tiny figures support a plate glass floor, or Net-Work (2010), wherein hundreds of gold and chrome-plated plastic figures were knitted together into a fishing net, cover similar ground. 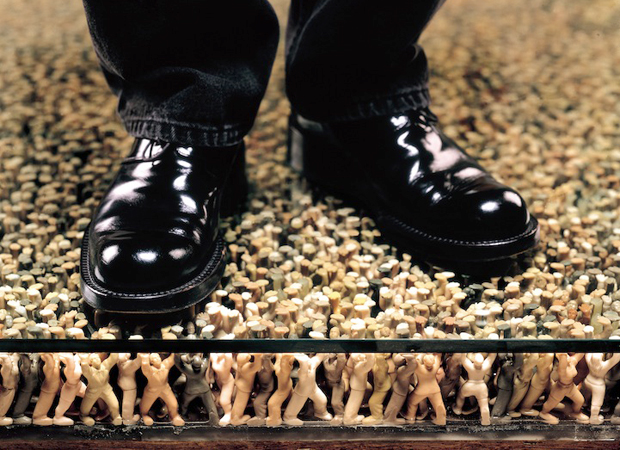 Cause and Effect, looks great here, so (very well designed) hats off to LV for including it in their new shop. Whether thoughts of the world's multitudes will inspire greater handbag sales in downtown Tokyo is another matter, but it certainly brightens up a January shopping trip - even if it's just window shopping.

For more on this go here. For greater insight into art unencumbered by gallery walls, take a look at our great book, Wild Art. And if you're visiting Tokyo, don't forget your printed Wallpaper guide or, if you prefer, the downloadable version. Buy these, and much more from the people who made them, here.