We almost missed this one, but yesterday The Moscow Museum of Modern Art opened the first ever large-scale retrospective of pioneering contemporary Russian artist Olga Tobreluts - one of the first artists ever to use digital and computer technology in her work.

Tobreluts's early works were intricate manipulations in which historical realities and myths of modern culture melted together transforming them into a magical super reality.

The starting point of her career was a show of paintings at an exhibition of new artists held at the Museum Palace Bridge in Leningrad at the end of the 1980s.  She subsequently moved to Moscow, joining Petlyura’s squatters in Petrovsky Boulevard to continue working on abstract paintings and graffiti. 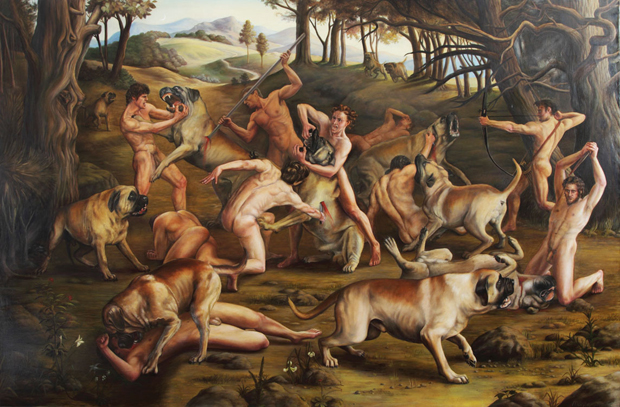 Battle of the Bare - Olga Tobreluts

In the 1990s she began visiting the Institute ART+COM in Berlin, Germany, where she became acquainted with computer graphics under the supervision of Professor Ulrich Walberg. She increasingly began to focus on computer graphics, photography and 3D modelling in her work. Her artistic approach began to evoke the ideas of Neo-Academism followers when she achieved a realistic resemblance between the 3D image of a human body created with the aid of the computer and that represented in the form of an academic drawing.

Her pioneering work led to art critic Bruce Sterling calling her “Helen of Troy equipped with a video camera and a computer.” In the early 1990s, Tobreluts put out a series Models featuring some popular figures of antiquity, which she “restored to life” by providing them with photographically credible and flawless bodies - the figures even wore the clothes of famous fashion designers. Her series was awarded first prize in competition GRIFFELKUNST for the Best European Computer Graphics an award she shared with the French artist Orlan. 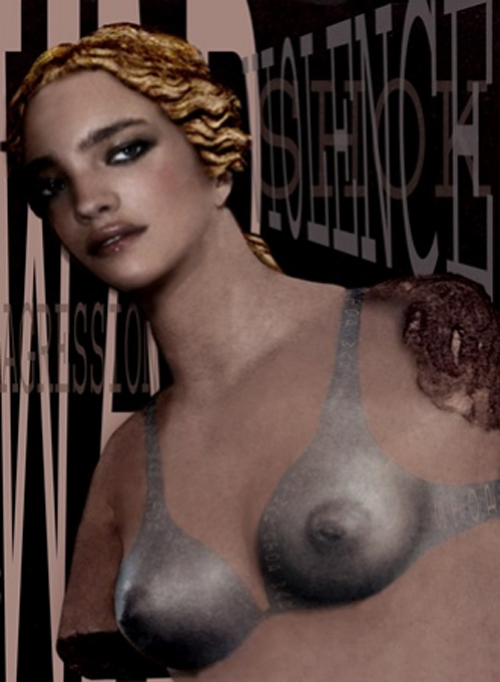 In 2000, Tobreluts started working on a grand project comprising a series of 54 works titled Emperor and Galilean, the eponymous characters of Henrik Ibsen’s play. The series was exhibited at Henie Onstad Museum, Olso, Norway, and later at the StateRussian Museum in St. Petersburg, Russia. She gave up using computer technologies in 2003 and returned to painting, carrying out experiments with the chemical makeup of paints to expand her range of methods of light transmission.

The MMoMA show has been put together by curator Antonio Geusa, an expert in new art technologies and media, researcher of Russian video art, author of several publications including “The History of Russian Video Art” (2007 – 2010). 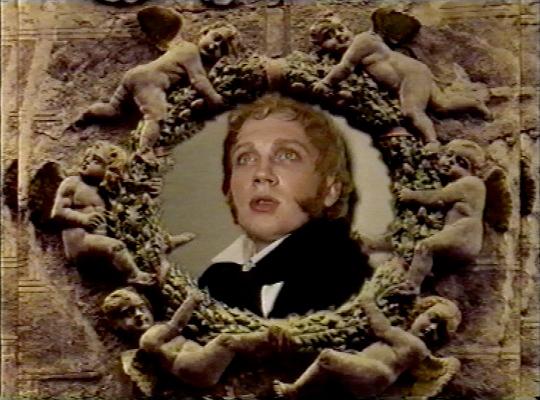