Our Design Classics App is back!

What better example of timeless product design to use as a way into our relaunched Design Classics App than a shelving system designed to show off at their best, those things we all love - books! (Obviously we’re working on the assumption that our relaunched app will prove as long-lasting as Vitsoe's 606 Universal Shelving System, upheld as one of the most enduring and sustainable designs on the market).

When some people think of ‘eco design’, and ‘sustainability’, the general image that comes to mind is still sometimes one of recycled compromise. Although we at Phaidon have moved on from that premise and agree that environmental credentials today are often as high tech as they are sexy, it would appear that Dieter Rams, who designed 606, was way before his time. 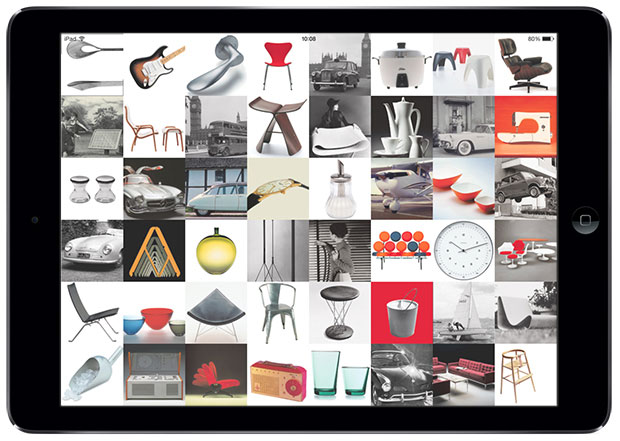 Just some of the 1,000 design classics assessed in The Phaidon Design Classics App

The secret to true sustainability, as we are now discovering some 50 years on from 606’s launch is in longevity, durability, and flexibility – all of which can be achieved through careful thought and reductionist design. Rams is not an eco-warrior, and nor was Vitsoe (its manufacturer) a jolly green giant of a company back then (though it is now) – all both of them wanted to do was make the best shelving they could for the exciting and evolving lifestyles of the 1960s.

A modular system that can be used as effectively for a single shelf or an entire library, it is adjustable and extendable (without the need for tools) and has the key advantage of being designed – aesthetically and practically – to last, no matter the changing need or fashion. Through meticulous design and a carefully considered service offering, obsolescence has effectively been built out. Its ability to evolve and improve with the passage of time – has demonstrated over the 50 years since its conception that this an investment as safe as houses. Safer, in fact, because you can take it with you when you move. 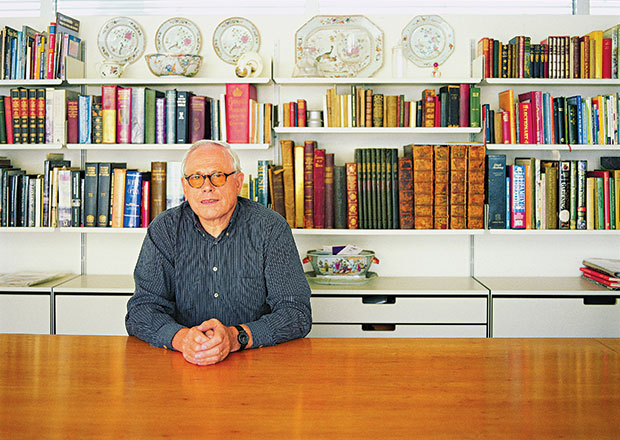 Dieter Rams as pictured in The Phaidon Design Classics App

606 is a design classic by any standard: whether you use as a measure of that the fact that it has won numerous awards for design excellence, and is part of the permanent collection of The Museum of Modern Art in New York (among others); or whether the criteria is more the fact that it reaches such soaring heights while entirely transcending fashion. It doesn’t change - it’s a guarantee that you’ll always be able to buy and sell the units as needed, and that they’ll fit, and given that we’ll never see a Star Wars-themed 606, it’s even more future proof than Lego.

Rams is obviously one of the most influential living industrial designers today, with a devoted following that includes big contemporary names such as Jonathan Ive as well as Naoto Fukasawa, Jasper Morrison and Industrial Facility. He designed the shelving system at the age of 28, when he was already some way into what would eventually be an oeuvre of some 500-strong electronic designs for Braun.

Rams had also by this time devised ‘Ten Principles’ of good design - a rule book of reductive efficiency for industrial designers the world over. 606 shelving perhaps most brilliantly demonstrated their effectiveness, and together they have become a benchmark for sustainable thinking in the 21st century. You'll find 1,000 iconic designs in the Phaidon Design Classics App launched today.