Stéphane Malka started as a graffiti artist before studying architecture in his home town of Marseille. He then had a stint with Jean Nouvel before setting up his eponymous practice in Paris. He’s known for his sculptural installations, which must have been what attracted ad agency Ogilvy & Mather to him.

At first, the agency got Malka to design some furniture for it on the Champs-Élysées. His solution was a stacking system of shiny red square poofs, to be arranged and rearranged to the client’s whims. These are complemented by shelving units of a similarly boxy and stackable nature, in white with red inside walls. 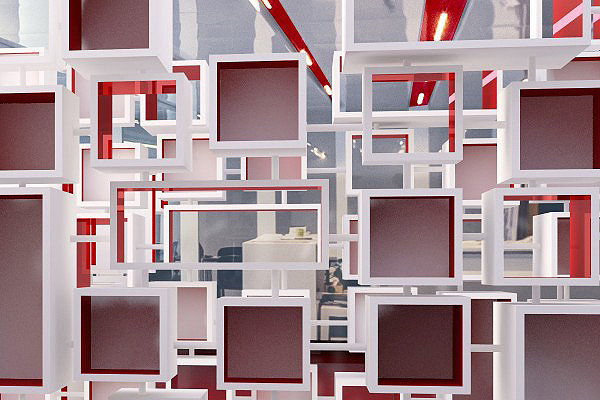 The effect was so disarming that the admen wanted more, and that original gig soon grew into the full renovation of the entire 7500m2 Headquarters. Time and money were against the architect however, he had super-tight deadlines and a budget of a mere €2.2m to play with.

So Malka complemented his seating and storage with a red lacquered floor and painted some key walls in the agency’s signature brand colour too. 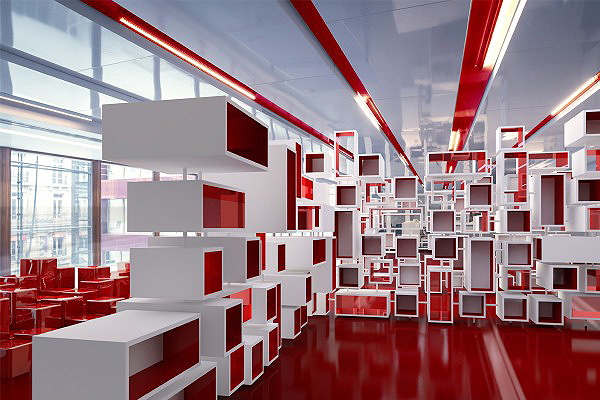 All this is illuminated by red and white strip lighting. Given the time and budget constraints, it’s a clever system that makes the new elements work hard. So the shelving doubles as room dividers and the seating creates interior landscapes which will delight even the most cynical copywriter. Maybe the ad network’s 449 other offices around the world will be inspired by Malka’s designs. Now that would be some roll-out.