One of the highlights of this year’s London Design Festival in September will be the launch of a racy new chair by Michael Sodeau. The east London-based designer has not only created a stunning and humorous piece of furniture for the show Designjunction, but he’s been pioneering to boot, making it just the kind of thing you'd expect to find in future copies of Phaidon's The Design Book.

The Halo lounge chair is made of a carbon-fibre composite called Hypetex, which was developed over seven years by Formula 1 racing car engineers. Halo is the first time Hypetex has been seen in bright, saturated colours including blue, fuscia and green.

The comedy comes in the potential confusion of the viewer. Put simply, Halo is a slim wing-shaped seat perched on just three thin legs with a big disc-shaped curved back that completely eclipses the seat when seen from a certain angle. 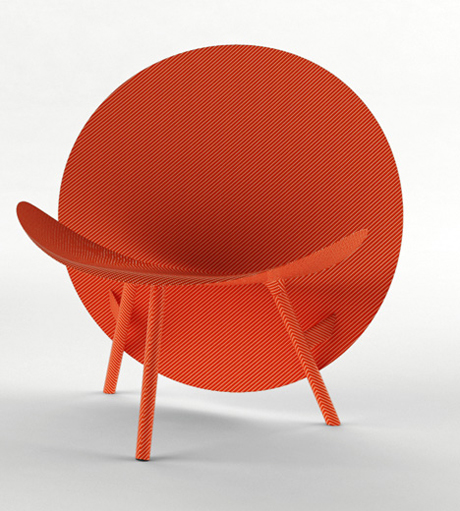 “When the chair is viewed from behind it hides what is in front, adding a playful quality that only reveals its full shape as you walk around it,” explains Sodeau, who’s based in that east London design Mecca, Hoxton, and whose eye-catching Noughts and Crosses tables for Modus came out last year.

He’s quick to point out Hypertex’s functional qualities: “It enables us to create a mono-material design, so aesthetically we can have a strong dynamic shape with one material over the whole object.” Plus, it is so strong and light that he can create shapes that are not possible with some other materials. 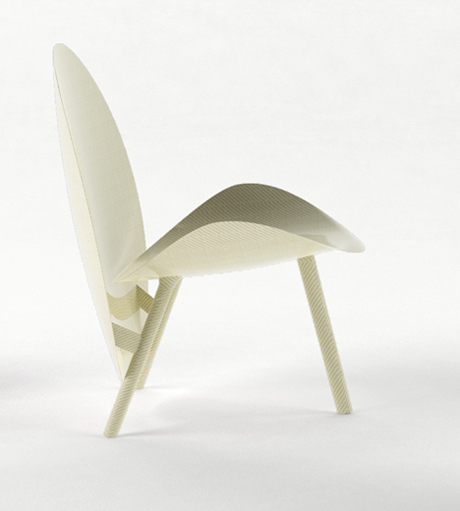 While Halo certainly won’t be the only chair to launch next month in London, it'll probably be one of the most talked-about. Check out Phaidon's The Design Book for more cool designs that have stood the test of time.