This weekend’s Muse Music playlist has been put together by Mozambique-born and Porto-based designer and architect Rui Grazina. Grazina has produced a small but perfectly formed range of furniture and products which he's exhibited at 100% Design, in London, FAD in Barcelona and Remade in Lisbon. His jewellery box RG02, won the design competition for the Berardo Modern Art Museum Design Shop, in Lisbon. In 2010 he presented his work at Rio de Janeiro Design Week and last December he launched his new product RG05 – a cube-shaped solid storage box measuring 170 mm3, that can be separated into four trays with different facilities to store precious objects. Rui also works on larger scale projects such as this house in Barcelos, Spain. As usual, we’ve put the playlist on Spotify and iTunes for you to enjoy. First take a read of what he has to say about the inspirational role music plays in his work. 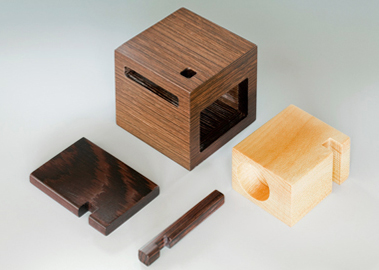 “Music has always been very important to me and constantly present in my work.  I remember being a teenager and the central role music started to have in my life. At that time, I remember discovering the incredible artwork that vinyl records featured. I was blown away by it, and started to spend all the time I could on that double passion. That led me to discover the work of people like Peter Saville or Hipgnosis and Storm Thorgerson, for instance. It was a really important period for me as it led me straight from discovering design, to focus on a growing passion on architecture and to the decision that that would become my professional life.   Now it can help carry me through nights of work or just set the pace on the normal day- to-day routine. It always had and still has the power of transporting me elsewhere, to very different places, and enabling me to see things in different perspectives. In that sense, it is absolutely invaluable in my workflow and in setting up new scenarios for the work to be developed in."

__ Trent Reznor Intriguing Possibilities__ - This is from _The Social Network_ soundtrack. I often listen to soundtracks when I work. Like many of the instrumental music I normally listen to, it helps me focus, and avoid the distraction of a vocal track. I find soundtracks great in the sense that they provide the background and they don't sound completely ‘finished’. The image is missing and you keep assembling it in you own mind.  In that sense it's interesting as it relates in quite a fitting manner to the way that my own work progresses. I assemble the various parts of the project (different scales/ different details) in my head, then in tentative drawings, and finally the whole picture slowly (sometimes painfully) comes together.”

__ Tim Hecker Sketch 1__ -  The last addition to my library. I like way the different pianos weave together these beautiful atmospheres. Like a lot of the instrumental music I listen to while I work, it has a powerful effect in enabling me to concentrate or relax.

David Bowie Moss Garden - I love the Berlin trilogy of albums (Low, Heroes and Lodger) and could listen to them endlessly. All these records sounds timeless to me. This piece particularly, is eerie and beautiful.  It interests me that those three works  are connected to a city and that maybe it could only have been done there and not in any other place. Cities are so important in the sense that they can influence and can transform us in so many ways. To me there's nothing like the vibrancy of arriving in a foreign place and the way that changes your perception in subtle ways. And the way that makes such a huge influence on the way you work.

__ Brian Eno The Big Ship__ - I don't know how many times I have listened to the album this comes from (Another Green World). And it's possibly one of the few that makes me feel that each track is a 'different place'. I once read in an interview that by the time Eno was writing it he was closed in his New York apartment, with windows taped over, completely shut off from the exterior. I don't know how true that is, but I relate to it in the sense that sometimes I just need to completely shut myself from the outside and work completely on my own. 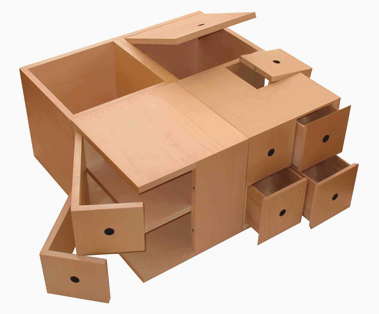 Laurie Anderson The Night Flight From Houston - Normally I listen to instrumental music to avoid distractions, but this is the exception. I know these stories from (the book) The Nerve Bible by heart now, so when I listen to it, sound and voice fuse like just one instrument and create a continuous structure. For me this is travelling in the form of a record.

Biosphere Genkai-1  - The Norwegian snow and cold sound good on a warm afternoon, just to cool off a little bit.

Fever Ray _Keep The Streets Empty For Me _ - Karin Dreijer's voice is astounding. Perfect to listen to at 4:30 in the morning, around the time I feel that work is flowing in the right direction. It might not be, but the song definitely is.

Johann Johannsson ___ IBM 1403 Printer__ _ - How can you turn a computer manual into an absolutely beautiful piece of music? I guess Johan Johanssen can answer that question.

Steve Reich _Music for 18 Musicians _ - I have seen this piece live many times, and each time it sounds new to me, like a really intricate landscape - one that you go back to time and time again and keep finding new details in. I find myself looking at architecture pretty much in the same way. My vision keeps going from micro to macro, and it pulses a bit in that same repetitive way. I go from detail to whole, from big to small - that is also pretty much the way I work. I really wish I could ever do something with this much density, though.

Can _Bring Me Cofee Or Tea _ - This sometimes sounds to me a bit like music from another planet. It's ideal for the end of the day, when work is going nowhere and it's time to play something loud, take a break, and then get back to work.

Listen to Rui Grazina's playlist on Spotify or iTunes.