From Suffragette teapots to protest robots, the V&A's Disobedient Objects examines the role of making in rebellion

For those of us who like to do and make things, there's something heartening about We Sit Starving Amidst our Gold, Jeremy Deller's 2013 mural for the British Venice Pavilion, depicting William Morris, founder of the Arts & Crafts movement, lobbing Roman Abramovich's super yacht across the Venice lagoon.

In reality, crafty political resistance is somewhat harder in an age when everything from bicycles to megaphones is manufactured in a factory in Guangdong. However, that hasn't stopped the creators behind the V&A's summer exhibition from putting a little political resistance into the production process. 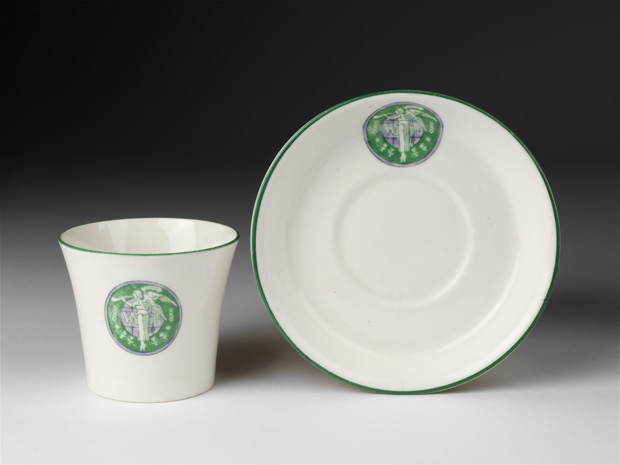 Disobedient Objects is a free exhibition to be held 26 July 2014 - 1 February 2015 in the Porter Gallery at the museum. The show brings together products "from around the world that have been created by grassroots social movements as tools of social change."

This includes protest placards and union banners, but also less conventional exhibits, including a graffiti-writing robot, defaced US banknotes, a video game about the mobile phone supply chain, and a giant inflatable cobblestone that was thrown at police during demonstrations in Barcelona.

Many of the works in the show were made by amateur designers, with little in the way of training or workshop experience. According to V&A director Martin Roth the exhibition will show "that even with the most limited of resources, ordinary people can take design into their own hands. "This is a brave and unusual exhibition; these are brave and unusual designers," he adds. "We are proud to present their work." 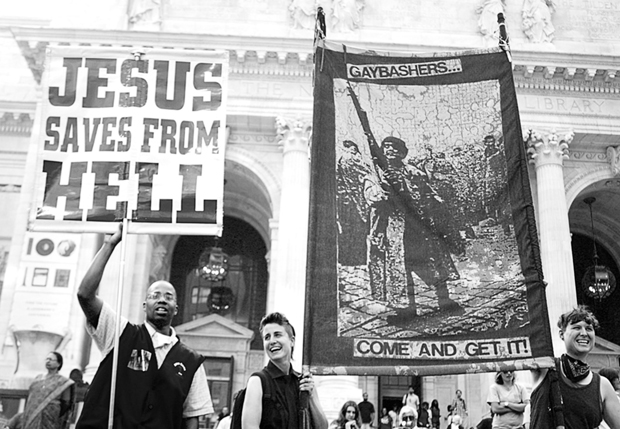 L J Roberts, Gaybashers, Come and Get It, USA, 2011, courtesy of Blanca Garcia

For more on this, go here. For greater insight into a more sinister political influence in graphic design, consider our book, Iron Fists; and for a pocket-sized primer on product design from the earliest teapot through to the latest PC, pick up a copy of The Design Book, here. You can read an interview with its editor, Joe Pickard, here.