A visit to the Copenhagen HQ and showroom of Louis Poulsen Lighting will usually begin with a short education at its Lighting Studio. A small space on the ground floor of the multistorey building, the studio is dedicated to enlightening potential customers and clients in the basic principles and properties of light. The phrase “lightbulb moment” takes on new resonance as switches are flicked and objects change colour and even shape with different spectral curves, light temperatures and according to the RA index. Visitors emerge blinking, newly schooled in glare and antiglare, reflections, luminance and lighting philosophy.

Louis Poulsen Lighting also happens to be the manufacturer of one of the 20th century’s most iconic pendant designs: the PH Artichoke, designed by Poul Henningsen in 1958. And it was with this design, and the subsequent partnership with the designer, that much of its current philosophy began. Also Known in Danish as the PH Kogle - or fir cone - the Artichoke has earned this status not just because it’s a showstopping whopping great centrepiece of a statement light, but also a study in how to light a room correctly.

For a lamp to do its job “correctly” in Poul Henningsen’s mind, meant that it should “Beautify the home and those who live there, to make the evening restful and relaxing." Which ultimately meant using the natural properties of the lightsource and the necessary technology to achieve the best possible lighting characteristics, and carefully considering what those characteristics need to be in every room. 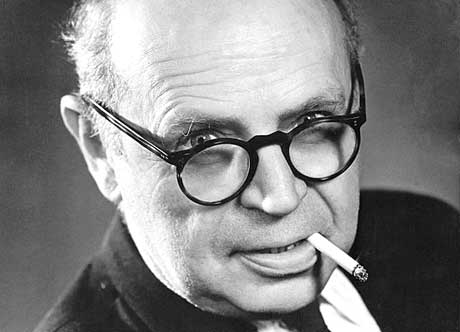 While the functionality requirements naturally vary of a lamp from room to room, all of Poul Henningsen's lamp shades would consist of separate elements, shaped and arranged so that they covered the bulb and directed the light without the rays being reflected more than once. This would give the most subtle and unobtrusive effect within a space. In the Artichoke the entirely glare-free light is achieved by the precise positioning of 72 leaves forming 12 unique rows of six leaves each. The overlapping leaves diffuse a general light in the room, so that the contrast between the illumination of the walls and the floor (or table if it’s over one) isn’t too much, while the varying shadows cast on the lamp itself avoids the abrupt transition from light to darkness which an ordinary spherical pendant shade would result in.

The Artichoke - originally designed for a restaurant in Copenhagen called the Langelinie Pavillion, where they still hang today. It comes in three different sizes in copper, wet painted white or brushed stainless steel, and is incredibly heavy, meaning it needs to be suspended using aircraft cables.

Henningsen’s other criteria for his lighting was that it should also be reliable over the long term - not only in terms of the materials, production methods and technologies involved, but also in its design, which should have permanence by being able to adapt to different architectural styles (historic as well as modern) and so sit happily in a wide variety of settings. That, ultimately is what has made the Artichoke prove to be such a wonderful investment for so many design collectors. And one of the reasons why Louis Poulsen’s Studio is so enduringly illuminating. Buy it here.