The man who made Lady Gaga's bone mask ponders the fine line between art, design and commerce

“I have artist friends”, says 30-year-old designer Gary Card, while insisting that he doesn’t consider himself an artist. “I’d call myself a designer. I fell into to being a set designer because that is the easiest way to describe what I do. But I didn’t set out to be a set designer either - I set out making costumes, headpieces, and the odd weird sculptural prop and it just evolved into set design. And although I call myself a set designer, it’s just one of the things I do. I also do a lot of illustration - you could call me an illustrator. I guess I’m a working craft person.” 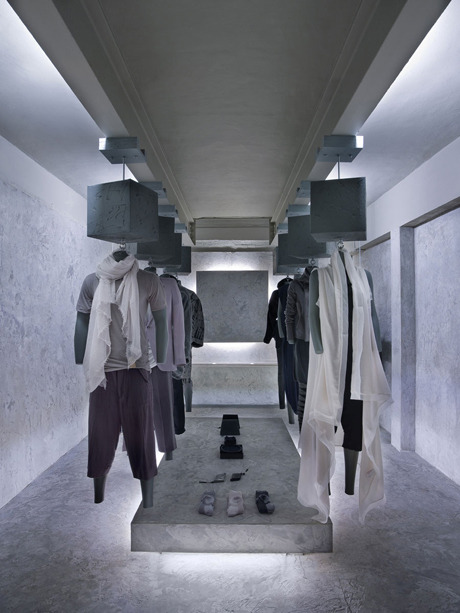 The quirky, surreal but incredibly accessible work of the London-based 'all-rounder' has enjoyed some of the world’s largest platforms: it has been used as stage props and costumes by Lady Gaga (maybe you saw her bone mask on the Monster Ball Tour) and has appeared as in-store installations and displays for some of the most innovative retail set-ups, including Spanish luxury brand Loewe, the clothing retailer COS, and cutting-edge London fashion boutique LN-CC, his interior design for which he is nominated at the Design Museum’s Designs of the Year Awards. His editorial work for photoshoots regularly features in cutting-edge style and art magazines including POP, Dazed & Confused and Garage. 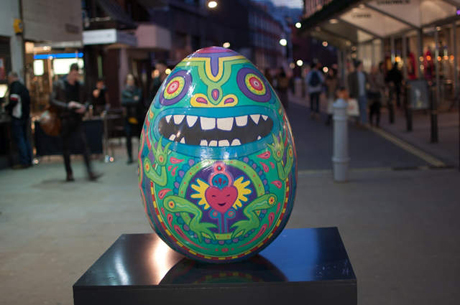 As a respite, Card, who studied theatre design at Central St. Martins, has recently embarked on two secret personal projects, free from the strict constraints of a paid commission or the conflicting visions of collaborative editorials. “One idea is a classic sculpture idea,” he explains, “I was at the V&A and I thought it would be so much fun to make really ambitious sculptures like David, or battle sequences. You have these naked Greeks hammering each other with a goat’s skull. But then I love the idea of them being cut out and melted and eroded in some way and putting them through a process.”

Of course, these sculptures will be in Card’s favourite material – plasticine. “Plasticine is such a fantastic raw material and there’s nothing permanent about it so it can be manipulated. The plasticine sculptures are meant to be destroyed. For me, it’s the immediacy of it. I know the material really well and I just get so much out of it. There’s such a strong nostalgia element as well.” 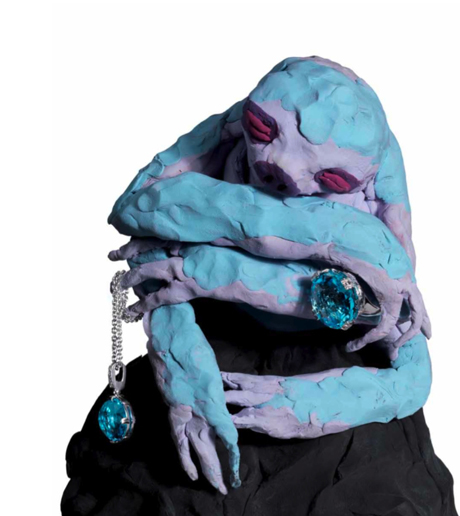 For a designer with so much industry experience, it’s inevitable that what he has learnt in the commercial sphere will impact on his self-initiated projects. “It’s a lesson in knowing your audience and what people want- thinking not just about whether I want to see it but asking ‘Do other people want to see it?’ Having my work in a commercial context gives me a good opportunity to see what works because God knows I’ve made a few mistakes.” 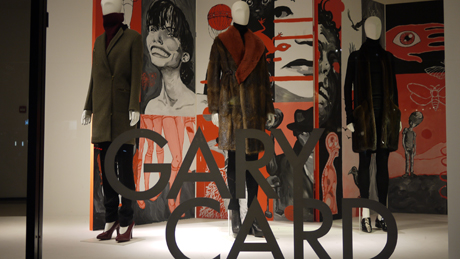 “There is a philosophy in what I do but I haven’t necessarily got a message," he continues. "I make to make. That’s why I’m reluctant to use the A word,” he explains. I’m far more interested in tone and texture and material than I am on a general message. That’s the grey area for me. I’m not saying anything with my personal sculptures – I’m sure there could be stuff that could be said about them but it’s just an excuse to express myself in a different way.” 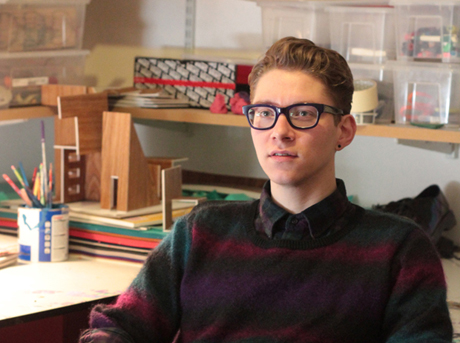