Origami inspires a rethink of the toothpaste tube

Toothpaste packaging has certainly come a long way. The original tube must have seemed revolutionary when it was first introduced in 1892, yet it actually mimicked the kind of tubes used to package oil paints. These early metal dispensers cracked and leaked, yet the subsequent plastic, laminate tubes have their own limitations.

They may be more durable, but it's pretty hard to squeeze out every last drop. Trust a design student to come up with a potential solution. Nicole Pannuzzo, who's studying interior design at Arizona State University, was inspired by the number of gadgets on sale dedicated to getting stubborn toothpaste out of the tube. "It just occurred to me, that we shouldn't be adding more products, but rather redesigning what we already have," she says. 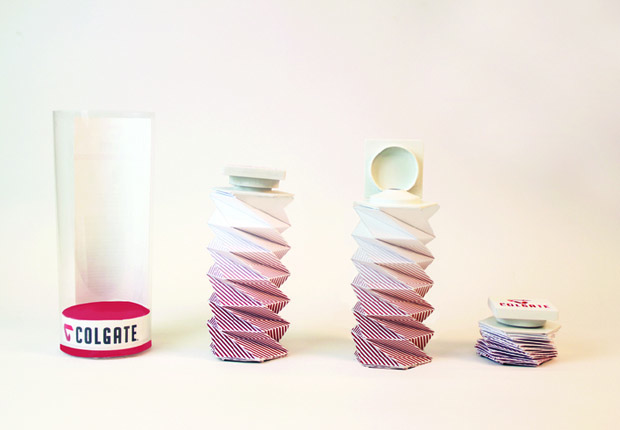 It took her 100 prototypes to finalise her concept, which borrows heavily from both the accordion and origami. Its hexagonal shape folds back to a flat-bottomed base in a gentle spiral. To squeeze a bit out, the user pushes down on the 'tube' while it's standing on its base. With each use, the concertina folds back into itself.

Her vision is that this container would sit or at least be transported in transparent cylindrical tube. It would certainly stand out on shelf in an age when rival products are either lying flat inside a cardboard box, or standing upright with a pump action. Now it's just a case of waiting to see whether an adventurous manufacturer is willing to invest in Pannuzzo's prototype. 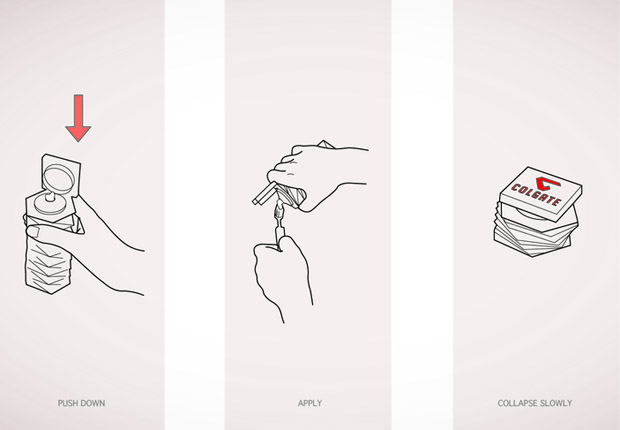 Find out more here, and for an overview of design history from the earliest teapots through to Apple's laptops, take a look at The Design Book.