Half a century after the board game Connect 4 started appearing in lounges and playrooms across the world, a storage unit is brought out in its honour. The classic game is credited to the Milton Bradley toy company, set up by the eponymous Bradley, an American mechanical draftsman and patent agent-turned lithographer.

For the uninformed, Connect 4’s blue plastic frame holds a grid of circular hollows where red or yellow counters are slotted. The aim of the game is to get four counters of one colour in a vertical, horizontal or diagonal row. Fifty years later, these nine adjoining square cupboards created by Italian designer Luca Valota mimic the look and - to an extent - the structure of the iconic game. 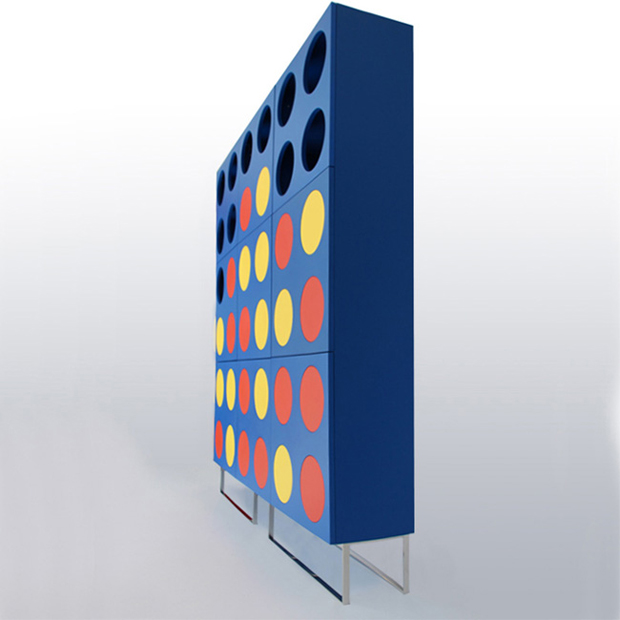 In Valota’s version, called DISK36, each blue cupboard door has four round holes, into which can be slotted one of 36 red or yellow discs. This is done by opening the door and placing the disc into an internal rolling mechanism.

“As a result, it is possible to challenge friends and relatives, or simply to place the discs according to the mood of the day, creating always different compositions,” says DISK36’s manufacturer E1+E4 which makes and produces all its limited edition pieces in its own factory in Bergamo. The wood of Valota’s unit has been highly varnished, to recreate the effect of the 1970s plastic, and stands on polished stainless steel legs. 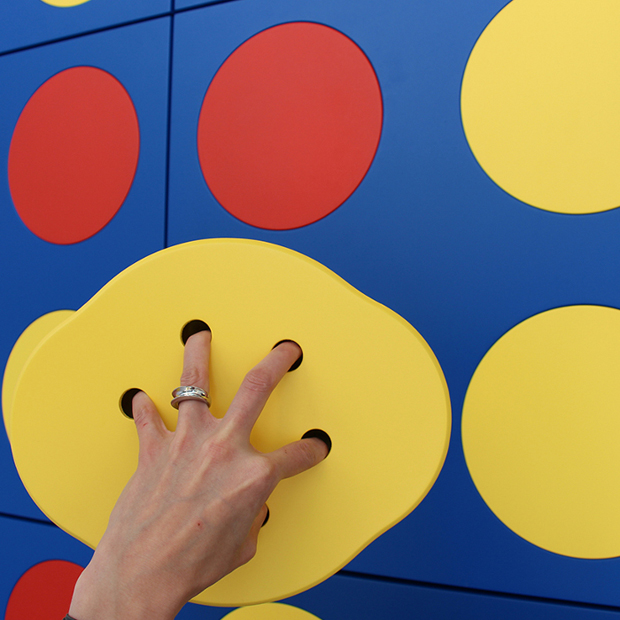 Meanwhile, for some product designs that have really stood the all important test of time check out The Design Book in the store where you'll also find some amazing monographs on legendary product designers such as Shiro Kuramata, Dieter Rams, Carlo Mollino and Naoto Fukasawa.