We know Snøhetta’s architectural work – most notably its Norwegian National Opera House, and its ongoing reconfiguration of Times Square, New York. However, the firm, founded in Oslo in 1989, also does some pretty impressive branding and graphic design. Its proposal for the country’s kroner banknotes has been selected by the Central Bank of Norway as one of two winning submissions, both of which will be incorporated into new paper currency designs.

The Central Bank asked designers to theme their work around the sea; Norway has the longest coastline in Europe. Snøhetta submitted its pixelated designs under the title, Beauty of Boundaries. The proposal, which combines photographs of coastal scenes with pixelated interpretations of the images, will be combined with a more traditional interpretation of national sea-themed illustrations, by fellow Norwegian design group, The Metric System. 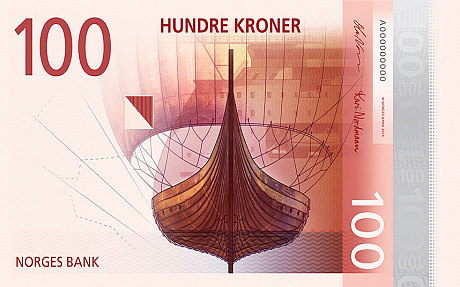 “Our cubical pattern first of all represents pixels; our times’ visual language,” explains Snøhetta. “Secondly, it represents mosaic; surface décor put together by different materials of different colours which together create a picture.”

The firm also points out that, the higher the denomination the note, the longer the moasic blocks are in its design. This, says Snøhetta, is a graphical representation of wind and waves. It “follows the Beaufort scale, as an expression of wind force, affecting the waves of the sea. On the 50 NOK note the wind is gentle, represented by short, cubical shapes and long, tame waves in the organic pattern. On the 1000 NOK note the wind is strong, expressed through sharp long shapes on the cubes and short waves.”

Like what you see? Well, don’t rush to a currency exchange just yet. The proposed notes, which will bear The Metric System’s traditional designs on the front and Snøhetta’s pixelated treatments on the rear, aren’t due to enter circulation until 2017. 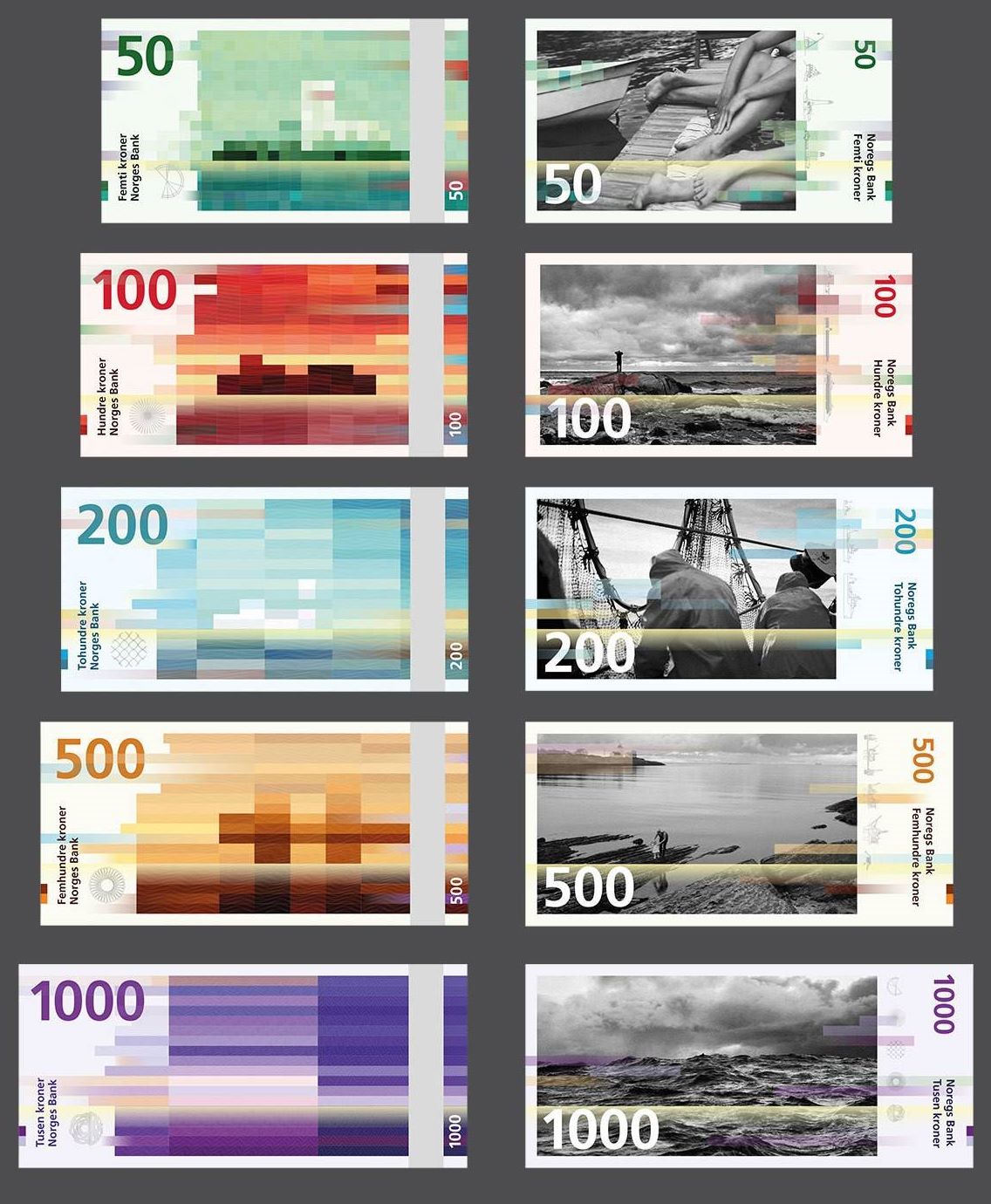 Instead, take a look at Snøhetta’s page in the Phaidon Atlas, our peerless architectural resource, and gain a greater understanding of graphic design throughout the ages with The Phaidon Archive of Graphic Design.