With countless personalities having graced its couch, and many presenters having sat behind its desk, it is hard to think of the Tonight Show, America's longest-running regularly scheduled entertainment program, as having a character of its own.

However, when the leading design agency Pentagram came to rework the show's familiar graphics to mark the arrival of new host, Jimmy Fallon, they found the talk show had a long and storied design history.

Pentagram’s Emily Oberman oversaw the job, positioning the new Sharp Sans logotype within a full moon, that also doubles-up a theatre spotlight and a full stop. This new logo works both as a plain graphic, but also as more lifelike, photographic representation, when superimposed onto the show's opening credits sequence. 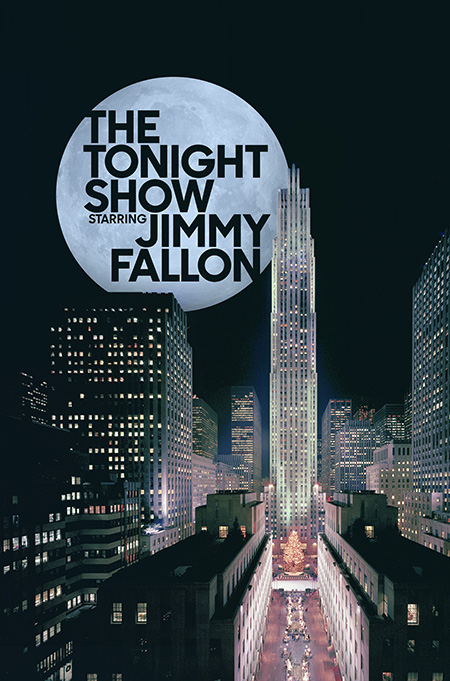 Fallon's arrival coincides with the show's return to New York, after more than four decades of production in California. Pentagram say that Fallon and his producers wanted an identity that was “fun and contemporary but still had a sense of elegance that conveyed the show’s long history as the gold standard of late night television.”

Looks like they've done it. For more on this go here. For more on Pentagram, take a look at these great books we made with the firm. We also publish some great monographs with the agency's founder, Alan Fletcher.