Can you name these film-star buildings?

In some movies architecture plays, if not the star role, the certainly a key supporting part. Surely some of the appeal of James Mason's villainous spy, Philip Vandamm, comes from his vertiginous, highly modern house, as seen in the closing scenes of North by Northwest (1959). So too, the charm of Colin Firth's character, George Falconer, in the 2009 film, A Single Man, lies partly in his delightfully well-kept John Lautner bungalow. Meanwhile, the clinical, geometrical Villa Arpel from Jacques Tati's 1958 picture, Mon Oncle, is a great satirical comment on consumerist French society. 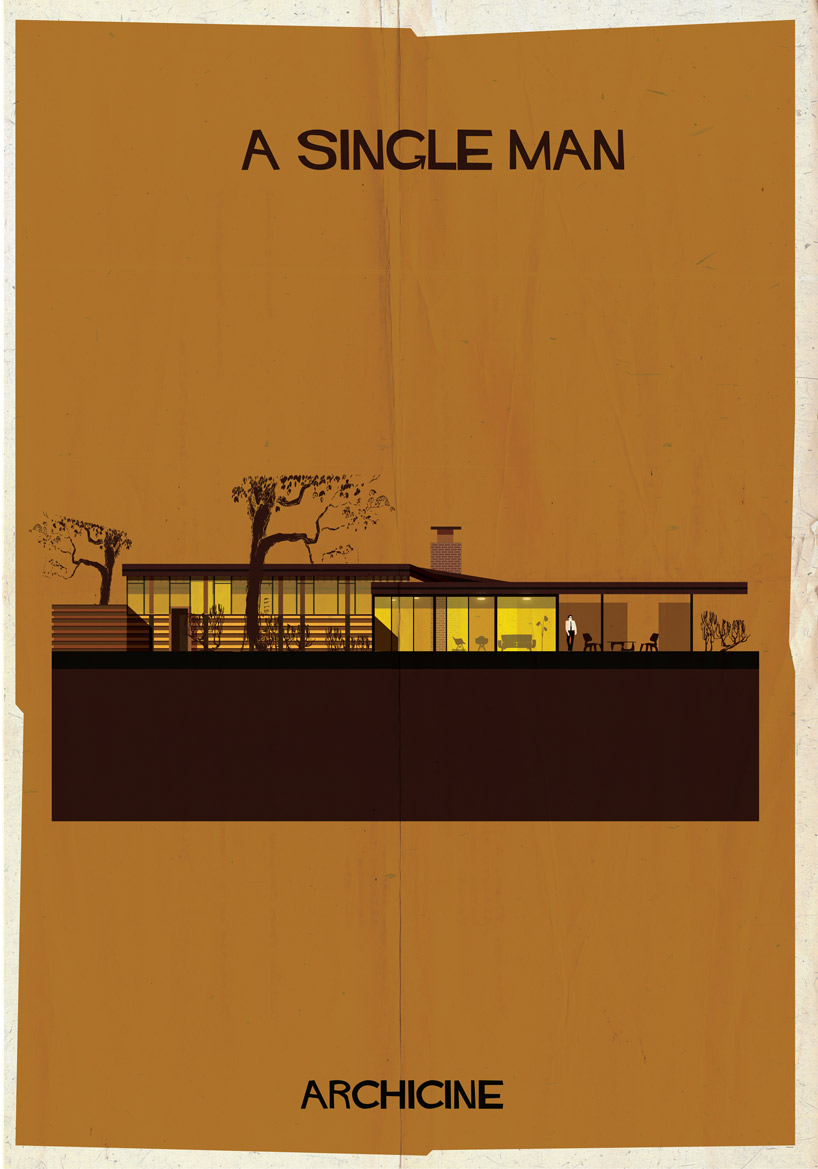 With this in mind, the Spanish architect and graphic designer Federico Babina has selected a few key cinematic houses, for his series Archicine, wherein he reworks film posters, placing these houses centre stage. Some buildings, such as Richard Neutra's Lovell House in the LA Confidential image, are well-known architectural landmarks. Others, like the dwelling in Peter Sellers' 1968 film, The Party, are an architectural chimera, with establishing shots taken in the Pacific Palisades and interior sets built in the MGM lot. 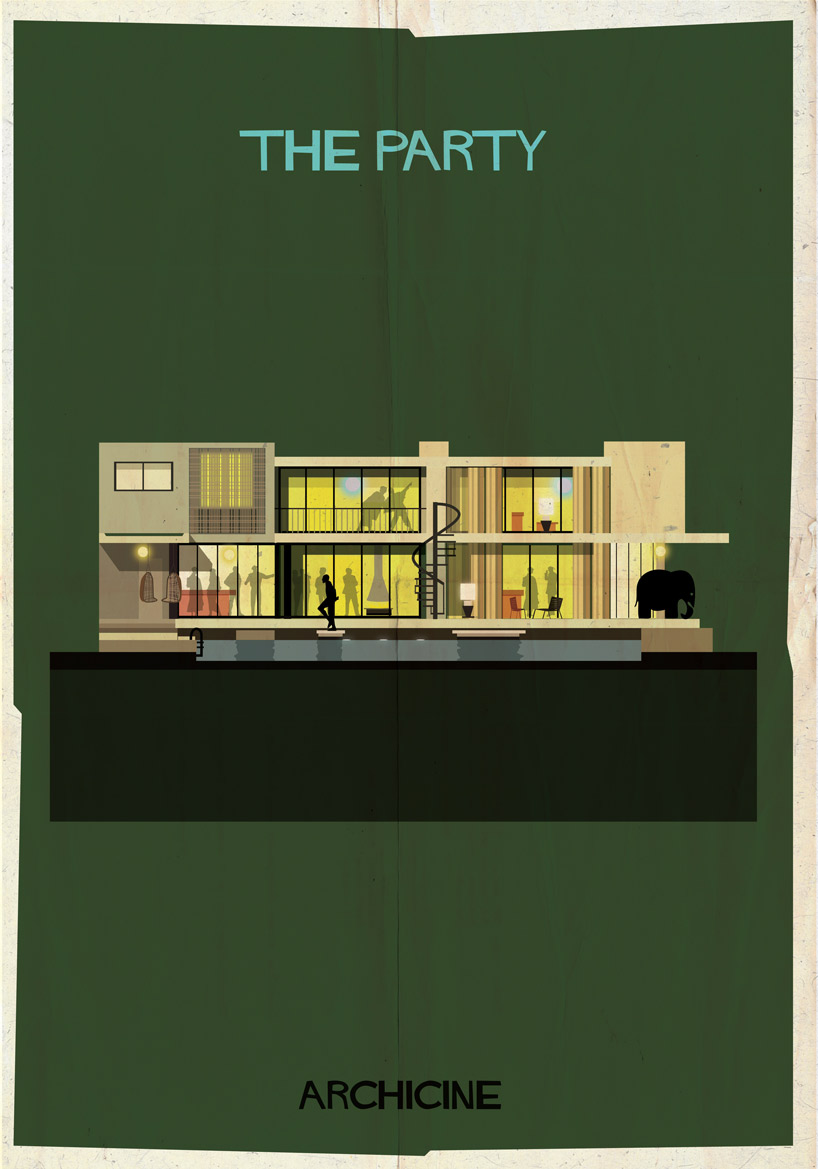 Federico Babina's poser for The Party

Still, this doesn't diminish cinema's architectural appeal, according to Babina. He told Fast Co. Design, “All people consciously or unconsciously connect a movie with the space in which the action takes place. It's like box that contains a gift. The idea of the series of illustrations was to transform the 'box' into the 'gift'.” 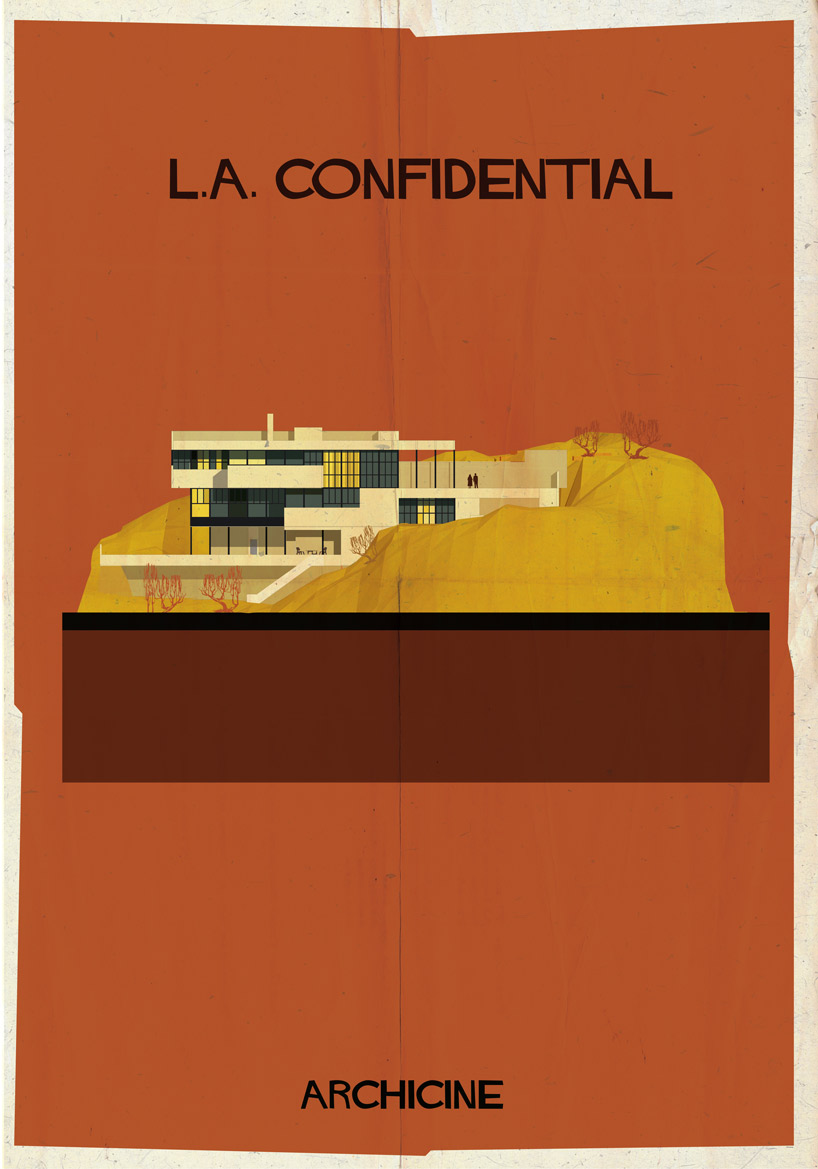 His posters certainly make for a pretty encapsulation of these movie homes. Can you picture them all? For more, go here. For more on Hitchcock and co, take a look at our film books, here. For greater insight into modernist housing, consider our series, The Modern House. Buy them all from the people who made them, here.