Alongside the mini-skirt and the Mini car, the Moulton small-wheeled bicycle has long been regarded as a Sixties design classic, evocative of an era when eccentric British inventiveness worked in harmony with world-class innovation. Dr Alex Moulton, who passed away on Sunday at the age of 92, exemplified the era perfectly, and his designs, while conjuring up the white heat of Sixties technology, remain as beautiful and useful as ever. 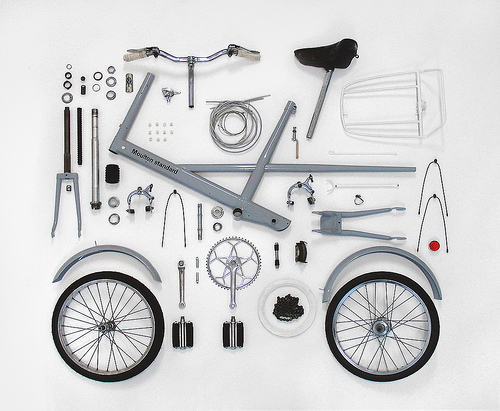 Moulton came from a long line of industrialists, and worked in automotive and aircraft design, before coming up with the Moulton Bicycle in 1962. As we explain in Volume Two of our Design Classics: "It was working on the Mini, with its winning combination of small wheels and suspension, which in part inspired the first Moulton bicycle."

Indeed, Moulton developed hydrolastic units, or fluid-filled rubber balls, as a suspension device for cars, but employed the same system when he turned his hand to the bicycle, placing the component in the rear joint of his bike frames. His automotive work also led him to try smaller wheels on bicycles. 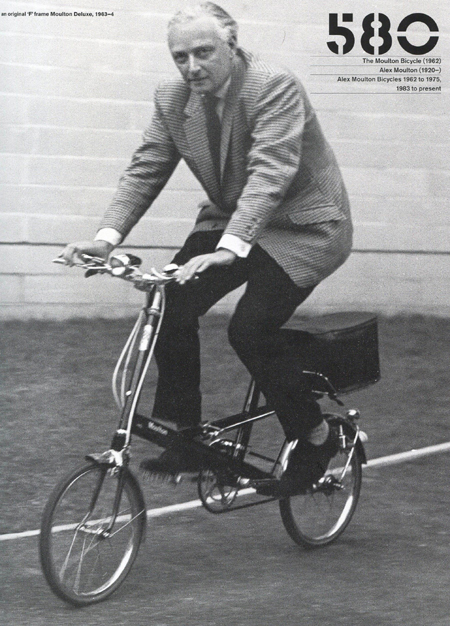 Again, in our Design Classics book we explain: "The advantages of small wheels (16 as in alternative to traditional 27-inch tyres) are their inherent strength and that their reduces size allows more space lower down on the bike load carrying. Importantly, this does not have a significant negative effect on the handling of the bike." 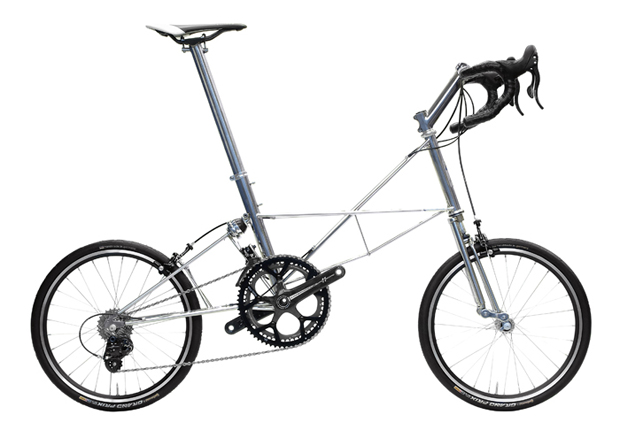 Moulton also raised up the handlebars and seat post, to produce the perhaps the greatest innovation in cycle design of the past half century. His work paved the way for all folding commuter bikes; Brompton bicycles even exploit the same rubber block suspension technique.

While, in the popular imagination, Moulton bikes might not have the same stature as the Mini or the miniskirt, their regard within the design community remains unimpeachable. As Sir Norman Foster said on the vehicle's 50th anniversary, "The Moulton bicycle is a classic piece of British design. An aesthetic object, it is also a delight to use - flexible, responsive and comfortable to ride." He called Moulton "a brilliant man and a remarkable engineer." 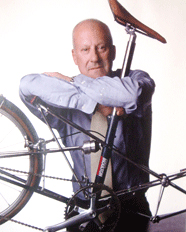 James Dyson also expressed his admiration for Moulton, saying the designer "challenges and questions every part of the design. His aim is clear: to make lighter, safer and more comfortable bicycles whilst improving speed. Good design is about how something works, not just how it looks, which is why I like the Moulton bike so much."

We can only add that we rather like the way Moulton bikes look too, and that we're quite certain the bike will likely see another half century of use. Meanwhile, for more on Moulton and for further iconic inventions, take a look at our Design Classics, a three-volume series covering everything from typewriters to trains.