Though he is best known as a novelist, Douglas Coupland originally trained as a sculptor and designer, and has been quietly building a second career in this area, exhibiting works since 2000. In March he exhibited at the Armory Show in New York, and he's just finished work on a public sculpture in Ottawa commemorating Canadian fire fighters. He is represented by Vancouver's Monte Clarke gallery, also home to Alison Yipp, Derek Root and Graham Gillmore. 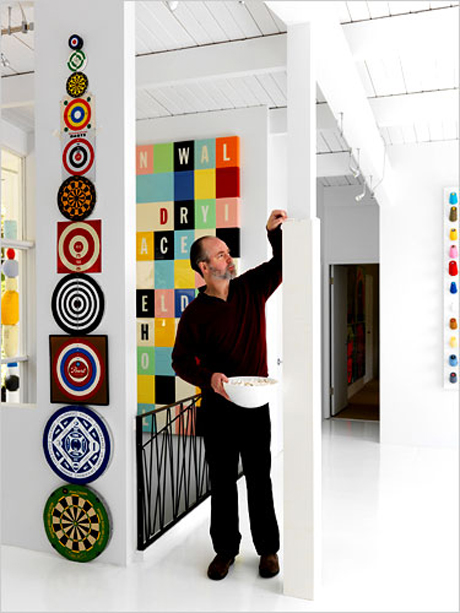 Coupland builds Lego around one of his second home's pillars. Photo by Martin Tessler 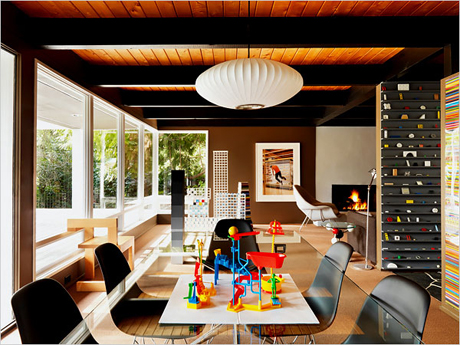 A Mousetrap game serves as a ready-made sculpture. Photo by Martin Tessler

The house is a renovated mid-century property sitting directly in front of his other residence. You view the full series of photos on the NY Times site here. See how many mid-century design classics you can spot. Feel free to use Phaidon Design Classics as a reference. 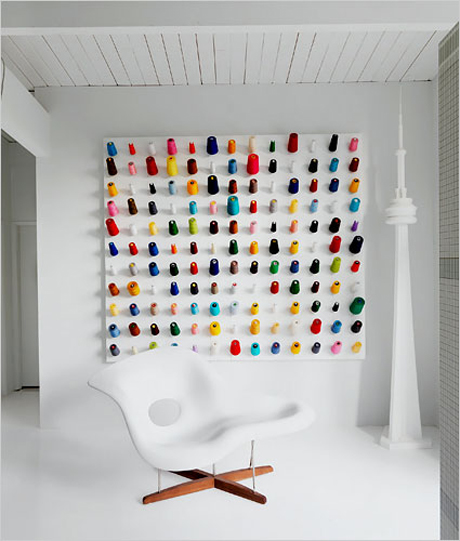