Milton Glaser – one of the most influential graphic designers of his time – has launched his own campaign to raise awareness of climate change. Called It’s Not Warming, It’s Dying, the campaign hopes to inspire or cajole big industry into changing its environmentally-unfriendly ways. It centres around an arresting disc-shaped image in black and green.

The disc symbolises the green planet Earth as it is enveloped in a cloud of toxic smog. This is animated to menacing effect on the Itsnotwarming.com website. Glaser is selling the button badges through the website, a spare home page in clean bold type. “If half the people on earth wear the button even the 'masters of the universe' will be moved to action,” he says. 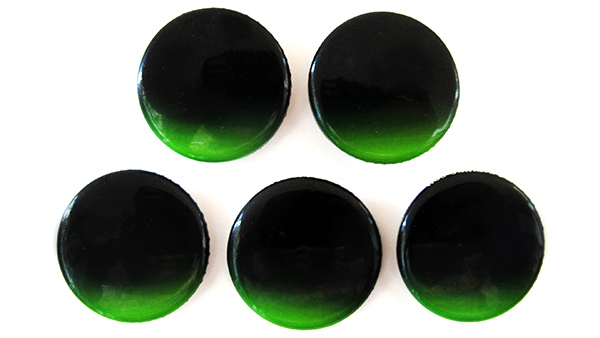 The badges sell for $5 for a pack of five, so that purchasers can spread the message by giving away some of them. “Even politicians will understand,” reads the website.

Manhattan-based Glaser is acting chairman and a faculty member of the city’s School of Visual Arts, and a poster carrying the campaign slogan is pasted to the side of the SVA’s East 23rd Street building.

“If one is looking for a purpose and theme to their life, avoiding the worst event in human history is a good place to begin,” he says, with it must be said, unassailable logic. And, of course, it may also be that some die-hard Glaser fans buy the buttons to add to their collection of Milton memorabilia.

You can see some prime examples of Milton's great work in the Phaidon Archive of Graphic Design, our book in a box that gathers together 500 of the  most iconic and most important designs in history. It's in the store here.