In comparison to their furniture, relatively little is known about Charles and Ray Eames's graphic design work, so a new exhibition opening at PM Gallery & House in London next month is especially welcome. Its title, ‘Addressing The Need’, is a reference to both a Charles Eames quote about identifying problems then solving them with good design. The Eames Office in Venice, California, opened in 1943, and produced graphic design for branding, packaging and advertising film, photography and exhibition design, similar to how many full service design agencies do today.

Charles and Ray Eames had a number of long term clients, including IBM and the exhibition has sought out what Curator Carol Swords calls, "very stylistic small graphical content." The popular House of Cards toy, made from slotted cards, will be displayed and explained in such a way, alongside associated Eames Office designed paraphernalia."We were looking to show something that no-one else had," Swords says. 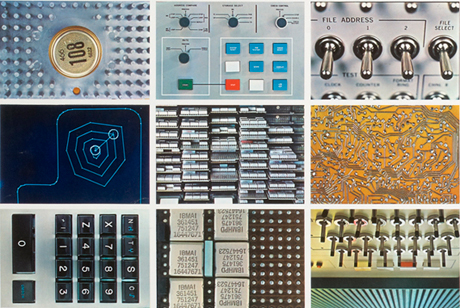 The exhibition will present examples of the ads, brochures, pamphlets, posters, booklets and films the Eames Office produced, along with some of the chairs and toys. Film played a big part in the Eames’ oeuvre. They made 125 during the course of their careers, including Powers of Ten, which explores the relative size of everything in the universe and will be shown at the exhibition alongside the James Franco-narrated Eames film The Architect and the Painter.

Addressing The Need: The Graphic Design of the Eames Office runs from 14 September – 3 November at The PM Gallery & House, Mattock Lane, Ealing, W5 5EQ. Learn more about the Charles and Ray Eames film, The Architect and the Painter.