Graphic designer Margaret Calvert is best known for creating the UK's road signage system in the 1960s with Jock Kinneir. The Design Museum describes it as one of the most ambitious information design projects ever carried out in Britain.

But South African-born Calvert went on to have other claims to fame, including designing the font for the Royal College of Art, where she was a graphic design course director.

That Calvert font has now been updated by graphic designer extraordinaire Neville Brody, along with fellow designer Henrik Kubel, who graduated from the RCA in (what else) graphic design in 2000. 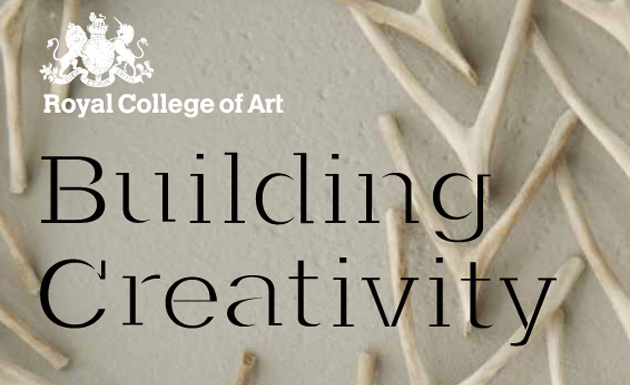 The new font will be used in the college's promotional material

The college briefed Brody - who is dean of the RCA's communications school- to create a new identity to be used on its buildings and its communications and press material.

This rebranding project was led by Octavia Reeve at the RCA, who asked Brody's Research Studios and Kubel to try to reflect the college's history as well its current reputation for innovative design and fine art practice. The upshot is Calvert Brody, which he describes as a 'remixed' version of the RCA's font, Calvert.

"The idea is like bringing in a producer and doing a remix of music, so I remixed Margaret's font," Brody says. "I've tried to make it both more classical by making it more exaggerated and thick and thin, and at the same time make it more industrial and contemporary, by bringing in the - hopefully interestingly - redrawn pieces plus the stencil." 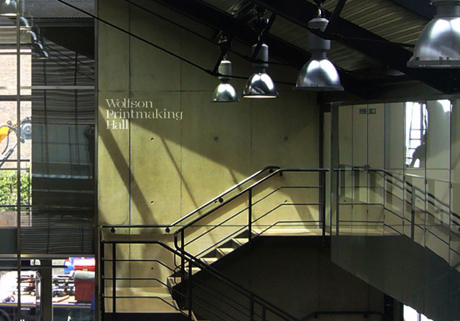 The font will also be used for the college's signs

To continue the stencilling theme, Calvert Brody will be sprayed directly onto walls or laser-cut into metal, as well as being used in print and on screen.

Brody adds: "Hopefully we've come up with an interesting typeface that encapsulates a lot of different ideas about the Royal College, which is sort of robust but innovative; it's slightly non-traditional but at the same time giving a nod to a very traditional source."

Reeve adds: "the typography is key to this. It's a great message that three generations of RCA graphic designers have collaborated on this essential new element of the RCA's identity." While the Calvert Brody has already been unveiled, the rest of the team's rebranding will go live in January.

For further insight into Brody and Calvert's careers, take a look at our Archive of Graphic Design, the ultimate reference guide for the design professional and enthusiast alike. It's currently on offer, at the discounted price of £70 and would look great sitting in your living space.