Prints for sale in aid of Eames House

There's trouble afoot in the Californian hills, where a modernist icon and national treasure - no less - has fallen into disrepair. Charles and Ray Eames' home, the Eames House, is in dire need of renovation, and the Eames Foundation is stepping in. It's joined forces with a digital marketing agency Nebo to issue 500 limited-edition prints.

These prints are being sold via a fund-raising website, which is also the work of the agency. The goal is to raise $150,000 to fund a host of improvements, including conserving damaged items, organising an inventory of the contents of the house, and coming up with a 250-year maintenance plan. 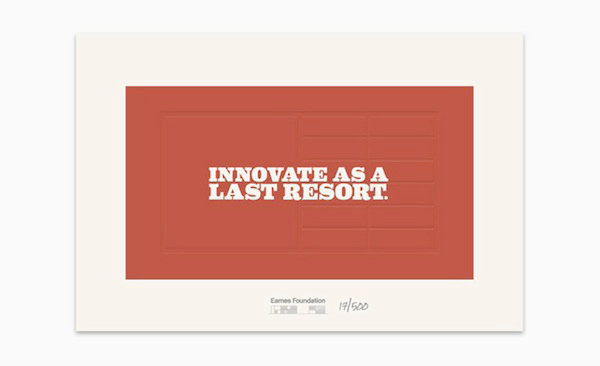 The four print designs are inspired by Ray Eames's geometric mid-century patterns. Two are purely graphic, while the other two carry a slogan each: "Innovate as a last resort" and "Take your pleasure seriously". The Eames house was originally part of the Case Study Program, an architectural challenge set by the magazine Arts & Architecture back in 1945. 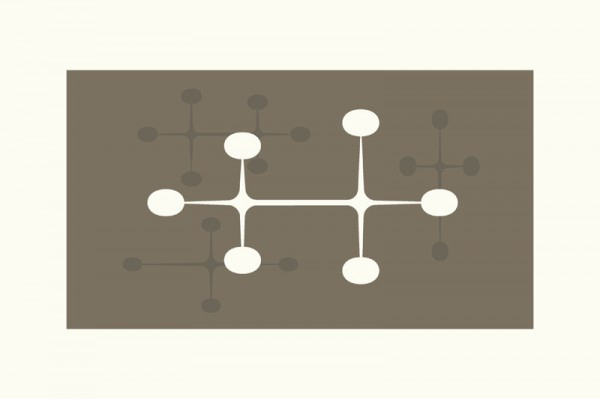 The editor challenged a selection of young architects to realise some of the new ideas coming through in residential design and construction. Charles Eames was one of the creatives who took up the gauntlet, along with Ralph Rapson, John Rex with Sumner Spaulding, Richard Neutra, JR Davidson, Whitney Smith and Thornton Abell. 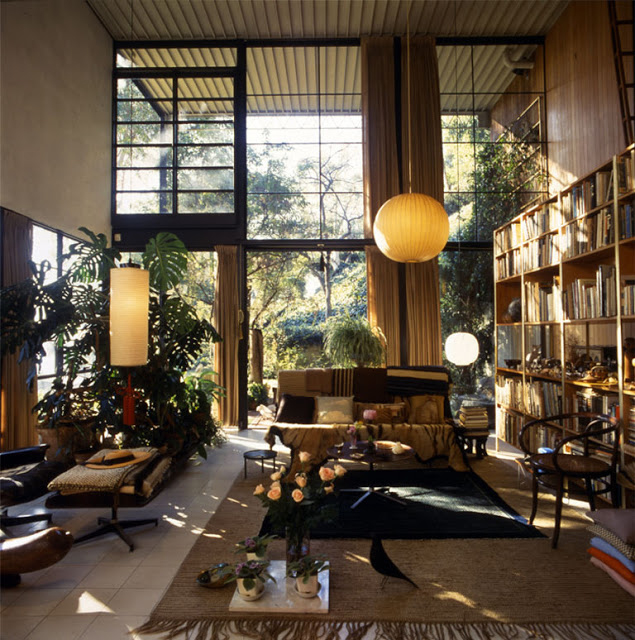 Like the others, Eames's property had to "be capable of duplication and in no sense be an individual performance". Of the 35 houses that were designed in the programme from the 1940s to the 1960s, 11 were never built. However, 18 of those that went up are still intact, including the Eames House, Case Study House #8. Charles's proposal was for a house for a married couple working in design and graphic arts, whose children had left home. No real surprise, then, that Mr and Mrs Eames moved in on Christmas Eve 1949 and never left. So far, the foundation has raised $127000 - demonstrating just how much the Eames legacy still resonates.