The Phaidon Archive Of Graphic Design is a candidate for the most beautiful item in the canon of literature on its chosen topic – an absolute treasure. It is, indeed, an “archive” rather than a book – it contains 500 works, on double sided cards, featuring on the one side a major image in the history of mass produced graphic work, on the other, explanatory text and supporting images. These are contained in an elegant filing box, its contents arranged chronologically, though it also includes binders enabling you to arrange the cards according to category (the collection covers everything from the Gutenberg bible to corporate logos, book covers to distinctive typefaces). Or, you could simply pick out cards at random, in a “lucky dip” in which the reader always wins. 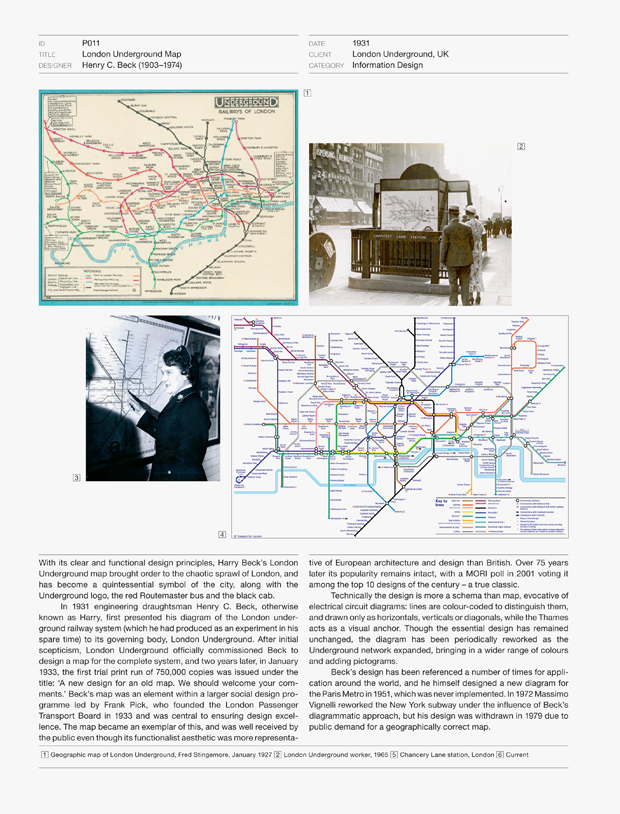 The London Underground page in the Phaidon Archive of Graphic Design

Here, for instance, is an image taken for granted every day by London commuters but which is a  fascinating and enduring feat of design – the London Underground map, first presented by engineering draughtsman Henry C. Beck in 1931. The original image is in small respects quaint (the typeface, and stations such as Trafalgar Square and Strand which no longer exist) – otherwise, it is essentially the same map with which Londoners are familiar today, with only slight modifications introduced over the decades. 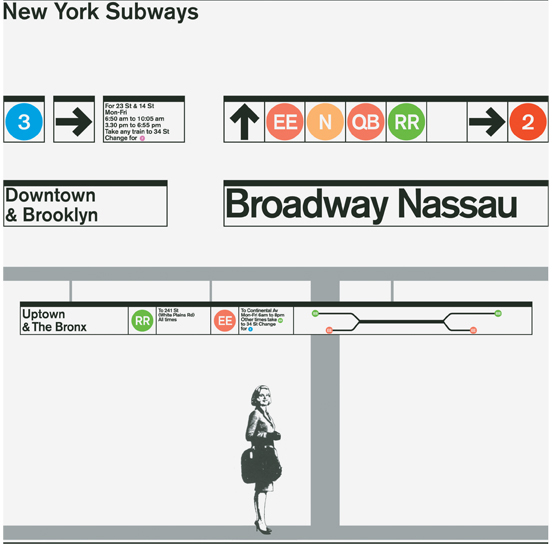 Prior to Beck, the Underground map was more geographically accurate but a mess to the eye. Beck's design, more of a “schema” is based on the principle of electronic circuit diagrams. It also draws for inspiration from the European design ideas in its functionalist aesthetic. That said, it  remains a uniquely British phenomenon - attempts to rework the design of the Paris Metro and New York subway in the same way both failed to catch on in their respective cities.

If you're keen to find out more about graphic design then watch our editorial director Emilia Terragni introduce the Phaidon Archive of Graphic Design here. Buy the Archive from the people who made it, here.