On the day that the Tate calls for arts subjects to remain within the National Curriculum for UK secondary schools and their inclusion in the proposed English Baccalaureate, news reaches us from Sydney of a design-led way to engage kids with the creative arts from an early age. British-born and London-based graphic impresario Vince Frost relocated to Sydney almost a decade ago. Nice high-profile clients came his way, like the Sydney Opera House, which fancied a rebrand. Now the Frost magic has been sprinkled on school kids. 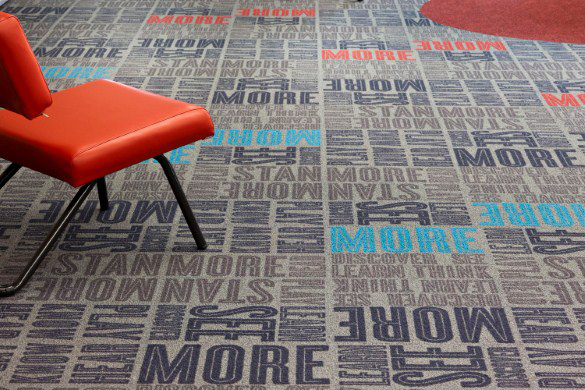 Sydney’s Stanmore Public School has a new library building, courtesy of Neeson Murcutt Architects. Frost* Design’s input here falls into two genres, so to speak. Inside, there are inspiring words and phrases like ‘discover’ and ‘more’, some of them printed onto recycled carpet tiles. But it’s outside on the footpath leading to the building where Frost has had the most fun. In big bold type, age-appropriate literary quotes are painted on to the concrete. “Curiouser and curiouser!” as the saying goes. A generation of young kids will doubtless be inspired and, in years to come may point to Frost's work (and their parents' purchase of the Phaidon Archive of Graphic Design) as the moment they knew they would become a designer.