How has GPS changed mapmaking? In Michael Bierut's opinion, for cartographers, or at least the designers of public wayfinding systems, not everything points north anymore. Bierut is a partner in the New York office of Pentagram, the hugely influential design agency, and helped oversee the development of New York City's new wayfinding system, WalkNYC, as part of the firm's joint-venture city-identity specialists, PentaCityGroup. Bierut explained to Dwell that the signage, which was introduced in Manhattan's Chinatown neighbourhood earlier this year, was heavily influenced by the way people have learned to navigate using digital devices. 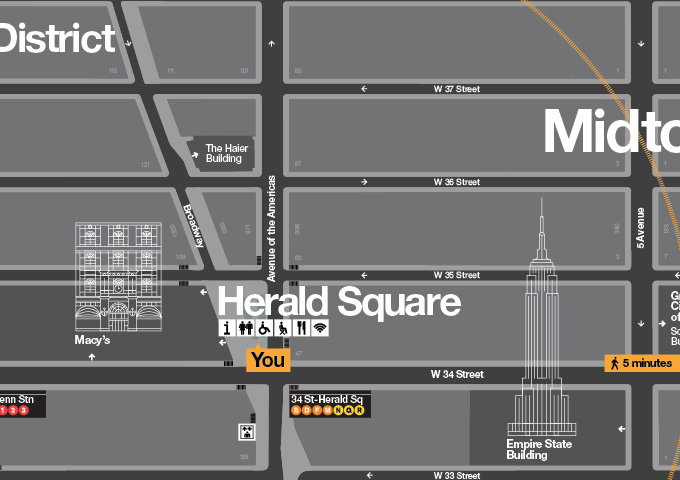 "Our team's wayfinding specialists at CityID did tons of research showing that people found this kind of "heads up" mapping [common to GPS navigators] easier to read," he said. Bierut and his team took this into account when coming up with the new signs. Yet he is adamant that the signs work for fully wired citizens, as well as those less well connected. "I feel strongly that one of the best things about the signs are that you don't need a smart phone to access them," he argued. "They're right there on the street, as democratic as can be." 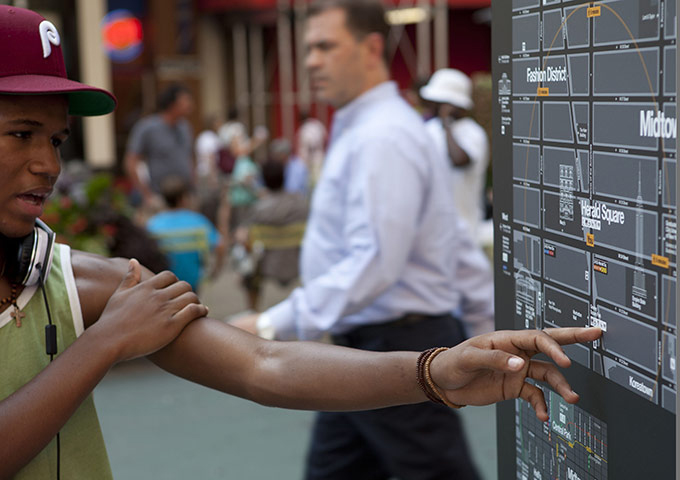 With the wealth of transport options on offer in the city, Bierut also said that his team took a "more-is-more" attitude towards these maps, adding in as much information as possible. However, he also took the unusual choice to include walking times, to encourage pedestrian transport.

"One of the many goals of the system is to encourage people to walk more. It's healthier, it's better for the environment, and it's good for business," Bierut stated. "Using walking times isn't standard, but I think it shows people, particularly New Yorkers, that sometimes destinations are closer than they think they are. Walking can be faster than a bus or subway, or - especially in New York traffic - a taxi or a car." 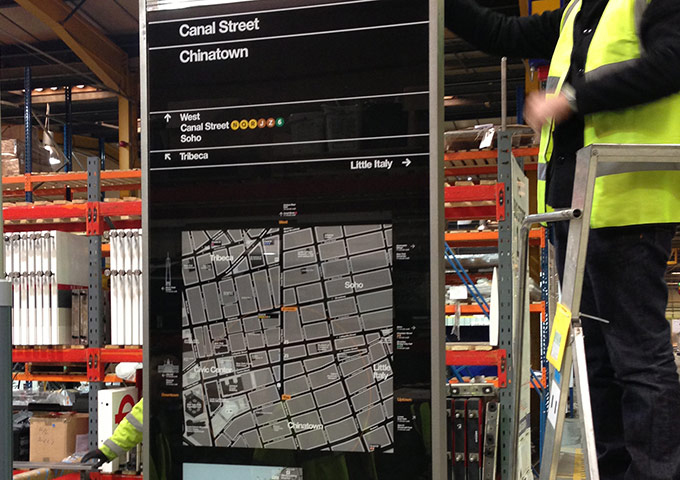 Bierut also said that he drew from previous well-known pieces of New York signage, including Massimo Vignelli's short-lived but much-loved subway map, not least because the firm wants to make the maps, text and icons part of the Big Apple's identity.

"We wanted something that almost felt like part of the city's infrastructure," said Bierut. "Already the map's been adapted for CitiBike, and we're in conversations to adapt them for the neighborhood maps in subway stations. Eventually it may be that this map is simply 'the way New York looks,' which would be great."

Read the full piece here. For greater insight into city graphics, take a look at our huge competitively priced, Archive of Graphic Design, which includes the Vignelli map, as well as much else besides. For more on Pentagram, consider our two books. And to understand the genius designer who founded the firm, take a look at our Alan Fletcher books. Finally, to better understand how cities work, take a look at Living in the Endless City.