The Australian artist and graphic designer, best known for his psychedelic Oz magazine covers, has died

Swinging London might seem like a quintessentially British cultural moment, yet many of its key contributors, from the German model Veruschka through to the American record producer Joe Boyd, made their homes in the city only briefly.

One artist and graphic designer to add a great deal to the look of young London during the mid-to-late 1960s was the Australian expatriate Martin Sharp, who passed away at home in Sydney yesterday, aged 71.

Sharp was among a handful of Australians who went onto find their fortunes in the Britain during the late 1960s and he, alongside fellow countryman and founder of the leading underground magazine, Oz, Richard Neville and the writer, feminist and Oz contributor Germaine Greer, was responsible for some of the more challenging cultural output of the period. Serving as the art director of Oz, and as a graphic designer for groups such as Cream and Mighty Baby, Sharp managed to bring his own style of scabrous psychedelia to a wide audience.

In our Archive of Graphic Design we explain that "Sharp experimented with LSD, and his stunning Oz covers were a testament to his newly found influences... perhaps the most famous of all was Sharp's Dylan cover for Issue 7, its success ensured by virtue of its psychedelic beauty and Dylan's world-wide popularity." 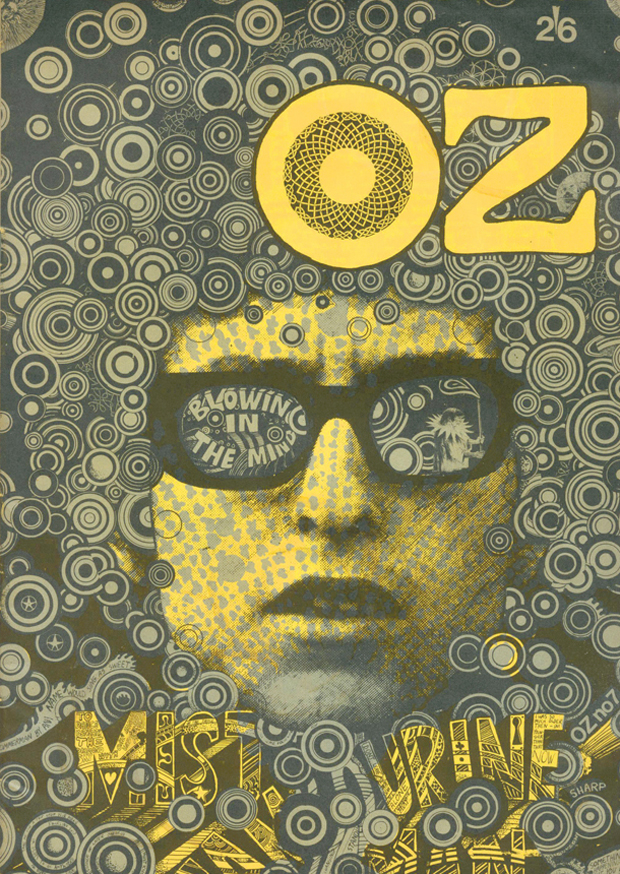 On returning to Australia in the 1970s, Sharp continued to work, assisting in the renovation of Sydney's seaside amusement park, Luna Park, and painting and exhibiting works throughout the subsequent decades. Nevertheless, it is his early, frenetic, detailed works that captured the spirit of the age, for which he will be remembered.

To read about his life in greater detail, go here. For an overview of graphic design, taking in Sharp's works and a huge amount more besides, consider our Archive of Graphic Design. Buy it, from the people who made it, here.