Likewise, the design managers of the Tokyo Metro obviously know that a clever bit of graphics can speak volumes. For the past three years, through The Metro Foundation, they’ve commissioned a series of posters in an effort to improve the behaviour of its 6.22m passengers a day. The first series was an ironic – we hope – play on the fluffy kitten and puppy imagery popular with small children. The second, in blue and yellow, borrowed something from those boxy pictograms. But from the start of 2014, commuters have been in for the biggest graphic treat. 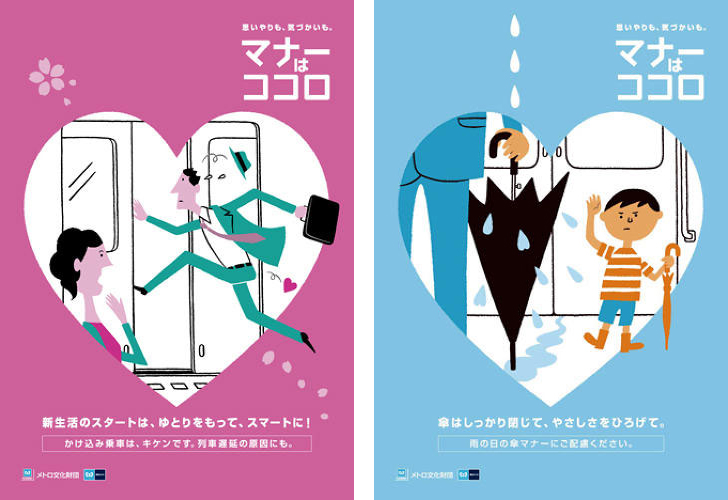 Across its 179 stations and myriad trains, the ‘good manners’ posters for 2014 have been on display, and they’re sure to brighten any commuter’s journey. For this series, the style is tongue-in-cheek retro, with a heart-shaped border framing angular illustrations of poor behaviour in bright, ice cream colours. 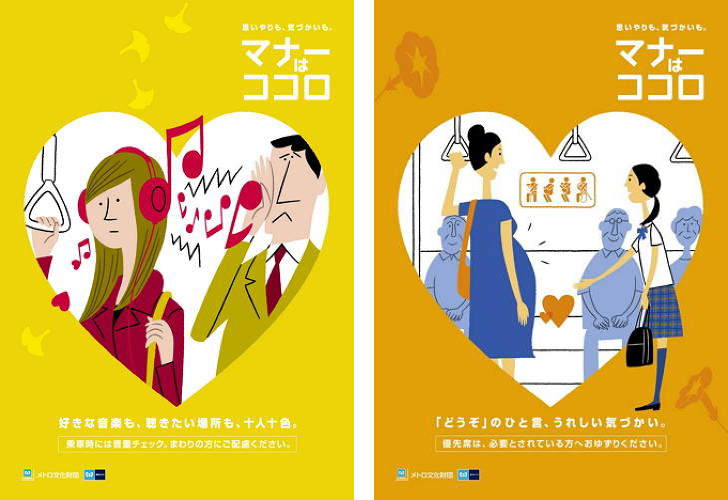 So passengers this month are reminded not to sneeze without a hanky, or better still, one of those natty white masks. February’s and March’s advice is still to be unveiled, but previous subjects have included not dropping food everywhere, and not squeezing yourself between closing carriage doors. These are lively images that aim to inspire rather than cajole a captive audience. 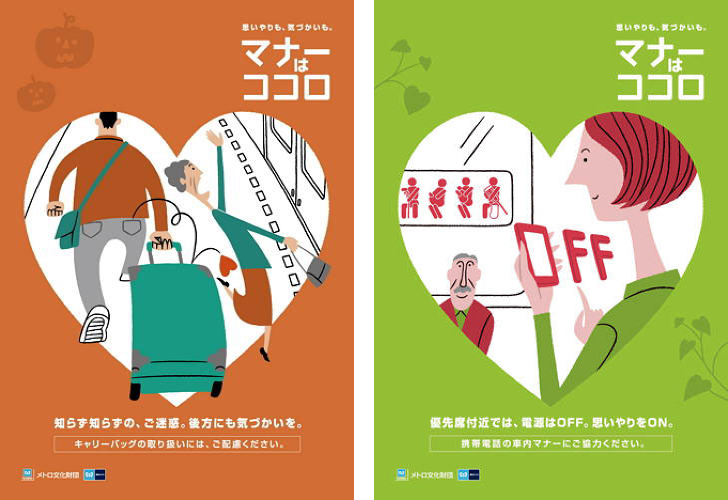 The Metro Foundation, which is behind the series, believes that passengers look forward to each new poster, which "will hopefully increase the interest in manners”. Founded in June 1956, Metro Foundation’s role is to engage the public with exhibitions, concerts and the underground museum. If you're a fan of graphics that have been put to good use over the years be sure to check out The Phaidon Archive of Graphic Design in our online store now.