How Soviet posters brought colour to a B&W era

London's Russophiles will already be familiar with the delights of Little Portland Street. This is the location of the new-ish not-for-profit Gallery of Russian arts and design, GRAD.

Its Utopia Ltd exhibition last autumn featured Soviet avant-garde works. This year, 17 Jan - 29 March, the gallery will show Kino/Film: Soviet Posters of the Silent Screen. Co-curated by GRAD's director Elena Sudakova and the film critic and art historian Lutz Becker, it is described as an examination of the golden age of Soviet film posters.

The mid-to-late 1920s saw cinema take off in the Soviet Union. "A relatively new art form, film matched the revolutionary ethos of an emerging generation of artists for whom fine art was deemed bourgeois," explain the curators. 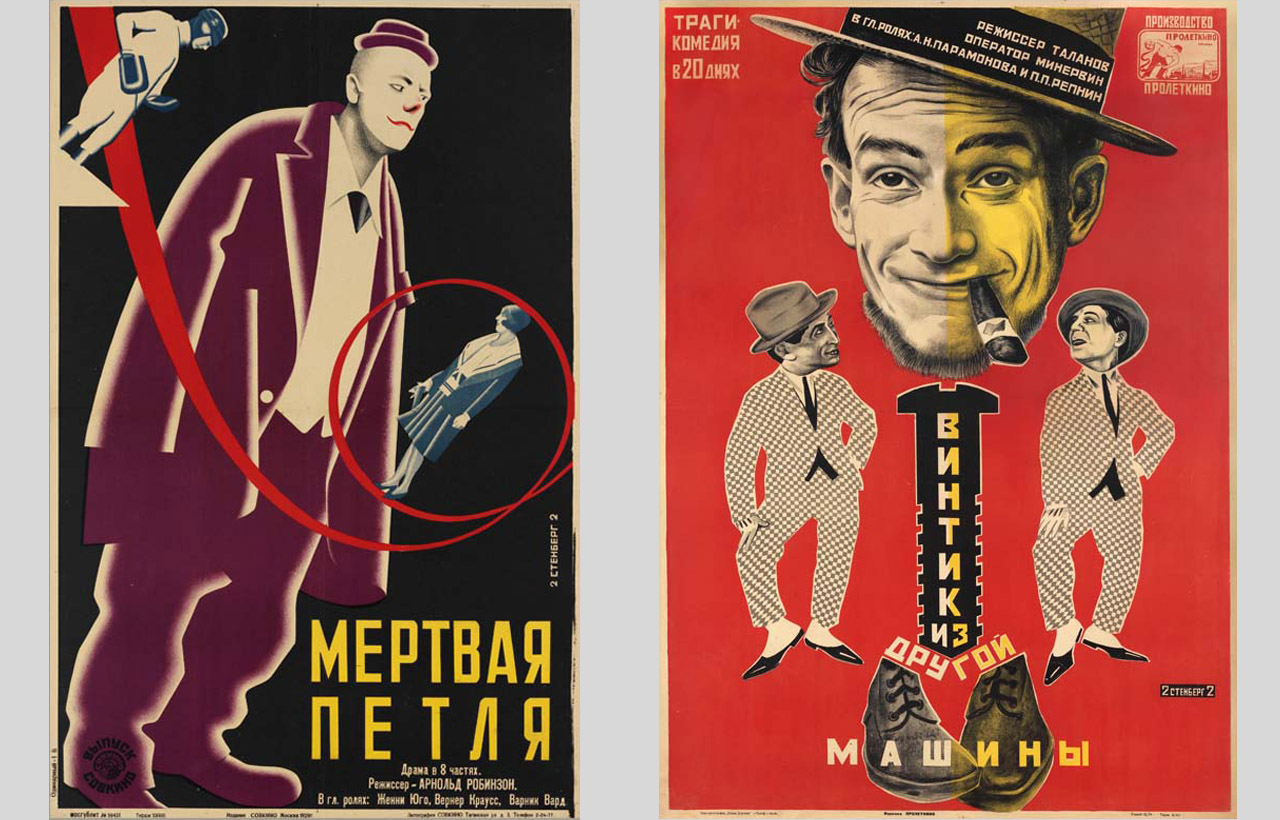 From left: Death Loop, (1929), The Screw From Another Machine (1926) both by Vladimir and Georgi Stenberg Brothers. Courtesy GRAD and AntikBar

The USSR's production of film posters was under the control of Yakov Ruklevsky, who brought in young talent to create "a whole new visual vocabulary for film posters, both foreign and domestic, incorporating the practices they saw on-screen," Sudakova and Becker add. The black-and-white films were jazzed up with lively colour blocking and some very experimental typography.

This poster, for the 1928 feature Sporting Fever, is a great example. Designed by the sibling team Georgii and Vladimir Stenberg, its vivid colours, acute angles and stark geometry bring to mind a starker, more assured age. 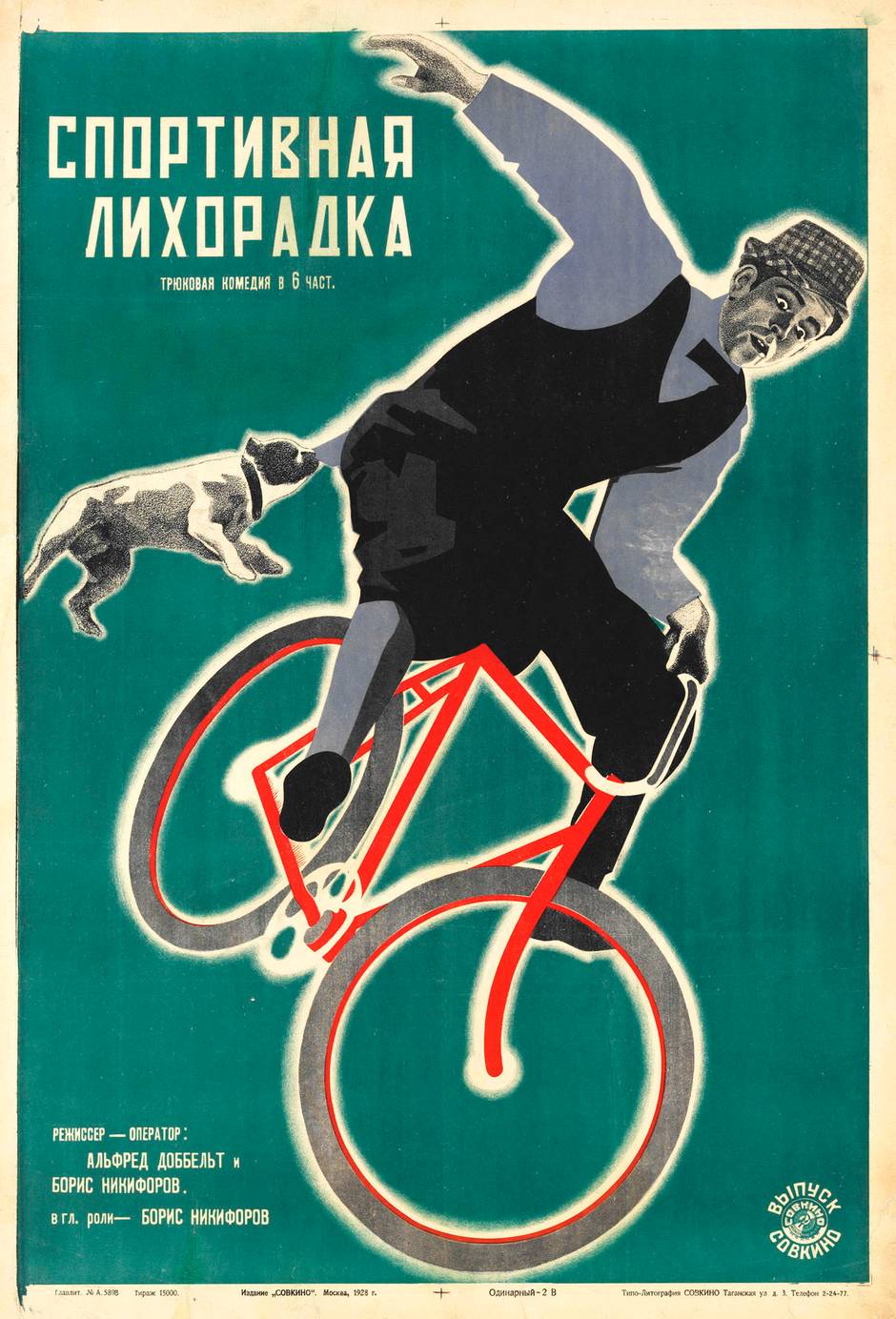 While original examples like this are rare, as few have survived. GRAD is the place to peruse 30 such works by artists including the internationally celebrated Aleksandr Rodchenko, Aleksandr Naumov, Mikhail Dlugach, Nikolai Prusakov and Ruklevsky himself. This show pre-empts the UK-Russia Year of Culture, an event being put together by the British Council and the Russian Ministry of Foreign Affairs, which begins in April.

"There are some really important trends that started in Russia that got lost along the way because the country was closed for such a long time," Sudakova says, "Even Russians are discovering aspects of their culture for themselves now." 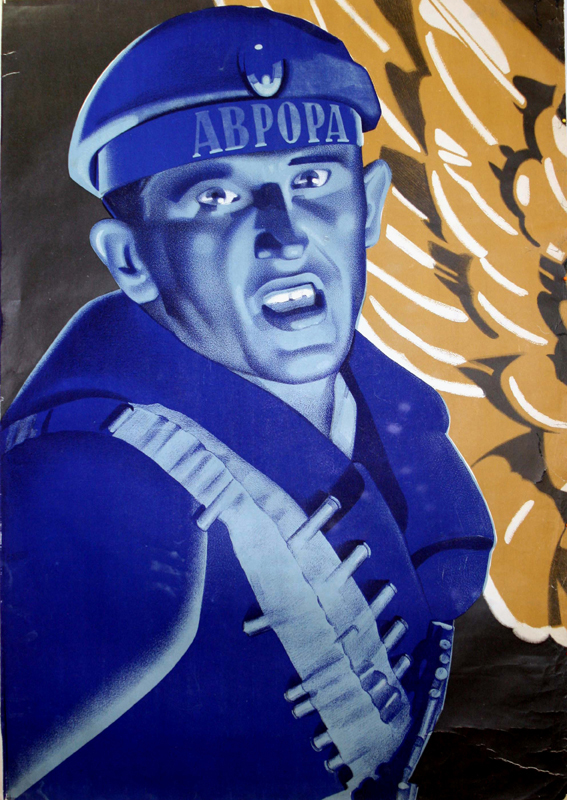 For more, go here. For a greater understanding of where posters fit into 2-D commercial creativity watch this video of Emilia Terragni talking about our magisterial Phaidon Archive of Graphic Design. And for a more sinister look at Cold War graphics, consider our book, Iron Fists, an overview of branding the 20th-Century Totalitarian State. Buy them from the people who made them, here.