News print isn't the most obvious source of innovative new design, so perhaps it's all the more impressive that, alongside a killer app for hailing cabs and a medicine delivery network built around Coca-Cola's distribution system, the design firm Wolff Olins' reworking of the American newspaper, USA Today has won one of Fast Company's 2013 Innovation By Design Awards, picking up the prize in the '2D' category. 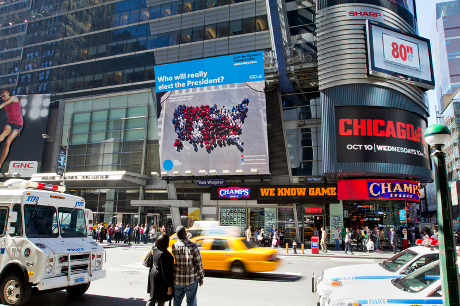 From the 1,200 submissions, Fast Company, a business magazine perhaps best characterised as a cross between Forbes and Wired, picked out winners that, as its editors put it, “tease out our ideas of how big businesses will look in the future, they flip the traditional neighbourhood on its head, and take us into outer space.” 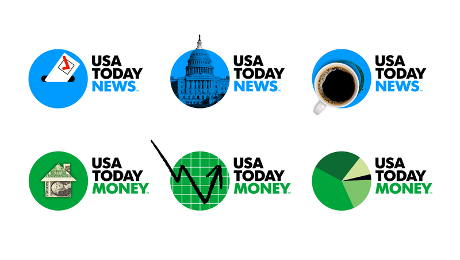 While no one would describe a national daily newspaper as an entirely futuristic offering, Wolff Olins' 2012 reworking of USA Today was a holistic undertaking, as we noted last year, which took in everything from the paper's logo through to its site, outdoor advertising and apps. This new media reworking of an old media brand isn't so drastic. USA Today was only founded in 1982, two years after CNN was founded, and so has had to nimbly react to a 24-hour news cycle ever since its earliest days. Indeed, as Fast Company acknowledges, “USA Today’s diverse, bite-sized stories made it the internet before the internet. But in the age of the actual internet, the print icon has re-imagined its identity.” 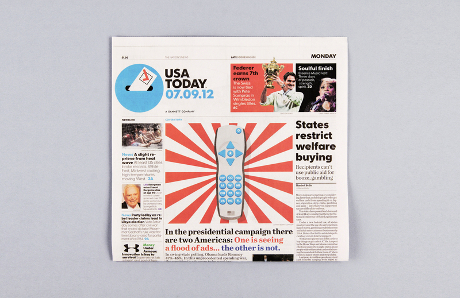 Wolff Olins' reworking, which included the introduction of a different coloured circle logo for each section, greater use of infographics and a tablet-friendly site, certain seems to hit a current mood.

As judge Robert Anderson, creative director at the tech firm Square put it, “the paper feels like you’re taking a little piece of the web along with you. For business impact, it’s a Hail Mary. You either alienate all the people you have, or you attract a whole different audience.” 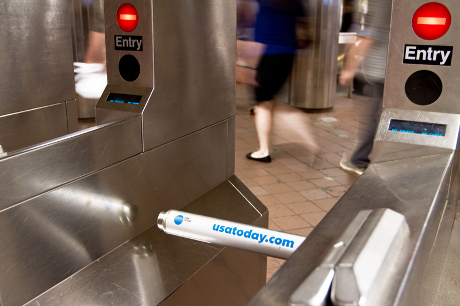 And, with an older, and ever-decreasing audience of print news readers, attempting to attract a new, wholly different, audience is no bad idea. Well done to all at Wolff Olins. Find out more about the awards, and the other winners here. And, for further 2D inspiration, take a look at our Archive of Graphic Design, which reproduces over 500 graphic designs from the past five centuries.