Saul Bass gets a Google Doodle

We might think of his work as the acme of mid-century nostalgia, bringing to mind Mad Men-era Americana. Yet the award-winning graphic designer, and film maker, Saul Bass, was a true, innovator, befitting the honour of a Google Doodle, which the search company bestows on Bass to mark the 93rd anniversary of his birth, today.

New York-born Bass drew together the diverse modern influences of Henri Matisse's cut outs, the colour blocks of De Stijl and the clear lines of minimalism, to create a distinct commercial style for his posters, title sequences, album covers and other graphic treatments. Yet, he also changed the way films were presented to the public.

As we explain in our Archive of Graphic Design, in his work on the Sinatra film, The Man With The Golden Arm (1955), "Bass broke new ground by unifying the aesthetics of the campaign across different media, standardizing both print promotions and title sequences rather than leaving these elements to be developed by other designers." 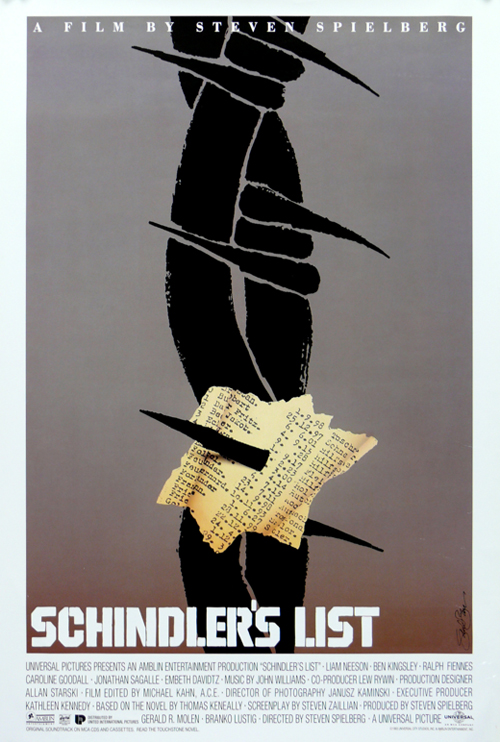 Bass began his career producing print ads for Hollywood films, before designing his first title sequence, for Otto Preminger's Carmen Jones in 1954. This introductory footage, while not as animated as his later work, nevertheless introduced moving images - a flaming rose - in place of the usual still title cards that had introduced movies up until this point.

The designer went on to develop a long working relationship with Alfred Hitchcock, producing work for Psycho, Vertigo and North by North West among others. He also drew up logos for United Airlines, AT&T, and Warner Communications, and continued to work up until his death in 1996. Indeed, he drew up a treatment for Spielberg's 1993 Oscar-winning film, Schindler's List. While the poster wasn't distributed, its neat graphic treatment, proves Bass's work remained remarkably sharp until the end.

See how many film sequences you can recognise in Google's tribute, above. To understand more about Bass and his place in graphic design, please consider our Archive of Graphic Design , which features 500 graphic designs including newspapers, magazines, posters, advertisements, typefaces, logos, corporate design, record covers and moving graphics from around the world, which have set a benchmark for excellence and innovation.

For more on Bass' legacy, also consider our Alan Fletcher books; Fletcher worked as Bass's assistant for a brief period. Finally, for greater insight into Hollywood past and present please browse through our excellent range of film books.