The Vietnamese-American An-My Lê photographer has lived in a war zone. She was born in Saigon in 1960, and can remember her parents placing sand bags in her bedroom to protect her from the nightly mortar attacks.

However, her photography takes a more oblique view of US military operations, both in her homeland, in the US and elsewhere. Visitors to Lê’s mid-career survey at MK Gallery in Milton Keynes, UK, will be able to view many beautiful, large-format photographs that examine armed conflict, yet almost no images of actual military engagement. 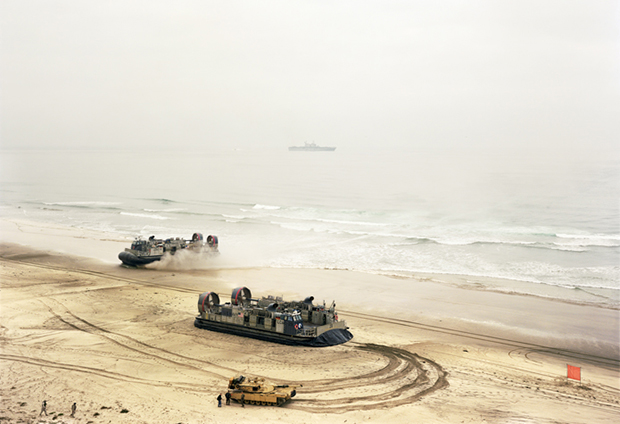 Instead Lê’s photographic projects capture peaceful scenes evocative of conflict. Her earliest study, Viet Nam, saw her return to her homeland in the mid-1990s, capturing the places where Americans fought the Viet Cong, decades ago.

In the series Small Wars she photographed American war re-enactment groups staging scenes from the Vietnam War in the Virginian countryside. 29 Palms meanwhile, is a selection shots she took having gained access to the Californian Marine Corps Air Ground Combat Center, where troops train in a mocked-up war zone, in preparation for deployment overseas. 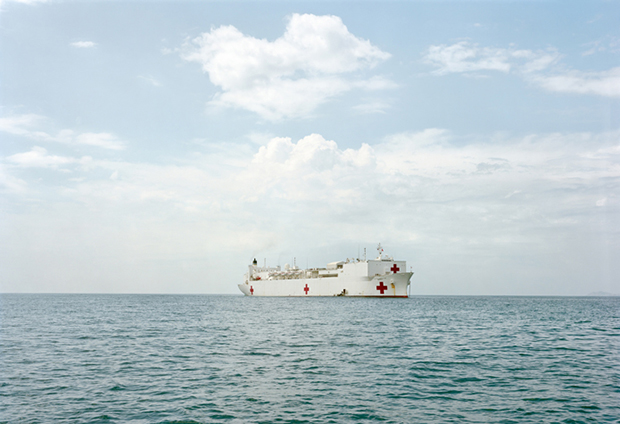 Her most recent series, Events Ashore, was shot over a ten-year period, during which time Lê spent many months travelling with the US military, attempting to capture its extraordinary global reach via the quieter, more contemplative moments, away from the exchanges of fire.

Lê is no advocate for war, yet her pictures aren’t simple, anti-war statements either. Instead, as The Tate's Dr Mark Godfrey notes in our recent contemporary photography book, Vitamin Ph, the series has as complex a relationship to the history of photography as it does to recent or even current events. 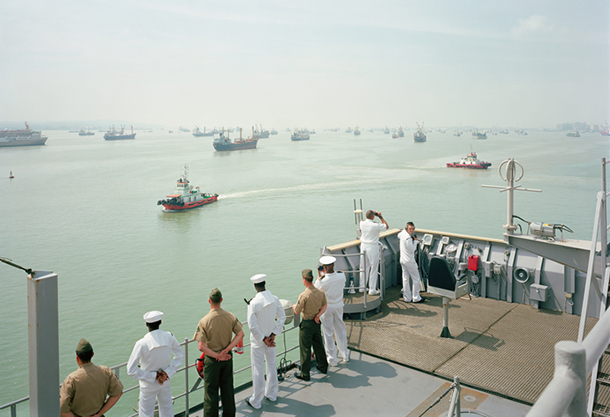 "Some images recall Roger Fenton's Crimean War Landscapes," Godfrey writes, "but there is a persistent absence of the sense of imminent danger that we would find in Robert Capa's work.

"The extraordinary beauty of the photographs continually mitigates against any danger of them being taken for two-dimensional political statements. The marines are as much victims of the war of fact and fiction as they are its perpetrators."

The show runs until 23 November. To learn more about Lê and her contemporaries check out Vitamin Ph in the store.