Suspended animation Is that a flock of glow sticks? Well, yes and no. Thomas Jackson animates inanimate objects. Swarms of plastic cups, glow sticks and most recently Post-it notes, have featured in his images. These shots, which are inspired by locusts and fish, are created by Jackson first as 3-D sculptures, using wire to suspend them, before being arranged for each photograph. 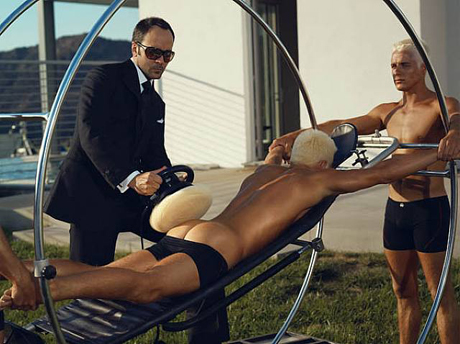 From Steven Klein's Valley of the Dolls

100% real Tom Ford is seen polishing a model's bottom; Angelina Jolie and Brad Pitt are in bed, relaxing with a gun; Kate Moss sits veiled in black lace as if a Mafioso widow attending confession. At first it would seem like New York-based Steven Klein's surreal and cinematic photographs are of look-a-likes posing as the famous people they portray, as in Alison Jackson's widely popularised 'Confidential' photographs. However, Klein's often controversial images are all real. The photographer's provocative and highly stylised images are on show at Camera Work Gallery in Berlin until September 8. 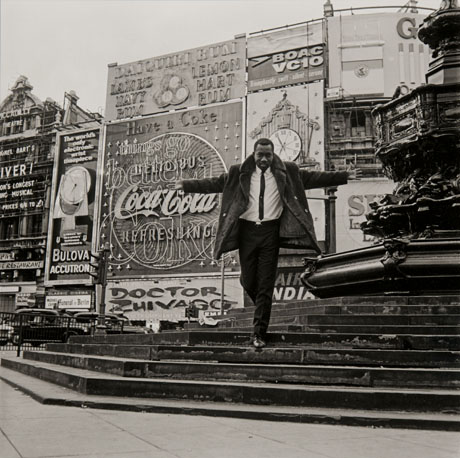 The view from the outside In case you hadn't realised, the Olympics starts in London this Friday and we're already experiencing its effects. Millions of tourists have descended on the city and you only have to take a quick stroll along the Southbank to notice that they're all taking photos. But how is the city perceived by people and photographers from the outside? Another London, at the Tate Britain until September 16, is an exhibition of international photographers - including Henri Cartier-Bresson, Bill Brandt and Robert Frank - who have spent time capturing this Olympic city and an ideal way to see what impression it's made on outsiders over the last century. Whether the next Cartier-Bresson is out and about in London now remains to be seen but perhaps they'll show at the Tate next time the Olympics is in town. 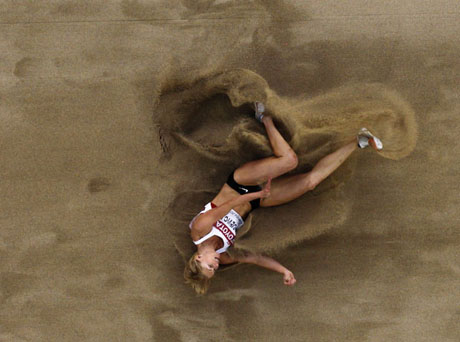 One of Reuters remote images

Photo finish Starting Friday, look out for some of the 'never-before-seen' angles in photographs being transmitted from the Olympic sites. Reuters have spent the last few weeks installing 11 robotic cameras all over the Olympic venues to capture the athletes and sportspeople in action from places and speeds that photographers just can't get including above the boxing ring, long jump and catching the all important finish line - most important if they want to catch a photo of fastest man in the world Usain Bolt. 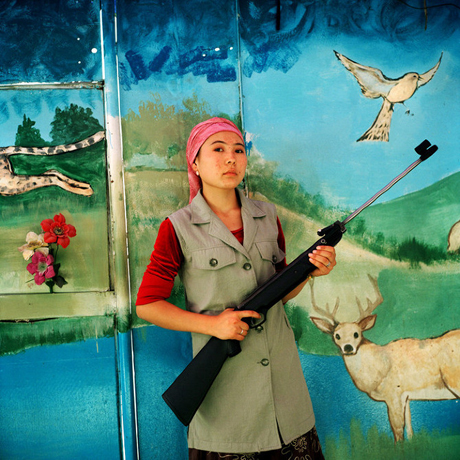 The Russian Turner Prize The 'Turner Prize' of Russian art the Innovation Prize is the official state award for contemporary visual arts and is being shown outside of Russia for the first time. Work by the last seven year's participants including photographer Rena Effendi's House of Happiness will be on show and there are hopes it will make an impression with the quality of Russia's current artistic practice. Decide for yourself at the show which opens tomorrow at Calvert Gallery until September 16. 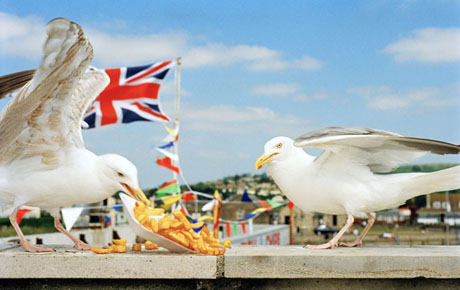 Martin Parr's final encores He's rumoured to be retiring from giving his popular workshops, so there are perhaps only a few more opportunities to garner knowledge from Martin Parr. There are two opportunities in August, the first a two day event in London run by Magnum from 18-19 August in which photographers will be set an over night assignment and get the chance to get career advice from the photographer who's been in the industry for over 40 years. If that's not enough, why not go on holiday with him? The School of Life has put together a weekend in English seaside town Folkestone from August 31 where Parr says "we'll experience it in the dog days of the summer. So we can expect all the clichés of the English seaside and we'll celebrate these with the camera." 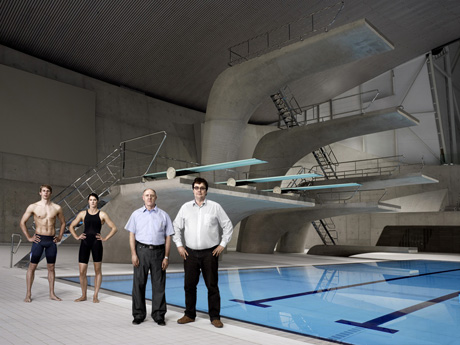 From Anderson and Lowe's contribution to Road to 2012

The long and winding road to 2012 Portraits of not only the London 2012 sportspeople but those behind the events such as catering staff, administrators and event organisers are on show as part of the National Portrait Gallery's biggest commission yet. BT Road to 2012, until September 23, tracks preparations for the London Olympics over the last three years and features photographs taken by Anderson & Low, Jillian Endelstein and Nadav Kandal. Find out more and see behind the scenes photographs here. 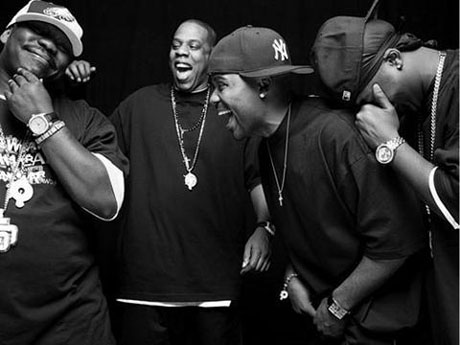 Jay-Z and co, by Jonathan Mannion

And finally... Jonathan Mannion who started out as an assistant to Richard Avedon and went on to shoot the cover of Jay-Z's first album Reasonable Doubt has some questions for young photographers starting out to help them think about their practice and how to stand out: "The camera is the last piece of the puzzle. What can you do? Can you tell me why your pictures are going to be important? Can you make me believe in the picture? Why is this special? Why is your voice special?"