Glessner Lee created models of crime scenes, which depicted the grisly deaths of murder victims in America at the time. Trainee crime scene investigators were then given 90 minutes to analyse the scene and reach their conclusions about the event. 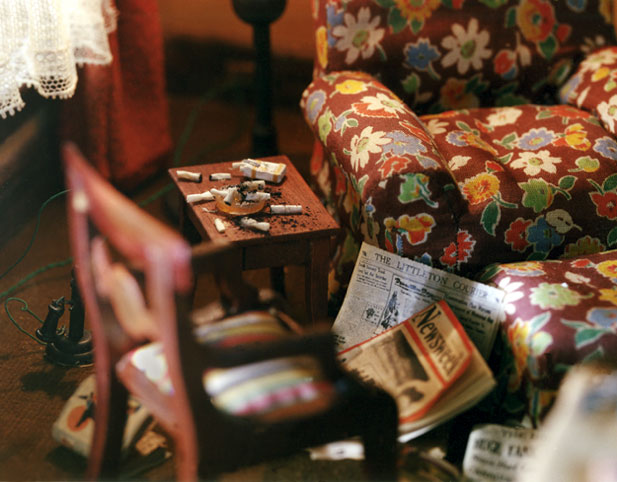 With the clever use of lighting, depth of field and framing, New York-based Corinne May Botz’s photographs of Lee’s highly detailed models attempt to make the viewers lose their sense of proportion and experience the model first hand. Incredibly, many of the objects in the models are real and do work: blinds can be lowered and raised, stereoscopes work, whistles blow and pencils write. 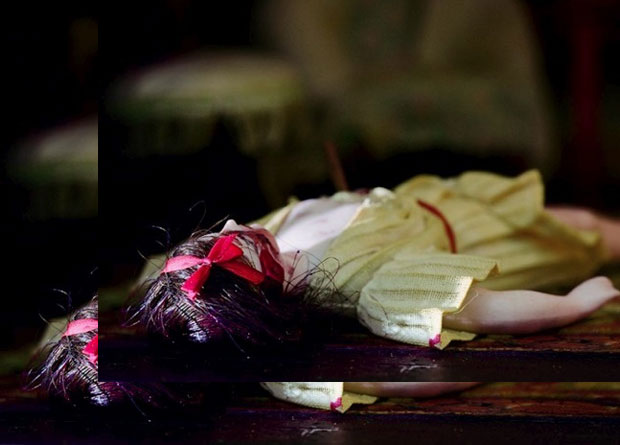 Botz, fascinated with the career of Glessner Lee as an upper-class woman in a male dominated profession, spent seven years researching the criminologist culminating in the photographic project The Nutshell Studies of Unexplained Death in which she spent six years in the Maryland State medical examiner’s office in Baltimore, creating 500 images of the dolls. 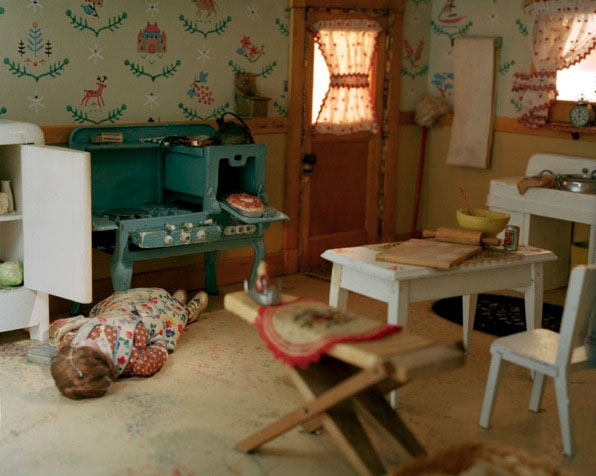 Kitchen From Afar - Corinne May Botz

"My photographs highlight the models’ painstaking detail, as well as the prominence of female victims," says Botz. "Through framing, scale, lighting, colour, and depth of field, I attempt to bring intimacy and emotion to the scene of the crime. I want viewers to feel as if they inhabit the miniatures - to lose their sense of proportion and experience the large in the small. The models undermine the notion of the home as a safe haven and reveal it to be a far more complex sphere. All of the models depict lower middle class interiors, and the majority of victims are women who suffered violent deaths in the home." 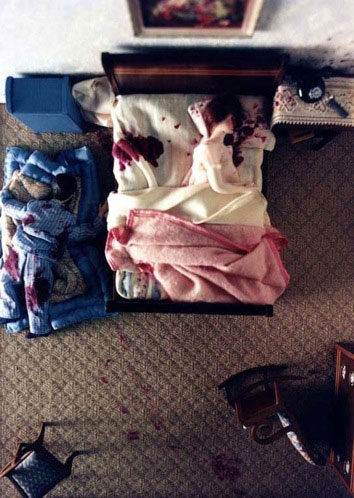 It's not the first time Botz has chronicled the darker side of domesticity. For her MFA project at Bard she chronicled the homes and possessions of agoraphobics. More recently she completed a series of work on haunted houses. "What’s really interesting to me is people who have an extreme perception of space, or an extreme attachment to a space. Ghosts just don’t know how to let go." You can see more of her fascinating work at corinnebotz.com

And if you're intrigued by the point where photography intersects with art you'll be interested in our book Art and Photography. It's an authoritative and wide ranging survey exploring the place of photography in contemporary art. International artists of the last four decades are each represented by a significant work or series, accompanied by beautifully lucid explanatory texts. Check it out in the online store now.