"My pictures are about a search for a moment, a perfect moment," explains the brilliant American photographer Gregory Crewdson, in a new film documenting his work. "I don't think there was ever a time where I didn't wake up absolutely feeling sick to my stomach."

Crewdson, who is featured in Phaidon's Vitamin PH, has the uncanny ability to distill all the intrigue and ambiguity of a good feature film into a single frame. The documentary, Brief Encounters, reveals how he does it. 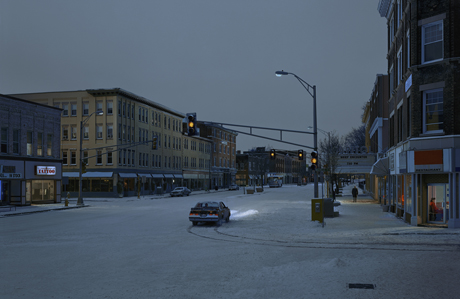 As a teenager, the Brooklyn-born Crewdson was a member of punk rock group The Speedies who had a minor hit with "Let Me Take Your Photo" a song that was to prove prophetic. In the mid Eighties he studied photography and received his master of fine arts from Yale where he has been on the faculty since 1993. He is currently professor at the Yale University School of Art.

Directed by Ben Shapiro - who first met the photographer in 2000 while filming a documentary for Public Broacast Service PBS - the film follows the photographer from 2005 to 2009, as he creates his now legendary series, Beneath the Roses.

The film reveals Crewdson's obsessive nature and impeccable attention to detail, allowing him to spot something out of place in a small corner of one of his immense landscapes that his crew may have missed. The documentary also examines Crewdson's tendency to use local people in his shots of small-town America. 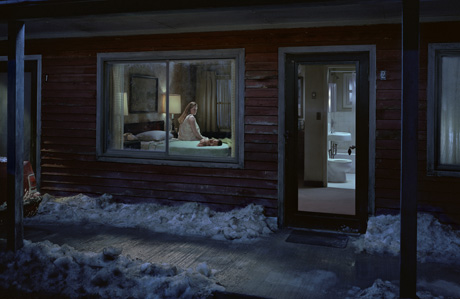 Untitled (Birth) by Gregory Crewdson from the Beneath the Roses (2005)

"There has always been," Crewdson says, "this blurring of reality and fiction, using actual places, actual inhabitants of the towns to try to draw out something psychological." He adds: "to me the most powerful moment in the whole process is when everything comes together and for that instance my life makes sense." 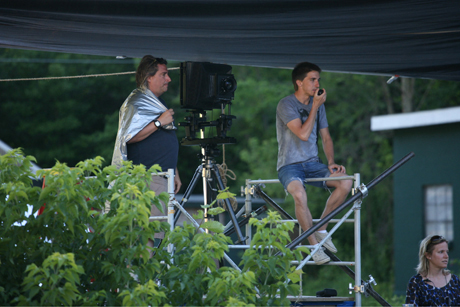