The accidental art of Kerry Skarbakka

Meet the US photographer who puts himself in harm's way, then clicks the shutter

We all know that queasy feeling the split second an accident is happening: the moment after perceived safety and before impact; the spilling of a water glass all over your keyboard; the dropping of a plate onto a tiled kitchen floor; falling off a ladder; or even losing control of your car on an icy road. Few would want to savour that moment, yet Chicago-based photographer Kerry Skarbakka has tried to capture it on camera, by voluntarily throwing throwing himself off things.

In his series The Struggle to Right Oneself, Skarbakka can be seen falling off balconies, down stairs, off bridges and through windows. It’s enough to make you go weak at the knees, though spare a thought for his girlfriend and sometimes even strangers passing by, who are the ones taking the actual shot. “I ask [people], ‘Can you press the shutter when I look most compromised?’ which often gets a weird reaction,” Skarbakka told Wired.com. 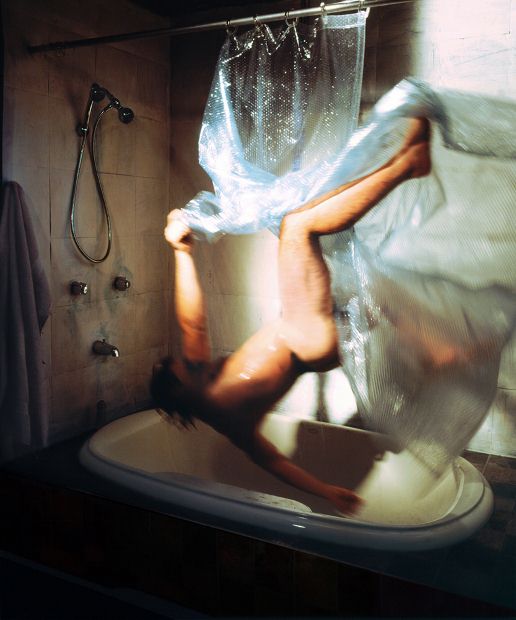 Shower (2012) from The Struggle to Right Oneself by Kerry Skarbakka

Thankfully, in many of the photographs Skarbakka is wearing a harness or suspending himself with ropes, and the worst injury he has sustained is a broken rib. In some of the images he didn’t even try to jump, but instead leaned just far enough so it looked as if there was no going back.

On his site, Skarbakka explains some of the thinking behind the series, citing the German Philosopher Martin Heidegger's view of human existence as a process of perpetual falling, during which each individual must catch themselves, and take charge of their destiny. Whether you agree with Heidegger or not, the line certainly makes for an interesting jumping off point (pun intended) to examine these photographs from, which, to our eye, sit somewhere between Martin Kersels and Johnny Knoxville.
For more on the series, take a look at  Skarbakka's site, and for further insight into contemporary photography, consider our Vitamin Ph volume, which features 121 international artists. 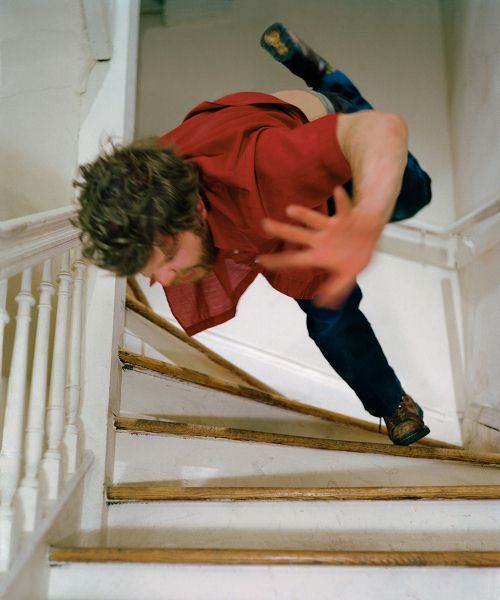 Stairs (2012) from The Struggle to Right Oneself by Kerry Skarbakka