Andreas Gursky has personally chosen 60 of his most important works for a new major exhibition at Museum Kunstpalast, in Düsseldorf opening this Sunday (September 23).

They include his most recent work - much of which has never been exhibited in public before. Rather than following a chronological order, the exhibition mixes new and old, small and some very large-scale works, offering new and unusual perspectives on Gursky’s photographic art.

The exhibition spans work dating from the early 1980s through to his recent series such as Ocean I-VI, 2010, and Bangkok, 2011.

“What I do it is not purely photography”, Gursky said at the opening yesterday. “All of my pictures draw from direct visual experience, from which I develop a pictorial idea, which is then tried and tested in the studio in terms of its worthiness of being used for a picture, and finally developed and rendered precise on the computer.“ 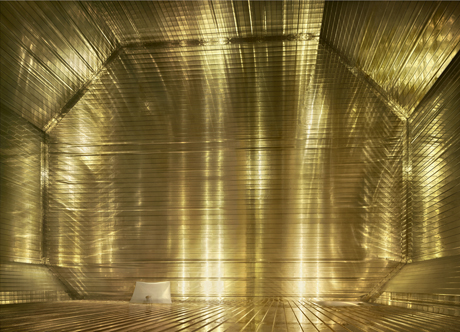 Nearly all of Gursky’s photographic works are based on a number of shots. These are then digitally condensed to become one integral composition.

“Invariably, Gursky initially starts off by searching for images, and in a second step invents his picture,"  says Beat Wismer, director general of the museum. "Gursky’s pictures do not appear out of nowhere, they are always based on a picture which existed previously. No matter, to what extent - he works on the ´pre-picture` until it finally matches what he had in mind.”

One standout work shown for the first time in this exhibition is a large-format photographic piece titled Katar dating from this year. It depicts a huge gas tank, completely drained, on board a transport ship. In order to photographically capture the huge dimensions of the space, and in order to be on the same level as the kneeling figure visible on the left-hand side of the picture, Gursky had to climb 40 metres down a ladder into the tank.

Gursky studied at the Academy of Art in Düsseldorf, where from 1985 until his graduation in 1987 he was a student of Bernd Becher. Along with artists including Candida Höfer, Axel Hütte, Thomas Ruff, Jörg Sasse and Thomas Struth, Gursky was part of the group of Becher students who coined the term “Düsseldorf School of Photography”. In 2010 he was appointed professor at the Düsseldorf Academy of Art.

The show runs until January 13, 2013. This is one show phaidon.com is not going to miss. Click here to buy tickets for the exhibition and then download our Wallpaper* City Guide to Düsseldorf app. 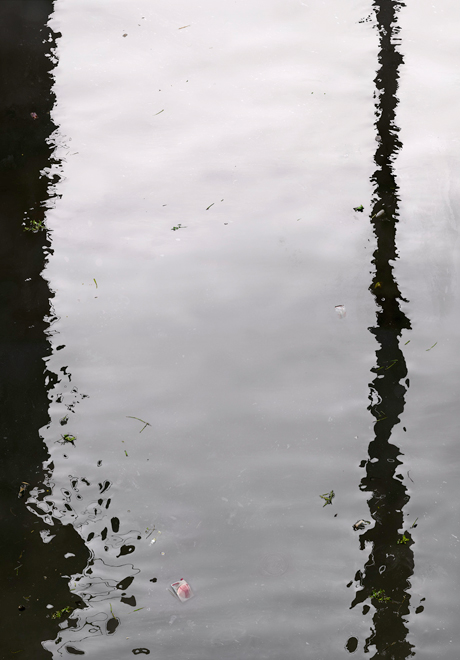