Cameras - traditional and on smartphone - are obviously the way we take a visual record of our world. Yet, how to do you examine the stuff that they obscure? The British photographer Sarah Jones tries to show both what’s gained and what’s lost in the click of a shutter.

Jones is British fine-art photographer and reader in photography at the Royal College of Art; she’s shown internationally for over two decades. Her work is in the collections of the Tate, the V&A and SFMOMA, and her picture, The Dining Room (Francis Place) III, showing three upper-middle class girls in finely presented domestic setting, graces the cover of our new contemporary photography book, Photography Today. 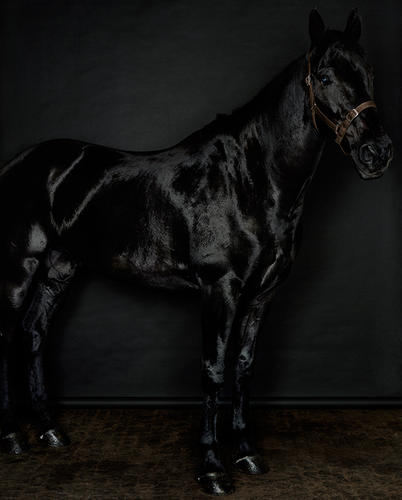 At the moment, Jones has more or less concurrent shows at the Anton Kern gallery in New York and at Maureen Paley in London. As she told Phaidon.com, “the works in both exhibitions explore how subjects are measured and transcribed through the large format view camera and flattened in pictorial space.”

The pictures are mostly monochrome, and feature a single subject; there’s a horse, a screen, and a plant in a public rose garden. The pictures look remarkably sharp, with a glossy quality that seems hyper-realistic and also trapped somehow, just at the edge of the print. It’s an intentional effect, Jones explains. 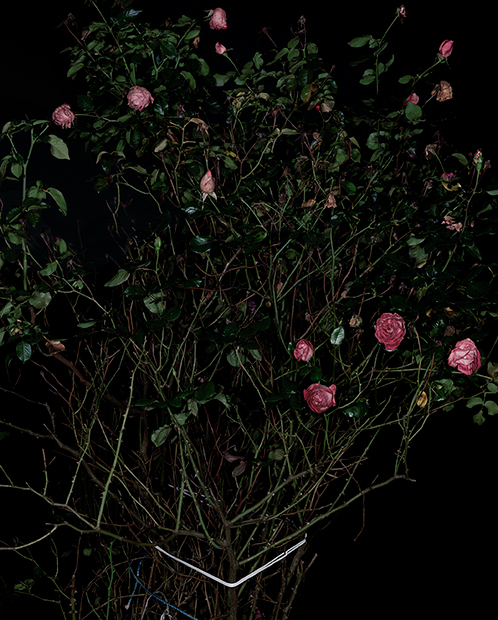 “One of the ongoing concerns of my work is the correspondence between the skein of the film, the surface of the photographic print and the surface of the subjects pictured,” she tells us.  “In this way I am interested in what more can be said when the materiality of the print is paid close attention to.” 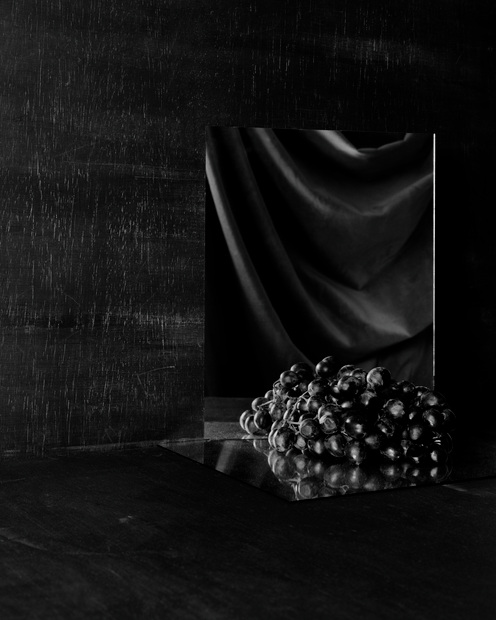 The effect is doubled, quite literally, by presenting two shots of each image, as a diptych. These, Jones explains, “consider the act of doubling and the alchemic nature of the photographic process by literally flipping an image. One becomes an imprint or reflection of the other recalling the Rorschach inkblot,” the artist goes on. “For example a black horse, with a highly groomed coat, is pictured standing against a black photographic backdrop - this image is flipped and both are presented alongside one another as a diptych, suggesting a left and right view - in an attempt to articulate or describe the physical presence of the horse.” 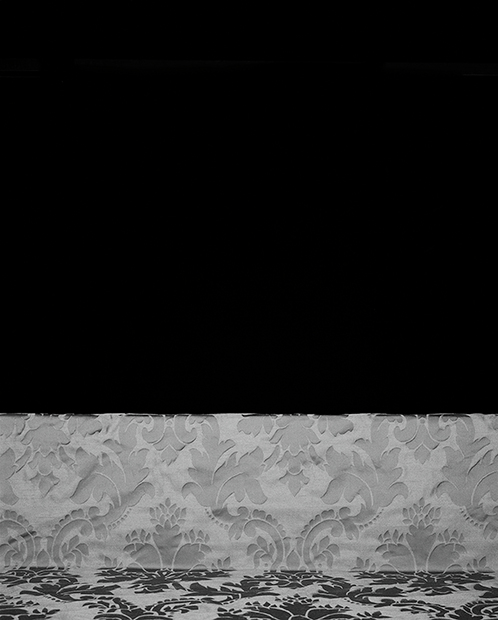 Like the early stereoscopic prints, Jones tries hard to bring us the real object, and yet, in so doing, allows us to notice the artifice, limitations and perhaps some of the charms of photography. 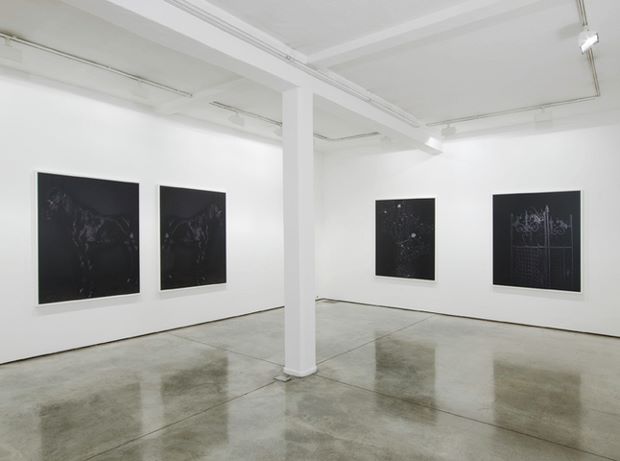 For more on the New York show, which runs until April 26, go here; for the London one, which closes on April 19, go here, and to learn more about Jones and her contemporaries, pick up a copy of Photography Today, here.