At first glance David LaChapelle's Land Scape series of photographs look a little like Edward Burtynsky's 2009 oil-industry images, or Ed Ruscha's better-known Twenty Six Gas Stations series. Yet on closer inspection, these refineries and petrol pumps aren't lifelike representations, but photographs of scale models, crafted from consumer goods, such as hair curlers, that are themselves made with a little help from oil industry derivatives. 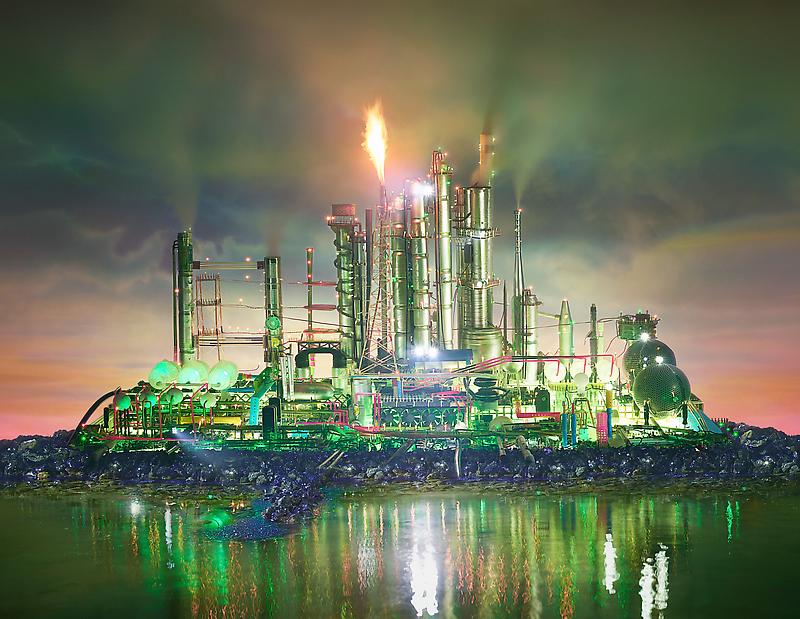 In an accompanying essay for Land Scape, on show at Paul Kasmin in New York until 1 March, the critic and curator Shana Nys Dambrot writes that LaChapelle's series "represents the globally networked industrial infrastructure of oil production and distribution. The gas stations and refineries that populate iconic locations are staged as architectural avatars of a planet coping with the stresses of peak-oil, - even as the buildings' dazzling spectacle and retro-future aesthetic distracts from the dangers of their function." 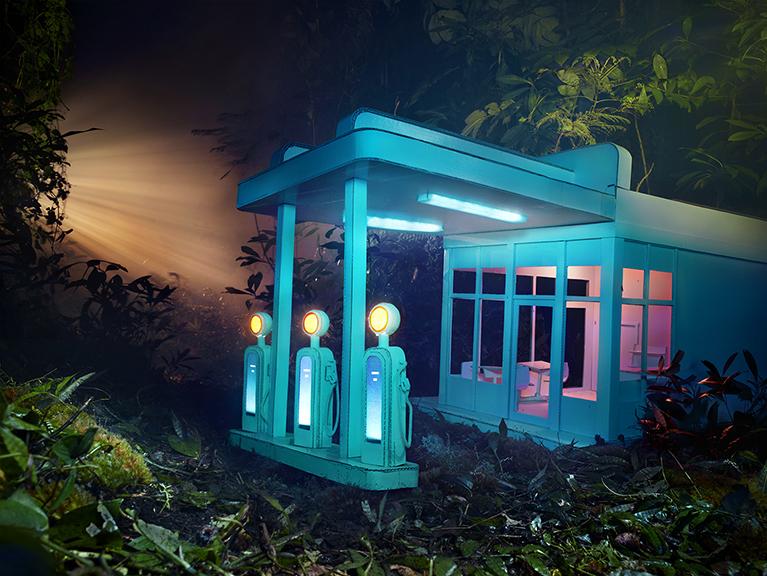 It's a neat encapsulation of the show. Yet, in an Art Info interview, the photographer writes that he didn't set out to examine oil production directly, but began with a vision. "I just had this image in my head of a gas station in the jungle like a little glowing temple," he told ArtInfo. "I didn't know what it meant at the time. I just saw the image and I thought it was beautiful." 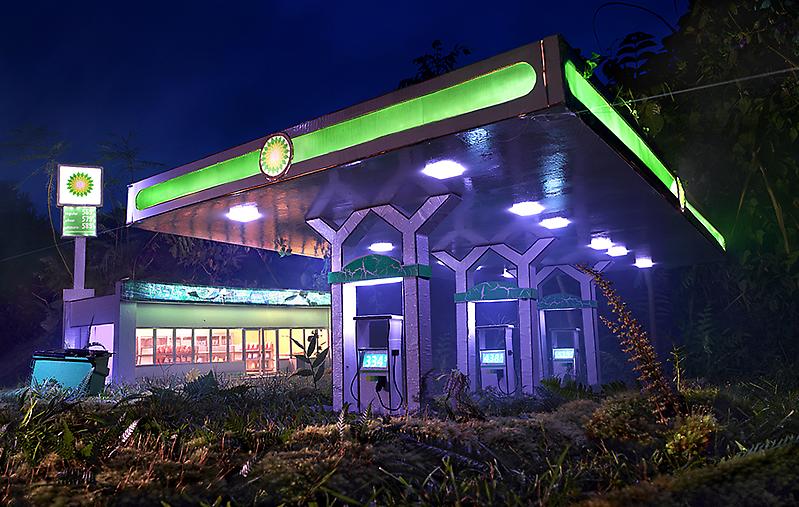 LaChapelle, who is best known for his highly stylized celebrity portraiture, set about building the sets in the forests of Maui, the Hawaiian island where he lives. Then, having created one set from consumer waste, the ideas behind a greater themed series occurred to him.

"We're at a precipice," he says. "I can't imagine 20 years from now the world moving as rapidly as it is." The more arid oil refinery shots were taken in California, while the lusher, jungle scene closer to home. Not every beer can and scrap of cardboard in LaChapelle's maquettes was derived from crude oil, however, the trashy leitmotif still holds. Interestingly, for a series that could so easily be read as a firm argument against big oil, LaChapelle doesn't mind making the photographs beautiful. 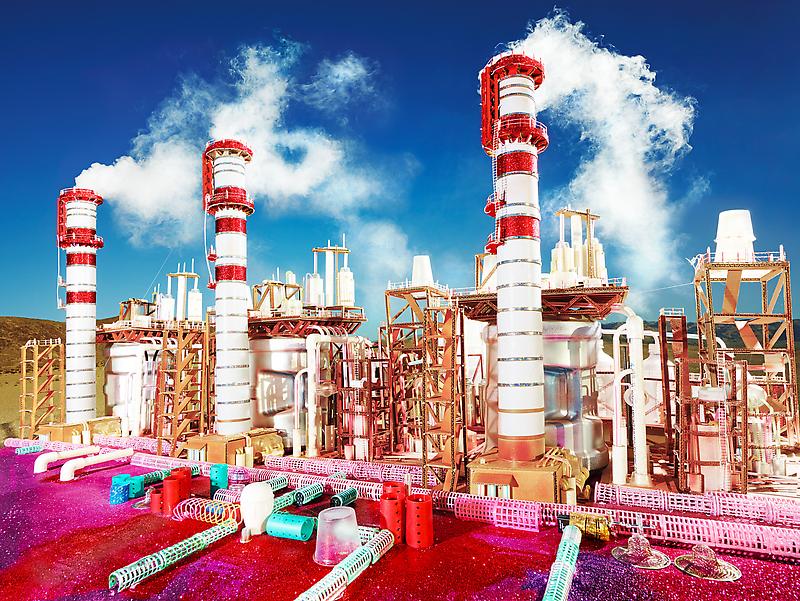 "When you're a child and you see these refineries at night, you think, 'Oh how beautiful, like the Emerald City, or Oz.' And then you see them as a grown up and think, 'Oh that's bad, it causes pollution.'" He says, "Well it's neither good or bad, it's what you do with it."

To find out more, go here. For a greater understanding LaChapelle of and his peers, pick up a copy of our excellent photographic overview, The Photo Book. For a good grounding in contemporary photographic practices, order our great forthcoming title, Photography Today. And for an insightful mediation of our ecological future, pick up a copy of Jonathon Porritt's The World We Made. Buy them, from the people who made them, here.