French photographer Franck Allais is fast becoming one of our favourite photographers here at Phaidon.com through his quirky, eye-catching, occasionally disturbing and always thought-provoking images for Guardian Weekend, Telegraph magazine and Glamour among others. 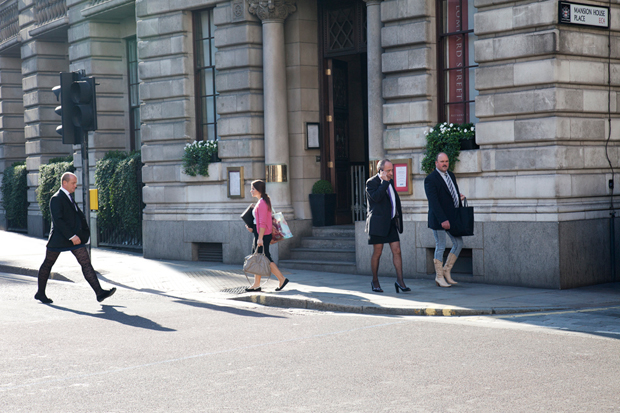 A couple of months back we featured his clever Weight Of Words series of photographs in which he photographed the branded cars, vans and lorries that passed through a particular neighbourhood in a set time period. Once he'd captured his shots he erased the vehicles from the photographs but kept their logos and markings 'hanging' in mid-air. 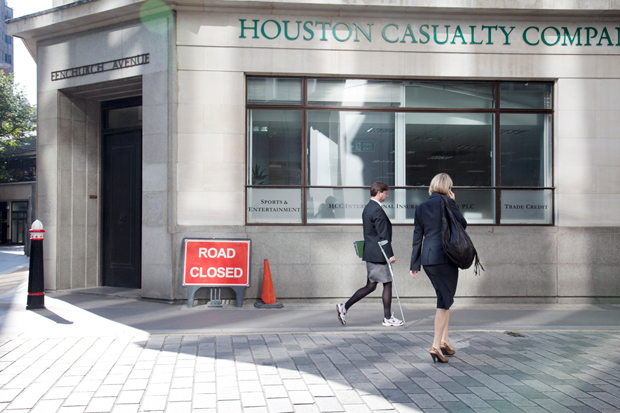 Now he has his first ever show in London next month at which he'll present a new series of photographs. Last month he told us: “I like the challenge of making something interesting out of something ordinary. Really I’m just trying to get people to question what they normally see.” 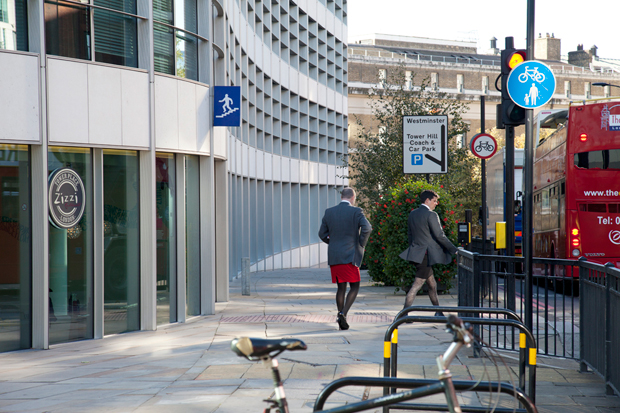 Well, as you can see, the new photographic series, called Subverting The City (the third part of his ongoing In Passing project), are firmly in this ahem, camp. Like Weight Of Words you can see what he's done here, yet the result still surprises. 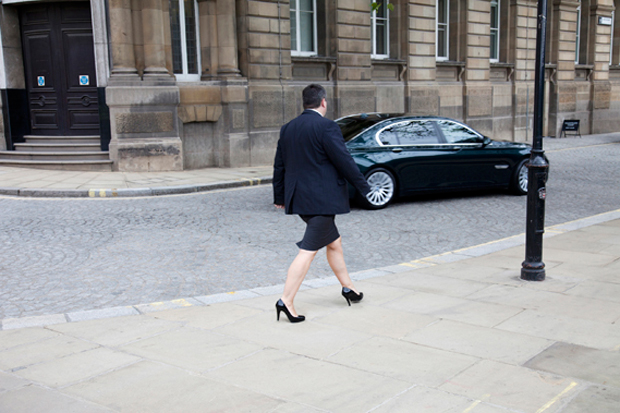 Allais has described his work as "playful" and "disturbing". Find out where you stand by visiting his website and visiting KK Outlet in Hoxton Square between February 8 -26. 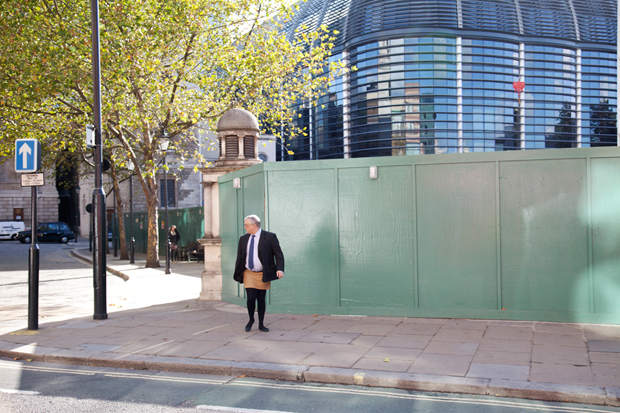