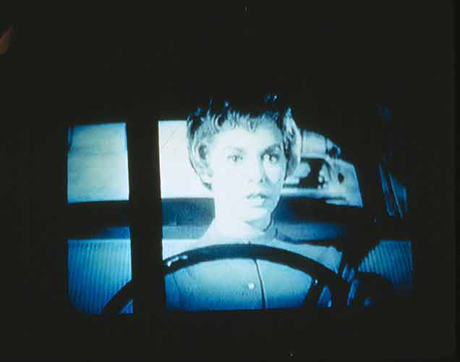 How did Glasgow turn out so many great contemporary artists? That's the question the BBC is trying to answer with its Grit and Glamour documentary. Some put the emergence of the 'Scotia Nostra' set - Douglas Gordon, Simon Stalling, Martin Boyce, Richard Wright et al - down to David Harding's course at the Glasgow School of Art, while others think the city produces '"a better class of yob".

Three new Raphaels discovered in the Netherlands  In preparation for their Raphael exhibition - the first of its kind to be held in the country - the Teylers Museum in Haarlem believe they have identified three further drawings in their collection that were produced by Raphael. "Drawings by Raphael and his school are a true minefield", said Michiel Plomp, the head curator, before adding that these pictures, once thought to have been executed by Raphael's pupils have "distinct features that clearly reveal Raphael's signature".

Art Fairs down under  From 2013, Australia will have art fairs alternating annually between Sydney and Melbourne. "When you look at all the art fairs that are emerging around the world - and particularly in the Asia-Pacific [region] - they're dynamic, they're growing, they're competitive and, whether we like it or not, they're taking our ground," said Melbourne Art Foundation chairman Ken Fehily. 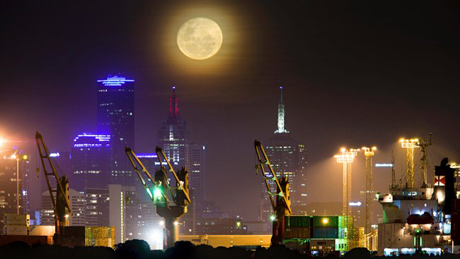 Tate Britain takes a look back at London  The Tate Britain offers a photographic exhibition to compliment the capital's Olympic summer. The gallery's Another London show, opening towards the end of this month, draws together images of the city shot between 1930 and 1980 by international photographers, including Bruce Davidson, Henri Cartier-Bresson and Wolfgang Suschitzky.

Scream for the camera  US commercial photographer Billy Hunt has constructed a device that shoots subjects when they scream. Hunt hopes his Screamotron 3000 will "offer a window through the inherently artificial process of portraiture into real human emotion." "It can be a little rough having people yell at you all day," he adds, "but I find it so interesting how human emotion plays out." 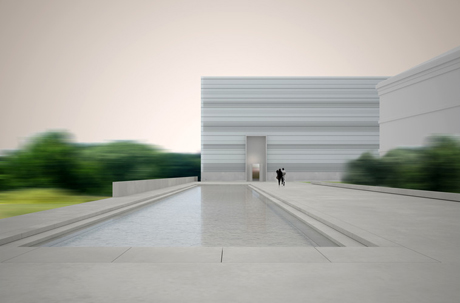 The winning design for the New Bauhaus Museum  Professors Heike Hanada and Benedict Tonon's plans were picked for the new Bauhaus museum, to be built at the edge of the Weimarhallenpark, in Weimer. According to Professor Dr. Wolfgang Holler, General Director of the museums, the new building will bring about "the ideal conditions for presenting the wonderfully varied Weimar Bauhaus collection to visitors at the highest level and with maximum flexibility".

Does Zaragoza's new park epitomise austerity architecture? Built in an old gravel quarry and rubble dump, beside a canal on the Spanish city's south-western district, the new Valdefierro park clears and scrapes up the old debris, to built a terraced, rough-hewn haven.

New database of old stone  English heritage, working in conjunction with the British Geographical Survey, have drawn up a database, to help builders and restoration experts find the right kind of stone to match the country's crumbling edifices. 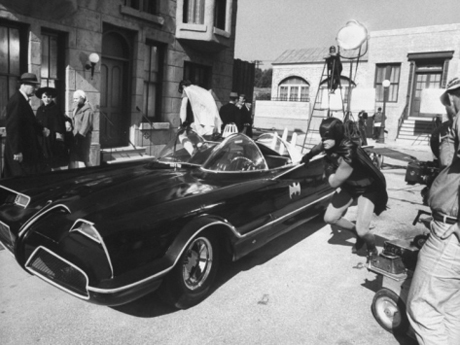 Holy set design!  To coincide with the release of The Dark Knight Rises, Life magazine pulls out a shoot from its 1966 archive, offering a behind the scenes view of the sets, props and costumes used in the iconic Batman TV show.

Shuttling back What can the soon-to-be-exhibited Space Shuttle tell us about seventies design? For News Week's Blake Gopnik "it's an icon of what the '70s looked like. It's also a reminder of how far we've come from the aesthetic behind it."

Melbourne makes light work  The city's Gertrude Street Projection Festival opens this Friday, in the Fitzroy district of Melbourne. The event takes the hoary old son et lumière shows and throws them into a city setting, with video and laser works lighting up the district's façades.