Filmmakers, photographers and art world luminaries are spearheading the post-Sandy clear up - you can help too

Despite power being returned to much of New York, and the rest of the world moving on from 'the story' - many neighbourhoods are still feeling the effects of hurricane Sandy. Neighbourhoods such as Rockaway, a utopic Long Island peninsula that's home to a diverse artistic community. The Hurricane Sandy- related struggles of the barrier reef town hit the headlines when a phone message from local Michelle Cortez to a friend Heather D’Angelo became public towards the end of last week.

Unable to reach her friend she left the following message: “Hey Heather it’s Michelle. I don’t even know what to say. I’m just happy that we’re alive. There’s no power, there’s no phones, it’s like a scene out of some end of the world movie and that’s no exaggeration, no words can describe it. The boardwalk is gone. My friends are without homes, there’s pieces of boardwalk in my front street,” Cortez continues. “There are cars on top of cars. A 100 houses lit on fire and are gone. I can’t see my block we’re walking in piles of sand and garbage and furniture but we’re OK.”

As word got out, photographers and filmmakers made their way over to see the damage for themselves. Among them were Magnum’s Peter van Agtmael whose photographs appeared on the New Yorker’s website last week depicting truck loads of people being transported to shelterblocks of houses destroyed by a fire which ran through Breezy Point. 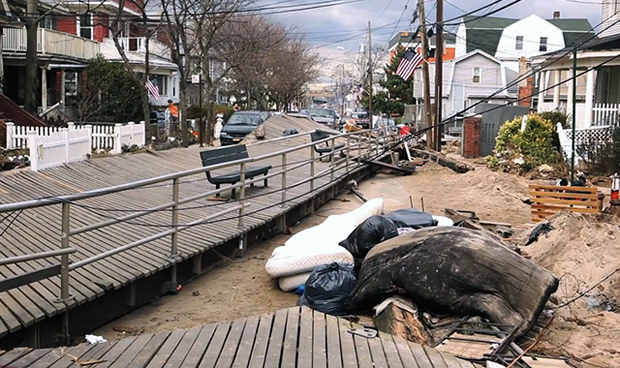 Filmmakers Alex Braverman and Poppy de Villeneuve became aware of Cortez’s voicemail message and spent Friday filming the destruction and displaced people in the area. The film ‘Rockaway Needs Us’ is the outcome. The message Cortez left her friend is laid over images of the destruction.

MoMA PS1 curator Klaus Biesenbach was among those who assisted in the clear up of Rockaway. He drafted an open call-for-help letter to Mayor Bloomberg, co-signed by Lady Gaga, Madonna, James Franco, Gwyneth Paltrow and Patti Smith. 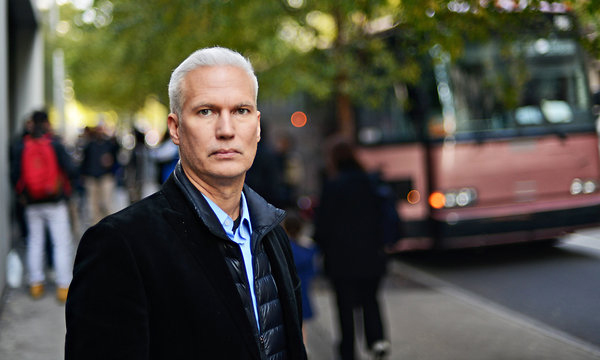 The people of Rockaway may be OK, but their homes and neighbourhoods aren’t and they need your help. To find out how you can help go to [Rockawayhelp.com](Rockaway: http:/rockawayhelp.com)