You may know Frank Thiel through his photographs of the transformation of Berlin from the mid-90s to the mid-noughties. These representations of a city and culture - literally torn down and rebuilt from the ground up - were a huge hit both with city natives and photography critics further afield, and helped cement his reputation for creating huge photographs that went beyond simply awe inspiring and made the viewer really question the transient nature of what was around them.

His latest photo series, Nowhere is a Place, on show at the Sean Kelly Gallery in New York from the end of this week, is no less impressive and sees the photographer travelling further afield from his native Berlin to photograph Ice flows and formations in Patagonia, Argentina. 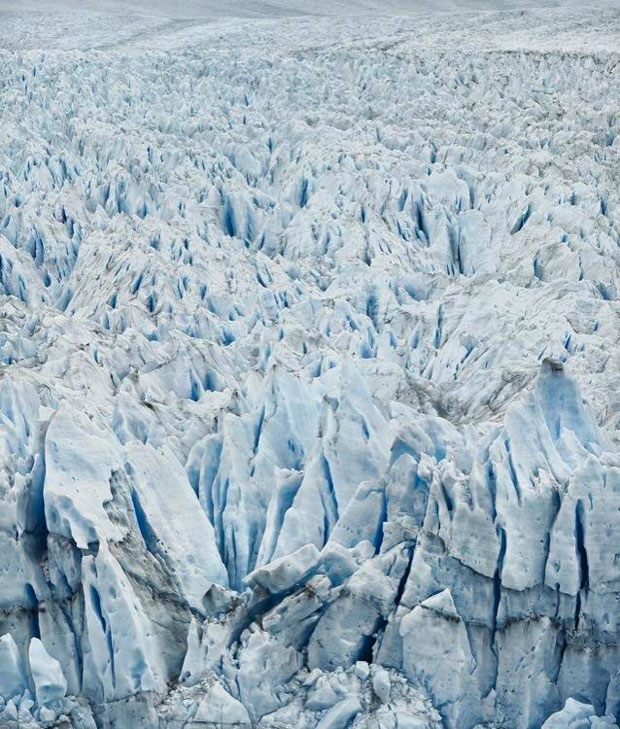 The show features the artist's largest work to date, a 9 metre (29 feet) long photograph of the Perito Moreno Glacier in Los Glaciares National Park, part of the third largest ice cap in the world.

The glacier rises 74 metres (240 feet) above the water surface of Lake Argentino 170 metres (560 feet) below it. Thiel has created huge three metre high prints to capture the gargantuan scale of the 18 mile long by three miles wide formation.

Given the subject matter you'd be forgiven for thinking that the standpoint might be that of the concerned environmentalist. But the Perito Moreno glacier is one of the few in the world that is actually growing rather than  shrinking - something the gargantuan nature of the photographs perhaps at. The show starts this Friday (January 31) and runs until March 22. You can find more information at The Sean Kelly Gallery's site.

And don't forget to check out our forthcoming photography titles for 2014 on pre-order in the store now; among them Joel Meyerowitz, the Photo Book A History, Cindy Sherman and Photography Today.