The Californian photographer bends, creases and screws up her images, even if she likes them

These photographs may look like someone has been a little overzealous with the warp tool but in actual fact they’ve been nowhere near Photoshop.

Response series is by Oakland-based photographer Laura Plageman. In it Plageman photographs landscapes, prints the images then manipulates, folds and crushes them before re-photographing them. These unusual images invite viewers to look further into the image in an effort to determine the difference between the folds and natural perspective. 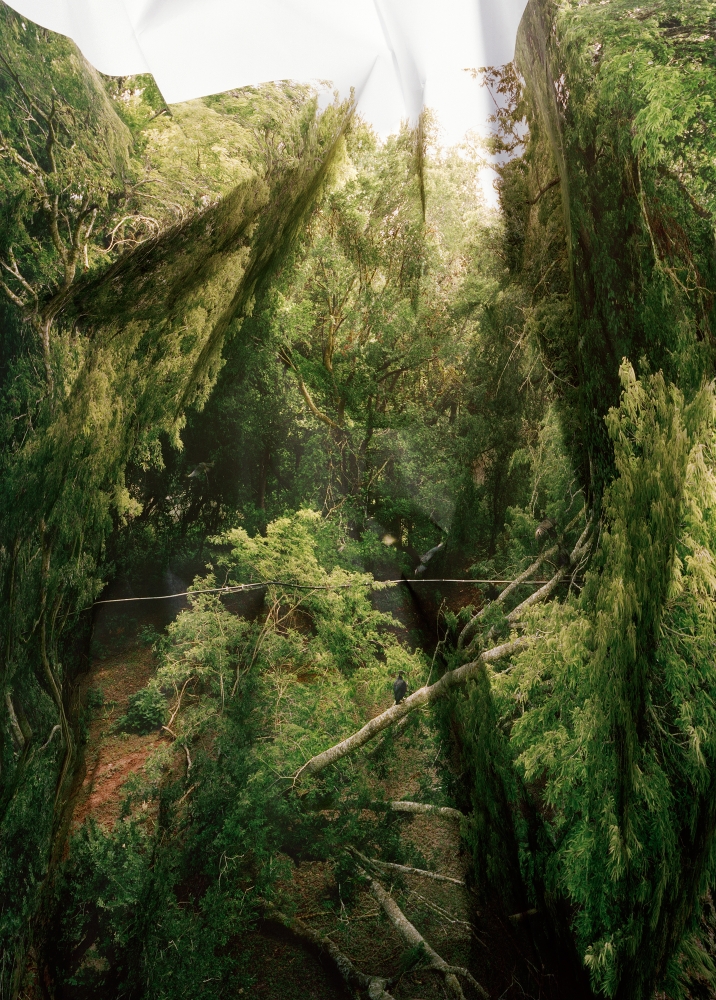 Response to print of Vulture Roost, Texas (2010) by Laura Plageman

“Through physically altering enlarged prints and then re-photographing the results,” Plageman says she creates “works that oscillate between image and object, photography and sculpture, landscape and still life.” 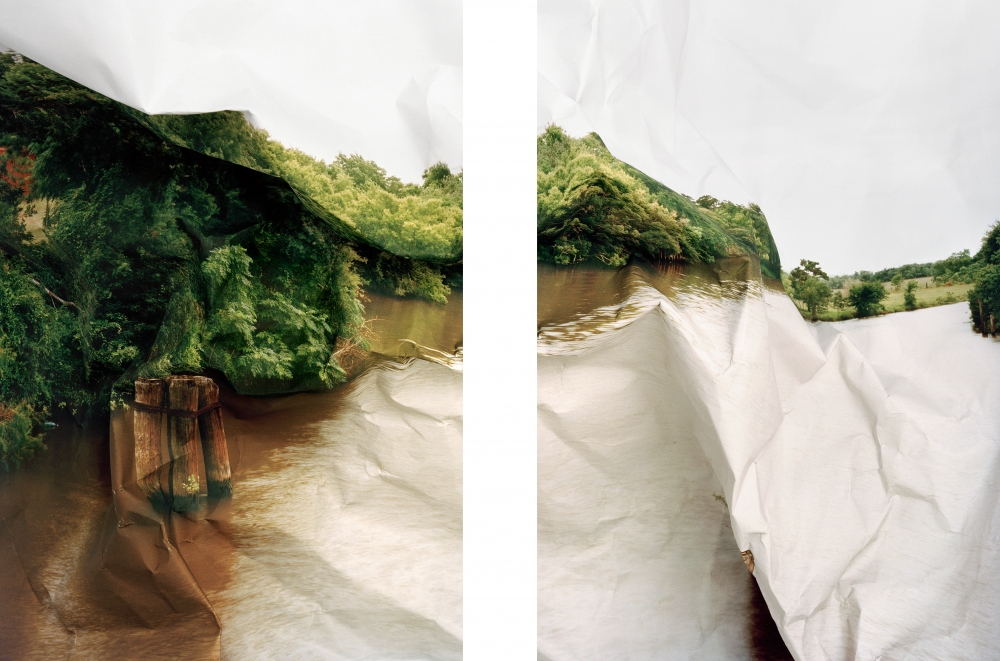 Response to print of River Bend, Texas (2011) by Laura Plageman

Using a large format camera to control the perspective in her original images Plageman –  who has exhibited her work in San Francisco, New York, Portland, Seattle, and in Galway, Ireland – makes her original shots as detailed as possible so that she can retain depth and texture while manipulating them later. 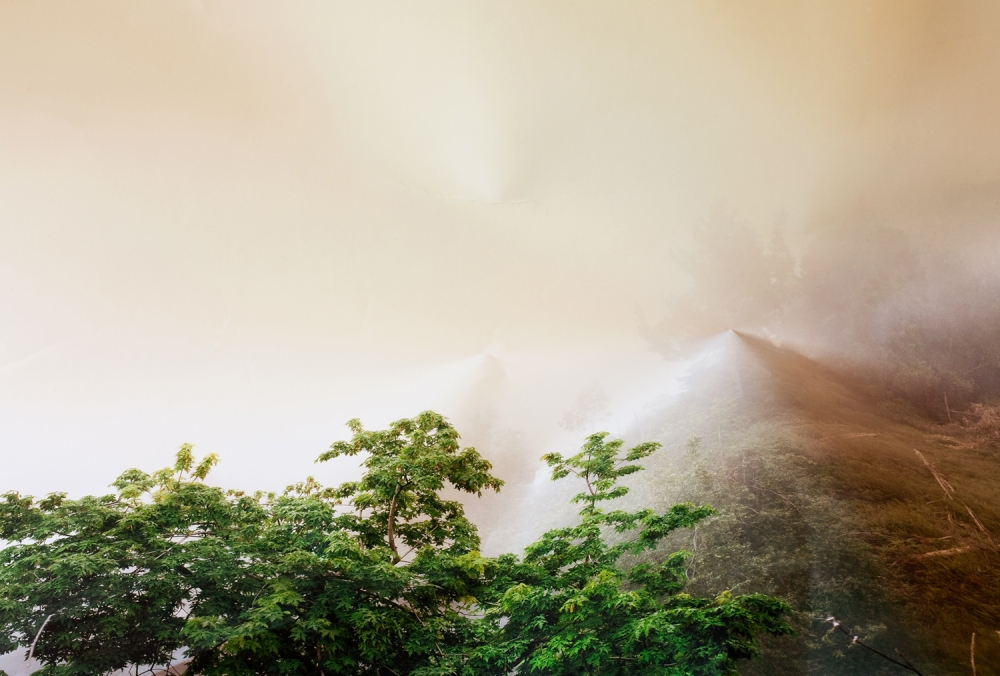 Response to print of trees and fog, California (2011) by Laura Plageman

“My process unfolds through observation and experimentation - I let the image and its materiality dictate its direction,” she explains. “Playing with paper and with light in unplanned and organic ways, I look for new ways to perceive the space, form, and context of my subjects. In some works, large pieces of the original image are torn out while in others, smaller parts are more subtly altered.” 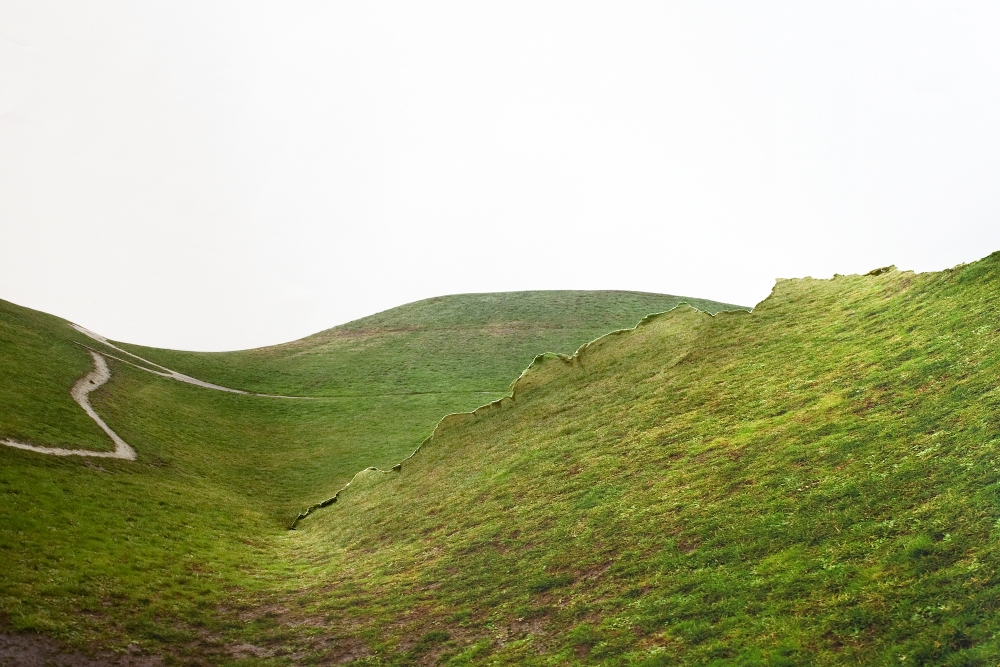 Response to print of Green Hill, Washington (2010) by Laura Plageman

To see more of Plageman's work, go here. For greater insight into the ways manipulated and presented their work over the years, take a look at our Photobook series, edited by Martin Parr and Gerry Badger. Buy it, and other great photographic volumes, from the people who made them, here.